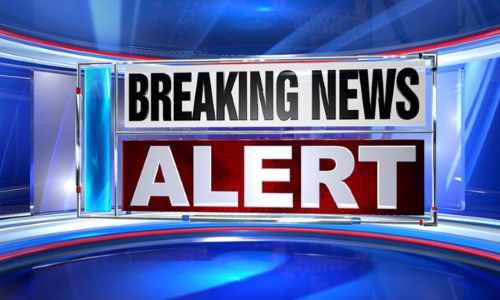 Japan has detected radio signals suggesting North Korea may be preparing for another ballistic missile launch, although such signals are not unusual and satellite images did not show fresh activity, a Japanese government source said on Tuesday.
After firing missiles at a pace of about two or three month since April, North Korean missile launches paused in September, after Pyongyang fired a rocket that passed over Japan's northern Hokkaido island.
South Korea's Yonhap news agency, citing a South Korean government source, also reported that intelligence officials of the United States, South Korea and Japan had recently detected signs of a possible missile launch and have been on higher alert.


Asked about the media reports, Pentagon spokesman Colonel Robert Manning told reporters the United States continued to watch North Korea very closely.
"This is a diplomatically led effort at this point, supported by military options," he said." The Republic of Korea and U.S. alliance remains strong and capable of countering any North Korean provocations or attacks."

Now a government source has claimed a missile tracing radar has been switched on at the unspecified base, the South Korean-based Yonhap news agency has reported.
“It’s true that active movements have been detected at a North Korean missile base,” the source is quoted as saying.
“Signs like those spotted Monday have recently been detected frequently.”
“We need to watch a while longer before determining whether the North is preparing a missile launch or gearing up for (its own) winter drill that starts Friday.”
A South Korean defence ministry spokesman declined to comment on the report, but similar reports from Tokyo have negatively affected its stock exchange.
The Japanese government is on high alert after detecting the same radio signals, sources told the Kyodo news agency.
One said: “North Korea might launch a missile within the next few days.”


The Japanese sources suggested the signals may be related to the North’s winter military training as satellite images have not shown any missile or moveable launch pad.
Satellite images of a North Korean naval shipyard taken earlier this month indicated Pyongyang is pursuing an “aggressive schedule” to build its first ballistic missile submarine.
North Korea’s leader Kim Jong-Un visited a new catfish farm northeast of Pyongyang this week in the latest outing to coincide with a lull in weapons testing, state news reported.
In September, the North conducted its sixth and most powerful nuclear test and staged an intermediate-range missile launch over Japan.
But tensions are expected to spike again as the United States and South Korea kick off a large-scale air force drill on Monday in a new show of force against the North.
The five-day exercise, Vigilant Ace, involves 12,000 US personnel and an unspecified number of South Korean service members flying more than 230 aircraft including F-22 Raptor stealth fighters and other cutting-edge weapons at US and South Korean military bases.

I have been warning my fellow for months to prepare themselves.  Now, I extend that advice to Canadians.

Given the ongoing shenanigans with North Korea, WAR PREPS are a smart idea because any attack launched from North Korea will be followed by additional attacks inside the US (and perhaps in Canada too), by "Sleeper Cells."

They will release chemical and biological weapons to take as many of us down with them as they can.

YOU MUST KEEP YOUR PREPS SECRET

The worst part of this situation is that you cannot tell ANYONE that you have made preparations.  The overwhelming majority of people simply will not take _any_ steps to prepare.  And when disaster strikes, they will come knocking on YOUR door, begging for help.

Many of you will find yourselves in a situation where people you've known for years, come begging you for food and you'll face a stark choice: Feed THEM, or feed YOURSELF.  They had a chance to prep but didn't.  They made that choice, they have to live (or die) from it.  Only the strong survive.  The weak and weak-minded do not.

If you make the mistake of bragging or telling anyone that you're making preparations, they'll stick that in the back of their minds and do nothing, figuring they can come to YOU when the SHTF.  ANd if you make yet another mistake of actually giving any of them food, THEY WILL TELL OTHERS!  You'll quickly find yourself totally swamped by desperate, hungry people.

HAVE FIREARMS and AMMUNITION  You should have a firearm to protect yourself and your family. When the ignorant masses start getting hungry, first they'll _ask_ for food; then they'll come to TAKE IT. You had better be ready to fend-off these predators.

Below are SOURCES via AMAZON for the items I have mentioned above.  I am NOT the Seller of any of these items. In the interest of full disclosure, I WILL earn a $1 or $2 Commission if you buy things via my web site, but the price you pay is the same whether you buy it through my site, or directly thru AMAZON.  My Commission comes out of the seller profit, so your price is not affected.  Whether you buy through my site or somewhere else, just make sure you have these preps!

Time is of the essence.  Once hostilities commence, things will get incredibly bad, incredibly fast.  There won't be any time to cover your ass once everyone in the country is trying to cover theirs.  Store shelves will be emptied in hours. Gas stations will be empty too (just like we all saw last month when Hurricane Irma hit Florida, and "the masses" waited until one day before to even THINK of getting fuel.  Thousands of them found empty gas stations.  Don't be like them.

If a hostile entity (like North Korea or Terrorists) were to release a Biological Weapon anywhere in the US, certain areas of our country (perhaps entire cities) would IMMEDIATELY be under QUARANTINE.  No one in.  No one out.

All businesses and transportation would shut down.

In order for _any_ Quarantine to be lifted, authorities must go through at least one 21 day period without any NEW infections.  Most times, they actually need TWO 21-day periods.  That's 42 days.

Do YOU have enough food at home to last 42 days?

If not, you're screwed.  Because there won't be any way to get food delivered (all businesses are closed) and you won't be allowed out to try to BUY anything.  So what then?

Anyone who thinks the government will somehow help them is an idiot.

You'd better think long and hard about getting yourself Emergency food, because if North Korea sees it's losing a war with us, they WILL release bio-weapons here in the US, and a lot of us WILL be Quarantined.  Will you or your family be among those who starve?

PLEASE SPREAD THIS ARTICLE LINK TO ANYONE YOU CARE ABOUT.  THEY SHOULD ALL HAVE AT LEAST A __CHANCE__ TO SURVIVE AND NO OTHER MEDIA OUTLET IS PROVIDING INFORMATION LIKE THIS ON HOW TO PREPARE!

No one can survive a direct impact of a nuclear bomb.  But those close to an impact zone CAN survive; and so can those farther away . . . . IF you prepare to deal with the issues created by an attack.

In a nuclear attack, the immediate blast zone is totally lost.  Vaporized.  Nothing survives.   Within 3 miles of the blast zone, windows are instantly shattered by the force of the blast – both the wind and the sound wave. 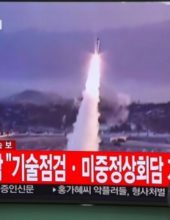 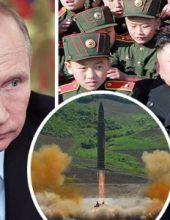 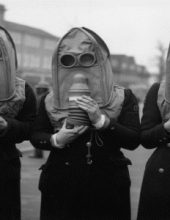