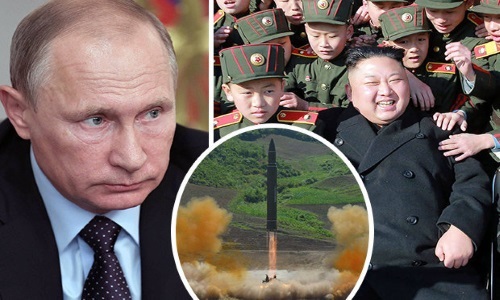 RUSSIA has dramatically relocated 1,500 people from its border with North Korea after Kim Jong-un's latest missile launch, it was reported today.

Russian civil defense officials were reportedly ordered to shift residents in the country's far east to "safe areas" in a extraordinary move amid fears of a major coming conflict.

North Korea angered the international community by launching a missile that flew directly over Japan.

In response, US President Donald Trump threatened the communist state with military action, warning "all options are on the table".

As Trump reeled from the provocative test, thousands of people from the city of Vladivostok were moved as part of an emergency operation.

Russia President Vladimir Putin fears the US may wage war against the secretive state after Trump threatened to unleash "fire and fury" should it fire more missiles.

The order to evacuate residents "came from the regional department of the Russian Ministry of Emergencies" according to pro-Kremlin media outlets.

The civil protection department in Vladivostok was instructed to relocate residents living in the border area with North Korea.

It appears to have been triggered by the launch of a missile over Japan in the tinderbox region which has led to soaring tension in Asia.

Russian foreign ministry spokeswoman Maria Zakharova has warned that the North Korean crisis could morph into an armed confrontation and "lead the world to the brink of a catastrophe".

Yet Russia also maintains political and business ties to Pyongyang.

The war exercises took place in Russia’s eastern Transbaikal region – around 3,000km (1,300miles) from its border with North Korea.

Putin made a similar move earlier this year when he sent soldiers to Russia’s border with North Korea in anticipation of a bust-up.

Relations between Moscow and Washington have frayed in recent weeks after the US slapped Russia with more sanctions.

In response, Russia has refused to rule out military action if Trump approves further sanctions.

North Korea’s surprising missile shot over Japan is just the beginning of more serious actions, according to state media.

North Korea launched a Hwasong-12 intermediate-range ballistic missile (IRBM) over Japan early Tuesday morning, according to the Korean Central News Agency. The state-run media outlet warned that the launch was a “meaningful prelude to containing Guam,” which North Korea perceives as a forward base for a possible allied invasion.

The North Korean military presented a plan to dictator Kim Jong Un in mid-August to launch four IRBMs into waters around Guam earlier this month. Kim approved but decided to delay the launch, expressing a desire to “watch a little more the foolish and stupid conduct of the Yankees.”

“In order to defuse the tensions and prevent the dangerous military conflict on the Korean peninsula, it is necessary for the U.S. to make a proper option first and show it through action,” the North said at the time, offering the U.S. the opportunity to defuse the situation.

The North “should show action, not talk, to the U.S. imprudently denying the DPRK’s initiative measure for easing the extreme tension,” state media explained.

North Korea is still determined to offer the U.S. a way out though. “The DPRK will continue to watch the U.S. demeanor as already declared and decide its future action according to them,” KCNA said, citing Kim Jong Un.

It is unclear if North Korea is bluffing or revealing its legitimate strategic intentions, but it is worth noting that Pyongyang has been increasingly turning rhetoric into reality through advances in its ballistic and nuclear weapons programs. Many observers suspected that North Korea’s claims that it can field a nuclear-armed intercontinental ballistic missile capable of threatening the continental U.S. were bluster, but the country now has this kind of weaponry.

While it is essential to recognize propaganda, it is also important to remember that North Korea has revealed critical information on numerous occasions in its past state media reports.

Regardless, the North is signaling that it will be firing more missiles into the Pacific. “It is necessary to positively push forward the work for putting the strategic force on a modern basis by conducting more ballistic rocket launching drills with the Pacific as a target in the future,” KCNA reported. 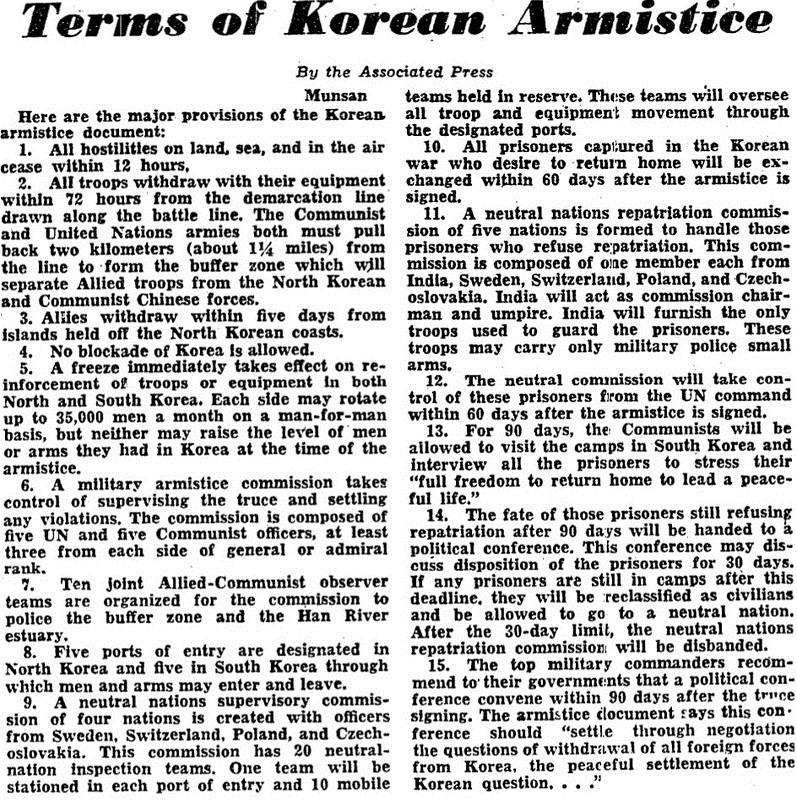 UPDATED 12:15 PM EDT SEE BOTTOM – – As some of you may know, for 15 years (1993-2008) I worked as a national security intelligence asset for the FBI. The final five years, from 2003-2008, with their Joint Terrorism Task Force (JTTF).  In that role, I forged many close relationships with high level people throughout the US Intelligence Community.  All that ended in 2008, and six months or so later, the Obama regime betrayed me by Indicting me for an Editorial I wrote on this web site, in which I said three judges in Chicago were Traitors to the Constitution who "deserve to be killed."  I said that was an Opinion; the government said it was a "threat" — putting me on trial THREE TIMES (two hung juries) – and ultimately imprisoning me for 33 months.  Thankfully, despite the raw deal I got, I have maintained close relationships with my former colleagues in the US Intelligence Community, who feed me detailed information of importance.

At 5:00 this morning, my "Silent Circle" encrypted phone began ringing off the hook. It was some of my former colleagues informing me that the United States stunned the UN Security Council during its closed session on Tuesday, by telling the world body "The United States may withdraw from the Korean War Armistice" in response to the firing of missiles by North Korea over the territory of Japan and into the Pacific Ocean.

Ambassador Nikki Haley was widely quoted by mass media as saying "Something serious has to happen" as a result of the latest missile barrage.  But only now are the alleged details of that "something serious" being leaked.

Sources familiar with the discussions at the UN say the US told the UN it is considering withdrawal from the Armistice and may further state "Any future missile launches or nuclear test detonation by North Korea will result in resumption of hostilities on the Korean Peninsula."

This would be a "red line" that North Korea could not pass without assurance of military action against it.

South Korea is against such an announcement because it brings such absolute clarity to the murky situation with North Korea. No one wants a war. But the testing being done by North Korea has specific purposes for FUTURE WAR by THEM!

Remember, it was North Korea which invaded South Korea without warning in the 1950's.

It was only then that China sent "volunteers" to aid North Korea, resulting in three more years of bloody slug-fest until both sides agreed to a Cease Fire (Armistice) setting the border back at its original location of the 38th Parallel.

On March 11, 2013, the North Korean army declared invalid the armistice agreement that ended the Korean War in 1953, the official newspaper of the country's ruling Workers' Party said.

North Korea had been threatening to scrap the armistice after the U.N. Security Council passed tougher sanctions against it in response to its February 12 nuclear test.

On March 11, 2013, the Rodong Sinmun newspaper reported that the Supreme Command of North Korea's army had done so, saying "the U.S. has reduced the armistice agreement to a dead paper," the newspaper said.

North Korea also cut off direct phone links with South Korea at the inter-Korean border village of Panmunjom, according to South Korea's Yonhap news agency. The phone line was the emergency link for quick, two-way communication between the two sides.

Since the two sides remain technically at war, it remains to be seen whether the invalidation means that either side can resume hostilities.

From that time, North Korea has undertaken a "military first" national policy for the expressed purpose of reuniting the Korean peninsula.  Their pursuit of nuclear weapons is specifically designed to prevent the US from returning to the Peninsula to assist if the North attacks the South Again.

Put simply, North Korea has been planning to takeover the South and wants to make sure the US can't help them this time.

But in creating nuclear weapons – in direct and repeated violations of UN Security Council Resolutions — North Korea set itself on a course to be able to intentionally threaten U.S. cities with nuclear destruction.  And that course simply will not be tolerated by the US.

For decades, various US Administrations "kicked the can down the road" over the North Korea situation, opting to try negotiations, foreign aid, food aid and dialogue.  In those decades, the US has been repeatedly lied-to, and made fools of, by the North Koreans.

All that ended with the election of Donald Trump as US President.

Realizing the jig is up, both China and Russia agreed to vote in favor of additional harsh economic sanctions via the UN Security Council last month.  Yet despite the very serious new sanctions, North Korea proceeded to fire missiles over Japan.

This prompted the Russian Foreign Ministry to say "Sanctions have been exhausted."

Well, if Sanctions have been exhausted, then there are only two choices remaining:

Few can even imagine the US accepting North Korea as a nuclear power, which is likely why Russia has begun evacuating citizens from Vladivostok, in preparation for a likely severe military conflict in the near future.

The U.S. has been talking to North Korea, and paying them extortion money, for 25 years. Talking is not the answer!

When asked if this information was correct, the White House responded only with "All options are on the table regarding North Korea."

I strongly recommend you prepare yourselves for war.  If war begins, SLEEPER CELLS will attack US infrastructure like Highway and railroad bridges, making the transportation of food and fuel very difficult – perhaps for months.  They are also expected to sabotage our electrical grid and public water supplies.  Lastly, it is well known that North Korea has Biological weapons of Smallpox and Anthrax.  They would use such weapons once they begin losing any new conflict, so as to "take as many down with them as they can."  You really ought to prepare – right now- just in case.

Release of any Biological Weapons would cause a QUARANTINE for at least a month to assure no new cases.  In that time, you will have to feed yourself and your family because there won't be any way to get food; no calling-out for deliveries!

If they sabotage our electrical grid, you will need a way to generate electricity to keep your refrigerated food from going bad, and to have some lights.  You'll also need fuel for that generator – and for your car if gas stations cannot be refilled due to infrastructure sabotage.

If they sabotage our public water supplies you will need Emergency Water to tie you over for awhile.

Here are some products that you and your family may find helpful to begin acquiring so as to be prepared: