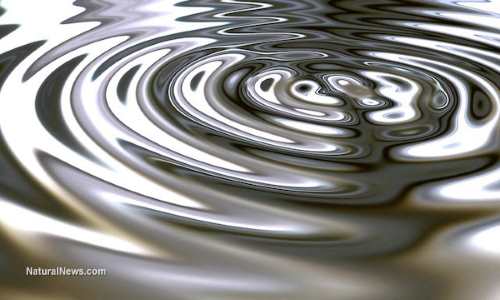 An indigenous tribe living along the English-Wabigoon River system in Ontario, Canada, has suffered decades of mercury poisoning at the hands of a now-closed paper and pulp mill. The chemical leached into the waterways between 1962 and 1970, contaminating fish and destroying the lush ecosystem that provided sustenance for the Grassy Narrows Tribe.

News coverage by the Toronto Star details the persistent cries for help from the tribe, urging the government to assist in the cleanup of mercury contamination, which continues to cause health problems among its people.

The government has acknowledged the need for a cleanup since 1984, but has done little to facilitate the costly process. It has now been revealed that taxpayers (and not the industry) are responsible for funding a program that will monitor the contamination site for further pollution.

The Ontario government initially sought to get the two former owners of the pulp mill in Dryden to pay for ongoing environmental monitoring where some 9,000 kilograms of mercury were improperly disposed of in the river.

But according to CBC News, a deal struck by Ontario to help sell the mill in 1979 worked to protect the future owners of the mill, as revealed by court documents.

"The mercury continues to contaminate the water and fish and poison the people at Grassy Narrows and Wabaseemoong (Whitedog) First Nations, who rely on fish as a dietary staple. A recent report, funded by Ontario, shows there may be an ongoing source of contamination at the mill site.

"In 2011, Ontario's Ministry of Environment issued a remediation order against pulp and paper giants Weyerhaeuser and Resolute, both former owners of the mill, regarding a mercury disposal site on the mill property," reports CBC News.

"The American companies fought the order, and last month, the Ontario Superior Court sided with them.

"The ruling goes back to a 1979 decision by government to encourage the sale of the paper mill while its owners were being sued for the mercury contamination by Grassy Narrows and Wabaseemoong (Whitedog) First Nations.

"Protection from future environmental liability was offered to then-mill owner Great Lakes Paper and previous owner Reed Paper by the province in 1979, in part because 'enabling the modernization and upgrading of the plant in the community of Dryden was deemed to be in the public interest,'" court documents show.

"That protection was reiterated in a 1985 settlement of the lawsuit because both companies 'agreed to contribute substantial sums of money' toward the $17 million of compensation package for the First Nations.

Silent but deadly and pervasive killer

Mercury is most dangerous to women and children, but even in adults the toxin may cause tunnel vision, hearing loss, problems with speech and tremors. Two years ago, the Ontario government said "symptoms consistent with mercury poisoning are still evident" among the Grassy Narrows Tribe.

Because the government has failed to take action, the tribal people "continue to be needlessly exposed to high concentrations of toxic mercury, in their water and food, which is making them sick," said Faisal Moola, Ontario director of the David Suzuki Foundation, an environmental nonprofit.

"Grassy Narrows can be cleaned up and the fish in its lakes and rivers can become safe to eat again — but only with political will to take action."