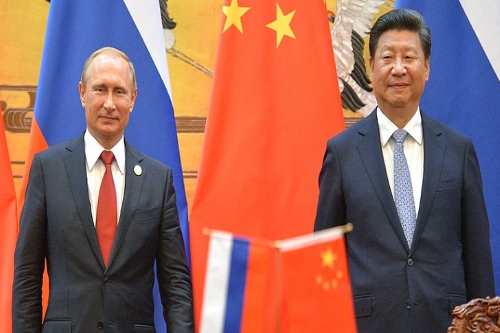 Military Intelligence and Security Service (MUST) of the Swedish Armed Forces Central Command informed the Ministry of Defense (MoD) they have joined the investigation into the cause of Nord Stream pipeline terrorist attack, that was timed to occur with the opening of the Baltic Pipeline, delivering natural gas from the North Sea through Denmark to Poland, says lead Swedish Prosecutor Mats Ljungqvist publically stated: “Preliminary investigation concerns suspected gross sabotage against the gas pipelines in the Baltic Sea…I have decided, together with the security police, to carry out a number of supplementary investigations at the crime scene…Following the request, the armed forces have decided to assist the preliminary investigation”—after which the MoD released the beyond shocking statement: “Units of the British Navy were involved in a “terrorist attack”, which destroyed the key Nord Stream gas pipelines…Royal Navy operatives took part in planning, supporting and implementing”the plot to blow up the infrastructure in September”.

During the past few hours, this report notes, Sevastopol Governor Mikhail Razvozhayev told journalists: “Ukraine unsuccessfully attempted a major drone bombardment early on Saturday on the Crimean port of Sevastopol, home to Russia’s Black Sea Fleet…It was the largest attack of this nature on the peninsula since the launch of Russia’s military operation in Ukraine in late February”—shortly after which the MoD released an urgent war bulletin stating: “Today at 04:20 am, the Kiev regime carried out a terrorist attack on ships of the Black Sea Fleet and civilian ships…Nine drones and seven autonomous marine unmanned vehicles were involved in the attack…All air targets were destroyed…The preparation of this terrorist act and the training of military personnel of the Ukrainian 73rd Maritime Special Operations Center were carried out under the guidance of British specialists located in the city of Ochakov-Nikolaev Region…These experts from the UK Royal Navy, who were preparing military personnel of Ukraine’s 73rd Maritime Special Operations Center for the recent terrorist attack in Sevastopol, were also involved in the Nord Stream gas pipelines sabotage”—and due to this terrorist attack, the MoD announced it has suspended its participation in the deal to ship grain from Ukrainian ports.

At the same time Putin warned the world yesterday that “No once can sit out the coming storm”, this report continues, Chinese President Xi Jinping took his newly appointed seven-man Politburo Standing Committee to a key landmark in the Communist Party’s revolutionary rise, telling China’s most-powerful men to “strengthen their fighting capacity” and “resolutely overcome difficulties and challenges ahead”—a call to arms quickly joined by Chinese Foreign Ministry spokesman Wang Wenbin warning the socialist Biden Regime: “Let me make it clear that we have the capability and confidence to safeguard our national security interests…The United State’s nuclear blackmail will not work on China”—a warning followed by China rebuffing the President Biden  request to resume military talks, with Chinese Defense Ministry spokesman Tan Kefei factually declaring: “The United States was responsible for the channels being suspended, and Washington must respect China’s concerns for them to be resumed”—events leading to war that caused the leftist New York Times to note: “President Biden’s early-October decision to impose sweeping export controls aimed at blocking China’s access to advanced semiconductors was eerily timed — a few days before the Chinese Communist Party’s 20th national congress”—and as this “coming storm” nears, today it saw the official Chinese state media releasing their withering open letter “Europe Naïve To Believe There Could Be A United Front With Washington”, wherein it factually observed: “The Ukraine crisis provoked by the United States has heavily undermined the European countries, with the Eurozone’s inflation rate hitting a record high and the energy crisis getting worse…As winter is just around the corner, many European countries are now worrying about heating…The United States has entrapped its allies or made them suffer heavy losses, especially European ones, many times…The rift between the US and Europe and the US crises of confidence among European countries have already been there…The US-Europe divisions and disputes will become increasingly apparent due to US policy inconsistency”.

Among those ignoring the “coming storm”, this report details, is German President Frank-Walter Steinmeier, who yesterday, while admitting that many people in Germany “feel connected to Russia and its people, love Russian music and literature.”, declared that “Moscow and Berlin now stand against each other”—a declaration made notable because it wasn’t attended by German leader Chancellor Olaf Scholz, who was with French President Emmanuel Macron in Paris, where both of them threatened Supreme Socialist Leader Joe Biden with trade retaliation over America robbing Europe of its businesses and jobs—a threat followed by the article “Revolt Begins In Europe Against American Hegemony”, wherein it factually observes: “The leaders of the two richest and most influential countries in the European Union, despite the extremely cool personal relations of recent times, unanimously decided that it was no longer bearable to tolerate the previously veiled, but now completely outright robbery from Washington”.

As thousands of people took to the streets in the Czech capital on Friday to protest high prices, for which they blame the center-right government’s focus on supporting Ukraine, with one speaker proclaiming: “Russia’s not our enemy, the government of warmongers is the enemy”, this report notes, the growing realization among Europeans that the socialist Biden Regime deliberately ignited the conflict in Ukraine to wage a global energy war against Russia is being noted in the American leftist The Daily Beast article “The U.S. Blunder That Could Hand Putin Victory In Ukraine”, wherein it reveals: “U.S. diplomats are already hearing rumblings from foreign governments that unified support for Ukraine’s defense without a timetable for peace is quietly losing support…“Kissinger said that the United States has no permanent friends or enemies, just permanent interests”, one U.S. Foreign Service officer posted in an allied nation told The Daily Beast”—and as to whom is really funding the needless conflict in Ukraine, top American defense expert Daniel DePetris, in his just published open letter “How Long The U.S. Will Aid Ukraine Is The Wrong Question”, reveals:

The Kiel Institute for the World Economy, a think tank in Germany, has tabulated the numbers throughout the duration of the war.

The main findings are eye-watering and demonstrate a funding discrepancy you could drive a tank through.

At more than €52 billion (and counting), the U.S. is close to doubling the contributions of all European Union (EU) institutions and the 27 EU member states combined.

When one looks specifically at military aid, the numbers are even more lopsided.

Between Jan. 24 and Oct. 3, Washington committed €27.6 billion in security aid, whether it included drawdowns from Pentagon weapons stocks or financing for the manufacturing of military equipment.

The next highest country on the list, the United Kingdom, stood at a grand total of €3.8 billion.

Germany, Europe’s largest economy (and the fourth largest in the world) registered a measly €1.2 billion in military aid, a stinginess the Ukrainians are loath to forget.

Viewed another way: Washington announced as much military aid to Ukraine on a single day in September as Berlin has announced over the last eight months.

As to what is happening to the tens-of-billions-of-dollars of war equipment the socialist Western colonial powers have flooded into Ukraine, this report continues, the MoD reported today: “In total, since the beginning of the special military operation, Russian military forces have destroyed the following Ukrainian war assets: 327 aircraft, 164 helicopters, 2,370 unmanned aerial vehicles, 384 anti-aircraft missile systems, 6,162 tanks and other armored combat vehicles, 878 combat vehicles of multiple launch rocket systems, 3,536 field artillery pieces and mortars, and also 6,863 units of special military vehicles”—after turning these Western colonial weapons into scrap metal, Russia recycles it then sells it to China, which turns it into consumer products they sell to the Western colonial powers—sees this occurring at the same time articles are appearing like “Top Pentagon Contractors to Face Further Parts, Labor Shortages Amid US Aid to Ukraine”—instead of weapons, yesterday it saw Kiev Mayor Vitaly Klitschko pleading: “Ukrainians could freeze to death this winter…To avert disaster the West needs to urgently send blankets and warm clothing”—a plea quickly answered by the Pentagon announcing yesterday that it is sending $275 million in additional weaponry to help Kiev in its fight against Russia. .

On Thursday, this report concludes, CIA Director William Burns made an unannounced stop in Ukraine in order to pass intelligence to the country’s military and hold discussions with President Vladimir Zelensky—if he had arrived two days earlier, though, CIA Director Burns would have traveled down the main street in Kiev that was named in honor of Soviet Marshal Rodion Malinovsky, who liberated Ukraine from the German Nazis during World War II, but on Wednesday it was renamed to celebrate the demonic “heroes” of the notorious Azov Battalion, many of whose members openly proclaim neo-Nazi ideology—is a history well known to CIA Director Burns, as he exhaustively documented in his book “The Back Channel: A Memoir of American Diplomacy and the Case for Its Renewal”, wherein he documents critical facts like:

In 1989 when he served as a top aide to Secretary of State James Baker negotiating the reunification of Germany, now CIA Director Burns recorded for history:

“With President Bush’s support, Baker sold the concept to German chancellor Helmut Kohl and foreign minister Hans-Dietrich Genscher in early February, agreeing to use Two Plus Four negotiations to press for rapid German unification and full NATO membership, while reassuring the Soviets that NATO would not be extended any farther to the east, and would be transformed to reflect the end of the Cold War and potential partnership with the Soviet Union.

Baker maintained that Soviet interests would be more secure with a united Germany wrapped up in NATO, rather tha a Germany untied to NATO and perhaps with its own nuclear weapons. He also said that there would be no extension of NATO’s jurisdiction or forces “one inch to the east” of the borders of a reunified Germany.”

In discussing how the Russian foreign policy establishment felt about NATO expansion in 1995 under Yeltsin, long before President Putin was on the scene, now CIA Director Burns recorded for history:

“Hostility to early NATO expansion”, we reported just after the Budapest outburst, “is almost universally felt across the domestic political spectrum here”.

And when socialist Western colonial leader President Bill Clinton went ahead with a NATO expansion, despite warnings from the American embassy in Moscow that it was a bad idea, now CIA Director Burns recorded for history:

“No less a statesman than George Kennan, the architect of containment, called the expansion decision “the most fateful error of American policy in the entire post-Cold War era”.

Where we made a serious strategic mistake–and where Kennan was prescient–was in later letting inertia drive us to push for NATO membership for Ukraine and Georgia, despite Russia’s deep historical attachments to both states and even stronger protestations.

That did indelible damage, and fed the appetite of future Russian leadership for getting even”.