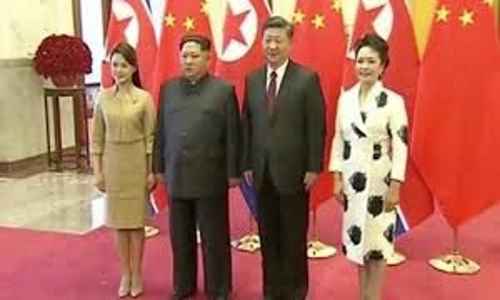 Pyongyang and Beijing have both confirmed that North Korean leader Kim Jong-un recently visited China. Chinese and North Korean state media on Wednesday reported that Kim had made his first ever trip out of North Korea since coming into power in 2011.
According to China’s Xinhua news agency, Kim met with China’s President Xi Jinping in which he said that he was prepared to hold a meeting with South Korean President Moon Jae-in and US President Donald Trump.
“The issue of denuclearization of the Korean Peninsula can be resolved, if South Korea and the United States respond to our efforts with goodwill, create an atmosphere of peace and stability while taking progressive and synchronous measures for the realization of peace,” said Kim.
In his turn, Xi told Kim that both sides should bolster their traditional friendship. “This is a strategic choice and the only right choice both sides have made based on history and reality, the international and regional structure and the general situation of China-North Korea ties.
This should not and will not change because of any single event at a particular time,” Xi said. According to the KCNA, Kim invited Xi “to make an official visit to the DPRK at a convenient time and the invitation was accepted with pleasure.” The confirmation ended speculations about the identity of the high profile North Korean visitor in China after Japanese media spotted a green train, similar to the one used by Kim’s father, arriving in Beijing on Monday. The North Korean leader is due to hold separate summits with South Korea’s President Moon in late April and possibly with Trump in May. 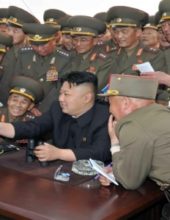