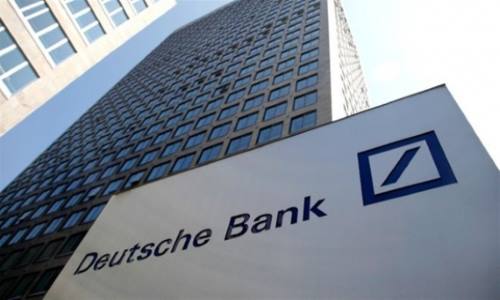 Germany's (almost bankrupt) Deutsch Bank is suddenly offering five percent (5%) interest to folks who deposit 10,000-50,000 Euros for a minimum 90 days. But this offer is only good until June 24, about 40 days from now.   Is this a last gasp to lure people into the banking system before it fails?  Some think that's exactly what it is, especially given some new language included in the account contract  "savers at risk of losing deposit . . ."

One of the reasons why central banks around the globe have flooded the financial system with trillions in excess reserves is to make sure that banks no longer have to rely on potentially fleeting short term deposits (and is also why negative interest rates have become the norm in so many part of the world, that $10 trillion in bills and bonds now trade with a negative yield). As a result of years of such central bank policy, banks – mostly in Europe – no longer need to compete with each other for deposits: after all why offer tempting deposit rates in an age of NIRP (Negative Interest Rate Policy) when banks can get all the liquidity they need straight from the ECB and in some cases even get paid on it.

Furthermore, the whole point of NIRP is to slowly unleash negative, not positive, interest rates in order to discourage savings.

Which is why we were surprised to find that in a promotional offer by Europe's biggest, and by many accounts most insolvent, bank, Germany's Deutsche Bank is not only not rushing to penalize depositors, on the contrary it is offering its Belgian clients a 5% gross return for new €10,000 – €50,000 deposits if this money is locked up for the next three months. The offer is only valid for the next 40 days, until June 24.

Why the offer? All else equal it would appear as if Deutsche Bank suddenly needs liquidity quite urgently (but only enough per person so that in a worst case scenario the amount is fully insured by the government) with a 3 month lock up; so urgently it is willing to pay an interest which is higher than on some European junk bonds.

It begs the question: how is it that DB can't get a far, far cheaper deal in the bond market, or using short-term unsecured funds?  Perhaps no one who understands the financial mess that the  bank is in, wants to lend them money?

RELATED : Putin and Russian General Warns of US Collapse In 28 May 2016 – America Could Be Taken Over

Open a term account and get 5% gross annual Deutsche Bank will always offer the best offer on the market. Therefore, you can now 3 months 5% gross annualized receive when you open a DB Invest Plus deposit account.

An excellent opportunity to increase your returns

Deutsche Bank, you may be demanding for money. Proof? Stop by one of our Financial Centers. You now get a clear 3 months 5% gross per annum for new amounts from 10,000 to 50,000 euros, if you go for June 24, 2016 opens a DB Invest Plus deposit account (subject to early closing).

5% and a maximum efficiency

After deduction of withholding tax of 27% 1 provides the DB Invest Plus deposit account (a deposit account under Belgian law) a net return of 3.65% per annum for 3 months (fees apply to physical persons residing in Belgium). 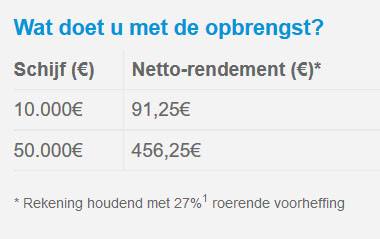 This account is designed for people who do not need immediate or within three months of their money and are looking for a fixed interest returns.To be clear: after 3 months will release your money and you can do whatever you want.

Which is certainly a great guaranteed return in this age of ZIRP/NIRP day and age; however the question is: why does Deutsche Bank need this money so urgently, and especially over the next three months.

And while we were pondering this, we noticed a new addition to the generic risk factors boilerplate language, where in addition to the usual stuff, we now see a warning about the infamous "bail in."

In case of bankruptcy or risk of bankruptcy of financial institution,the saver is at risk of losing their savings or may be subject to a reduction / conversion into shares (bail-in) of the amount of the claim that he has the financial setting on top of the amount covered by the double German guarantee scheme for deposits.

We wonder if DB will be alone in going against the ECB's grain with such scandalously high rates, or if this turns out to be a systemic issue and suddenly every other bank will likewise rush to attract deposits at a time when the ECB would like nothing more than to have a minus sign in front of the 5%.

Finally, we must admit that we are especially amused by the google translator's twisted humor when it comes to captioning the picture this especially enticing offer appeared on. 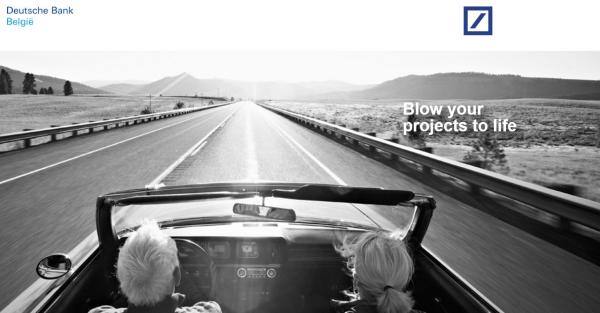 RELATED : Putin Pushes To Collapse US Dollar In 28 May 2016 ! – Claims Russia Will Never Become A NWO Cashless Society

If the doomsayers are correct, DB may be trying to suck every last drop of money it can before it goes under — and takes most of the western banking system with it. Bear in mind the amount they are seeking from each Depositor is less than 50,000, so if the bank does go under, the German government is on the hook to pay a lot of that to the common people.  Would that be a perfect way to perpetrate one last screw job on the public before the bottom falls out?   Since the offer is only good until June 24, we ought to know very shortly thereafter if this was some nefarious plan. Stay tuned. 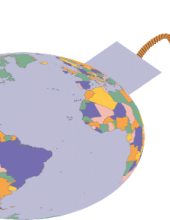