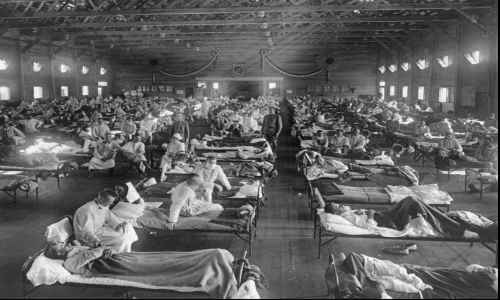 Scientists have created a deadly virus similar to the 1918 Spanish flu strain that killed around 50 million people.

The experiment has been labelled as "crazy" by some, but the US researchers behind the study say it is crucial for understanding the risk posed to the public by viruses circulating in wild birds.

The new virus was built using fragments of wild bird flu strains, then mutated to make it airborne so it could spread easily from one animal to another.

A report published in the journal Cell Host and Microbe said the creation showed that the genetic ingredients for such a pandemic already exist in nature and could combine to present a potentially deadly threat.

But Lord May, the former chief science adviser to the UK Government, said the University of Wisconsin-Madison project was "exceedingly dangerous".

He told The Guardian: "The work they are doing is absolutely crazy. The whole thing is exceedingly dangerous.

"Our findings demonstrate the value of continued surveillance of avian influenza viruses and reinforce the need for improved influenza vaccines and antivirals to prepare for such a scenario."

Hi there, im Kev Baker and I welcome you to my show right here on Truth Frequency Radio. The Kev Baker show is not just about me however, and I am joined nightly by my two friends and co-hosts, The Whistler himself, Mr John Sinclair, and DJsNorthWest from Youtube, Mr Martin Hardy. Aswell as that there are researchers both behind and sometimes on mic, with the likes of Dulan & NanoGirl being regular guests aswell as diligent researchers behind the scenes. We invite you to join us on our journey down the rabbit hole, seeking the answers to age old questions, and trying to decipher the world that is being painted around us via the main stream media, on behalf of their elitist overlords.

Add to that the strong line-up of guests that the team are building up. This allows the team to present information to the audience from some of the bigger better known names in alternative media. This all adds up to one of the fastest action packed, non-stop, info-filled hour on radio!

And although a lot of the subjects covered are dark and low vibrational, Team KBS promise to make it and entertaining and sometimes humourous look at these topics.

The End Of America?: 13 Catastrophic Events Which Could Soon Lead To An American Apocalypse

Killer Flu Documentary. In 1918, a flu pandemic ripped through the global population with such speed and virulence that by the end of the following year an estimated 40 million people would be dead. Where did this particular flu strain come from, and what made it so deadly? 85 years later, virologists and epidemiologists the world over are still hunting down the answers to those two critical questions.

Imagine a soccer ball studded with lollipops. The candy part of the lollipop is the globular part of the HA protein, and that is by far the most potent part of the flu virus against which our immune system can make antibodies. If antibodies cover all the lollipop heads, the virus can’t even infect you.

The PNAS paper suggests that this might be due to past flu patterns as well, with both groups having been exposed to flu viruses in their youth that offered them little protection against the new pathogens. If either virus were to mutate to the point where it could spread easily in the human population, the results could be catastrophic.

But the PNAS paper offers hope that doctors could begin to design flu vaccination strategies that compensate for the strains that different age groups never experienced as children. Down the line, scientists may even be able to develop a universal flu vaccine that targets parts of the virus that almost never change from strain to strain. “This work is encouraging that possibility,” says Worobey. If we’re smart, the global catastrophe that was the 1918 pandemic will remain confined to the history books. 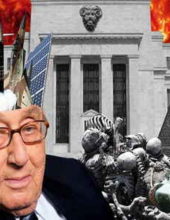