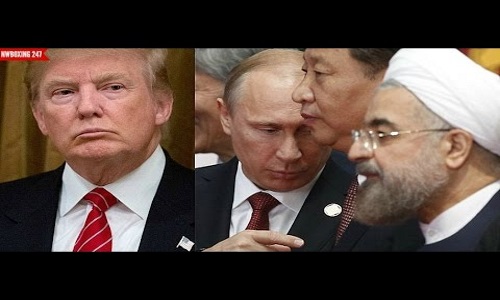 Dollar Collapse in 2017, Dollar's Collapse  Will Mean To The World

Dollar on fireThe U.S. dollar has been the world’s strongest currency for decades. Recently, however, this exalted position has shown signs of weakening. A disturbing national debt situation and a sputtering economic recovery are the main reasons why Russia and China have each taken steps to distance themselves from the U.S. dollar.
According to an article in the Washington Times, Mikhail Degtyarev, a member of Russia’s nationalist Liberal Democrat Party, has submitted a bill to Russia’s parliament this past week that would ban the use or possession of the American currency. The failed Moscow mayoral candidate cites fear of a collapse of the U.S. dollar as the basis for this bill.
“If the U.S. national debt continues to grow, the collapse of the dollar system will take place in 2017,” Mr. Degtyarev says.
“The countries that will suffer the most will be those that have failed to wean themselves off their dependence on the dollar in time. In light of this, the fact that confidence in the dollar is growing among Russian citizens is extremely dangerous,” said Mr. Degtyarev.
A similar ban was placed on the dollar during the Soviet-era. While not quite as extreme, this bill would prohibit Russian citizens from holding dollars in the country’s banks, and banks would be unable to carry out transactions in the dollar. The bill would not prevent Russians from buying or selling dollars while abroad, however, and they could still hold dollar accounts in foreign banks.
Financial Analyst Andrei Shenk warns that the bill would harm Russia’s investment climate. He says, “The American financial system, despite all its existing problems, remains the most stable and low-risk in the world.”
This bill comes on the heels of an announcement that the Shanghai Futures Exchange could price its crude oil futures contract in the Chinese yuan. According to zerohedge.com, the exchange’s chairman has stated that they are speeding up preparatory work to secure the regulatory approvals needed to make this move.
The U.S. dollar remains the world’s strongest currency mainly because of its status as the petrodollar, making it the only currency in which countries with weaker economies can purchase energy. There have already been warning signs that the petrodollar collapse is on the horizon and this announcement will only add credence to these claims.
Much like the situation in Russia, the severity of this report may be a bit overstated according to some. Experts with direct knowledge of the plan have stated that the contract would be in both yuan and dollars.
Nevertheless, it does appear that both world powers are testing the waters to see what a global economy would be like without the U.S. dollar on top.

What The Dollar's Collapse
Will Mean To The World

The Economic Collapse Will Bring Starvation And Most Will Not Survive

Over the last few days, there has been a number of articles in the media about the steady decline of the $US against the Euro. While many economists have forecasted the possiblity of the dollar declining against the Euro for sometime, most do not comprehend the significance of this. Some believe that the decline of the dollar against the currencies of American's trading partners will help correct the USA's trade deficit, and the dollar will stop falling when the trade imbalance is corrected. However, the evidence is that the opposite is happening – the $US has declined 40% against the Euro over the last 2 years, and during this time America's trade deficit has continues to deteriorate.

There is now nothing the USA can do to prevent the collapse of its currency, and its economy. It has no reserves to support its value, and has the most indebted country in the world, is dependant of the credit from America's former enemies. Over the last couple of days, both Russia and China have said they will be switching their considerable dollar reserves into Euro. This will only hasten the lack of confidence in the dollar, creating a global lack of confidence in the currency, and setting into free-fall. It will soon bring about the total collapse of the dollar, and the American economy. 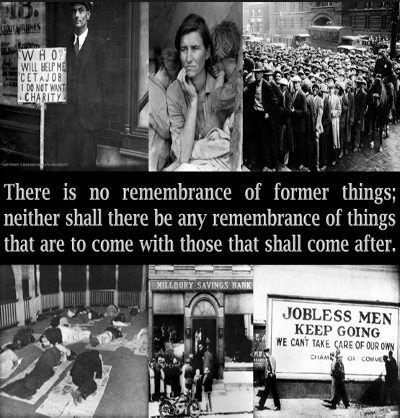 The collapse of the dollar will throw the world into a global depression. Those nations with large external debts will not be able to trade sufficiently to earn the income to service their debts, and will slide into bankruptcy. The economies of New Zealand, Australia, Canada and the UK will also totally collapse, as a result of their indebtedness and not being able to service their borrowings. It will result in the Anglo-Saxon nations facing abject poverty, our people facing starvation, and a total break-down in society. Crime will become rampant. Law and order will cease to exist. Disease will become widespread.

The Asian economies, which have depended upon American trade, will also be severely affected. However, they will recover after a period, but only after considerable political and economic turmoil.

The EU will be in a much better position to survive the coming economic chaos. An influx of capital into the Euro zone by those selling dollars will provide the funding for rebuilding the economies of the new United States of Europe. However, the collapse of the $US will still severely affect the already depressed German and French economies. The resulting economic turmoil will create the need for the acceptance of a strong EU leader, who will be able to make the necessary political and economic reforms to enable Europe revive their economies. Those nations that accept the new EU Constitution will come under the control of this new leader, creating Europe as the world's new Super Power.

The Euro will become the world's only reserve currency, creating the means for the new United States of Europe to become the dominant economic power in the world. The new Europe will be able to dictate the terms on how the global economy should be run. They will take over the administration of America and Britain, placing the Anglo-Saxon people in bondage for repayment of their debts.

Americans do not appear to comprehend the bitterness that has grown around the world as a result of their illegal invasion of Iraq. While once Europeans looked up to, and admired America; today it is held in utter contempt for its arrogance and warmongering. Anti-European comments in the American media have only added to this hostility towards the US. America's attempt to impose its version of government on the world, its hypocrisy in claiming to be the moral leader of the world, while flooding the media with degenerate filth and garbage, has bought upon it disgust and contempt that few Americans can comprehend.

The Fall of the Dollar, The Rise of the Cashless Society? (Will the Dollar’s Collapse Usher in a Single Global Cashless Economic System? )