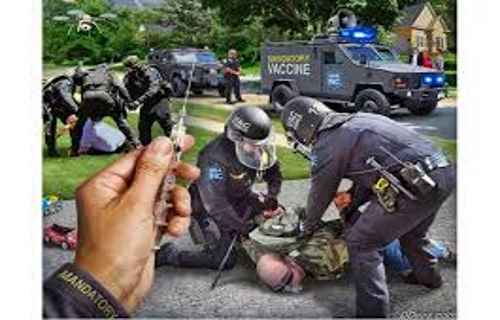 Vaccines should be “voluntary,” a interview surfaced in which Rand Paul said mandatory inoculation is a step toward “martial law.” Paul told Alex Jones’s InfoWars that vaccines for illnesses such as swine flu have long histories of perilous side effects. “The first sort of thing you see with martial law is mandates, and they’re talking about making it mandatory,” Paul said. “I worry because the first flu vaccine we had in the 1970s, more people died from the vaccine than died from the swine flu.” (Paul is wrong: 450 people out of 45 million developed paralyzing Guillain-Barré syndrome.) “The whole problem is not necessarily good versus bad on vaccines; it’s whether it should be mandatory or the individual makes the decision.

The first sort of thing you see with martial law is mandates, and they’re talking about making it mandatory. I worry because the first flu vaccine we had in the 1970s, more people died from the vaccine than died from the swine flu. I think you have to use your brain but I think every individual should be allowed to make that choice. For example, 20 years ago my parents gave me the smallpox vaccine and I would do it again.

Smallpox was an awful disease and the vaccine wiped smallpox out of the civilization, the only people left with it are bioterrorism labs that have smallpox. I would have also taken the polio vaccine. I know a lot of people had polio and we stopped it. But am I going to take the swine flu vaccine? Unlikely, until I’m certain that it’s safe, and I’m not going to have my kids take it til I know it’s safe.

But I’m not absolutely saying I won’t take the vaccine, but I say you have to be careful. You have to weigh the risks of the disease versus the risks of the vaccine. But I’m not going to tell people who think it’s a bad idea that they have to take it because everybody should be allowed to make their own health care decisions and that’s the problem with allowing more and more government. There was a vaccine about three years ago for rotavirus, it’s a diarrhea type virus for children.

They started giving the vaccine but kids started dying from a blockage in their intestine which they linked to the vaccine, but it took them six months to figure this out. And meanwhile they had already talked about making it mandatory. The whole problem is not necessarily good versus bad on vaccines, it’s whether it should be mandatory or the individual makes the decision. And sometimes you want to not be the first one to get a new procedure, you want to see if it works well before you choose.

The big question is: why is the Army involved in vaccines at all?

And the answer is no surprise. According to DARPA, it’s all about readiness in containing bio-threats. Translated, that means terrorist attacks that could use flu viruses.

This is a sinister development. It creates a potential scenario in which the military can invent the “bio-threat” and then step in and provide the solution. It doesn’t really matter whether the bio-threat is real or imaginary.

The threat would offer the chance to initiate a martial-law scenario, after which the military vaccine would be made mandatory, destroying the right of each state in the union to permit, as is now the case, people to opt out of vaccination on religious, medical, or ethical grounds.

The Pentagon is famous for developing weapons and then lobbying for battlefield opportunities to use them.

This is part and parcel of their “war is forever” mentality. Well, in this case, the vaccine becomes the defensive weapon, and you can be sure the Pentagon will strive to deploy it in a situation that “demands it” – a chilling prospect.

First, what safety tests have been done to ensure that tobacco viruses don’t enter these DARPA vaccines through lab contamination, thereby finding their way into the human bloodstream, via injection, and causing uncharted health problems? No word about that, just as there was no word, historically, about various Pentagon weapons systems that later proved to be dangerous to the soldiers using them (e.g., the Bradley Fighting Vehicle).

Hidden in the story about the new means of vaccine production:

the employment of a synthetic construction that is supposed to mimic the human immune system.

To test the ability of the tobacco-vaccines to induce a “robust immune response,” this new chemical lab-version of an immune system becomes the guinea pig. But there is no proof that such an artifact works or is translatable to actual processes of the human body.

In the hands of the Pentagon, what could possibly go wrong with this Blue Angel program? Everything.

In case we need to review the most recent “epidemic” advertised by the CDC and the World Health Organization (WHO), it killed, by the most generous estimates, 20,000 people worldwide.

Despite being labeled a catastrophic level-6 pandemic, the H1N1 Swine Flu turned out to be a comparative dud. WHO states that, every year, seasonal non-pandemic flu kills between 250,000 and 500,000 people.

The CDC and WHO relentlessly promoted Swine Flu as a monster menace that could invade and decimate the planet. Therefore, everyone needed to step up and take the vaccine.

These civilian agencies are mere pikers compared to the Pentagon.

Can you imagine what the Dept. of Defense would promote and launch to guarantee their vaccine finds a place in your bloodstream? The DOD regularly makes conflict of interest into an art form.

Medical Martial Law In The US

Section 502
Access to and control of facilities and property – generally.The public health authority may exercise, for such period as the state of public health emergency exists, the following powers concerning facilities, materials, roads, or public areas (‘Control of roads and public areas’).

Section 505
Control of health care supplies: The public health authority may purchase and distribute anti-toxins, serums, vaccines immunizing agents, antibiotics, and other pharmaceutical agents or medical supplies that it deems advisable in the interest of preparing for or controlling a public health emergency, without any additional legislative authority.

(a) Authorization: During the public health emergency, the public health authority may isolate (consistent with the definition of “isolation” in Section 103(h)) or quarantine (consistent with the definition of quarantine in Section 103(o)) an individual or groups of individuals. This includes individuals or groups who have not been vaccinated, treated, tested, or examined pursuant to Sections 602 and 603. The public health authority may also establish and maintain places of isolation and quarantine, and set rules and make orders. Failure to obey these rules, orders, or provisions shall constitute a misdemeanor.

(1) Isolation and quarantine must be by the least restrictive means necessary to prevent the spread of a contagious or possibly contagious disease to others and may include, but are not limited to, confinement to private homes or other private and public premises.

(3) The health status of isolated and quarantined individuals must be monitored regularly to determine if they require isolation or quarantine.

(4) If a quarantined individual subsequently becomes infected or is reasonably believed to have become infected with a contagious or possibly contagious disease he or she must promptly be removed to isolation.

NOTE: This legislation dovetails with the Emergency Measures Health Powers Act, defines the parameters of Military intervention in the event of a complete societal lock-down. It was updated 01/05/2009; re-confirming that nothing has changed since 1993 when it was first enacted.

The Patriot Act, established in 2001, will also reinforce Gov’t enacted powers to the Military over the general population in the event a Martial Law style crackdown on civil liberties. ‘US Patriot Act to Be Extended Indefinitely’ – Illegal wiretapping including search & seizure is now limited to 10 years.

“The use of pharmacological agents to produce a calm behavioral state, particularly as relevant to management of individuals and/or groups that are agitated, aggressive and/or violent, is a topic with high relevance to achieving the mission of law enforcement and military communities. The extensive review conducted on the medical literature and new developments in the pharmaceutical industry has confirmed the relevance and high potential impact of calmatives as a non-lethal technique. Whether used alone or as an adjuvant to enhance the effectiveness of other types of non-lethal techniques, pharmacological agents can effectively act on the central nervous system tissues and produce a less anxious, less aggressive, more tranquil-like behavior and ultimately, an easier to manage individual.” Excerpt from Declassified Pentagon Psychopharmacological Weapons Program Report: ‘The Advantages and Limitations of Calmatives for Use as a Non-Lethal Technique‘ College of Medicine, Applied Research Laboratory, Pennsylvania State University.

There are strategies you can use in almost any scenario to increase your odds of survival, even under a medical dictatorship
We need you to survive so that you can contribute to the rebuilding of society after the pandemic
How WE (humans) caused the pandemics! We are the cause of the planetary imbalances that lead to viral outbreaks.We have created the perfect storm for a pandemic wipeout. 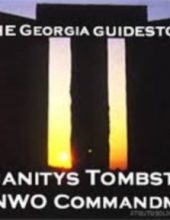