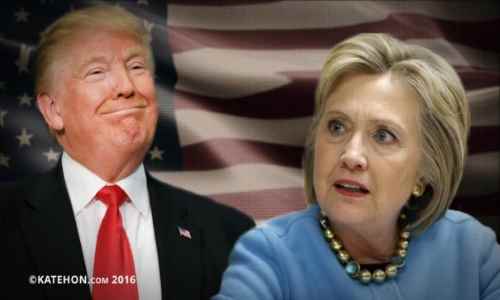 Hillary Clinton and Donald Trump represent two diametrically opposite approaches to American foreign policy. Hillary means war, “humanitarian interventions”, policies of spreading democracy, American hegemony, globalism, and conflict with Russia. It is no coincidence that she is zealously supported by the neoconservatives whose main goal is the destruction of Russia as a major Eurasian power.

Donald Trump offers a reassessment of the US’ entire foreign policy strategy over the last century. Trump represents a rejection of American expansionism and shifting the priority focus to domestic problems. He is characterized by a refusal of globalization in favor of national interests as the interests of ordinary Americans, not transnational corporations.

Trump embodies realism, the perception of the United States as a great power, but not as the only pole of power in the world. This, of course, means cooperation with Russia and pragmatism in relations with other countries. The US’ former Cold War adversary is too important of a factor to not reckon with.

Trump's military rhetoric against Iran and his negative comments about Muslims should not mislead onlookers. Trump was an ardent opponent of the Iraqi campaign and he will not unleash a military conflict with Iran, but instead a mere cooling of relations which would raise the profile of conservative forces inside Iran who advocate a close alliance with Russia. Trump’s harsh policy towards Iran, his negative attitude towards Saudi Arabia, and his unconditional support for Israel would lead to the establishment of a balance between two poles in the Middle East, American-Israeli and Russian-Iranian ones, which would diminish the role of the Gulf countries.

The same can be said about Trump’s anti-China views. Cooling relations would not lead to a major conflict. Unlike his opponents, Trump is not oriented towards war. Moreover, the probability of China being drawn into an anti-Russian bloc under Trump is minimal. At the same time, Trump would pull Moscow out of Beijing’s tenacious embrace. 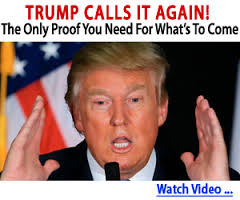 Trump is ready to give more sovereignty to Japan and Korea, which would allow for more active cooperation between these countries and between them and Russia. As a result, a new balance or equilibrium of power could emerge in the Pacific region.

It is US hostility that is now pushing Russia into an alliance with China, thereby enhancing the PRC. Trying to counteract this union by strengthening US presence would only lead to an increase in costs and further joint Russian-Chinese cooperation. A sovereign Japan itself would entail a diversification in Russian geopolitical strategy by diverting significant attention, resources, and support from China towards this country. At the same time, the country of the rising sun could still remain a reliable ally of the US. The same can be said of South Korea.

In Europe, liberation from US tutelage would lead to the establishment of an equilibrium in the balance of forces. Even the transfer of all of Ukraine to Russia’s control does not threaten the United States as a national power. Even NATO countries like Poland, Hungary and Romania could achieve territorial gains by claiming their former territories controlled by Ukraine today. American taxpayers’ money would not go to fighting a mythical Russian threat, but towards more important goals for their country.

The interests of ordinary Americans will not be affected. However, the active campaign to discredit Trump in the US media indicates a very high concern on the part of the American elite over the prospects of a Trump victory. The realization of Trump’s doctrine would deal a blow to the interests of the beneficiaries of the US’ current hegemonic policy.

To avoid these changes, the Obama administration is artificially exacerbating conflict with Russia so that no one will be able to change the foreign policy line. Their goal is to aggravate confrontation with Russia so that if Trump wins the election in November, he will be unable to change anything as a hostage of the trends set by the previous administration. Manipulated public opinion and a faction of Democrats and Republicans in Congress controlled by the globalists would make it impossible to restart any real relationship between the US and Russia, even in the case of Trump victory. The new president will be forced to continue the previous policy.

Thus, Obama is hurrying to start a new war, or at least exacerbate old crisis trends while not much time is left. Actually, the US’ increasing military presence in Europe, agreements with formerly neutral Finland and Sweden on military cooperation, and the construction of missile defense systems in Poland and Romania with launchers capable of accommodating medium-range missiles are all components of this strategy.

The fact that the US Congress is now discussing the so-called act of support for Ukraine (STAND for Ukraine Act) demonstrates how the Trump factor is being taken seriously. The point of this bill is to fix the existing, temporary regime of sanctions at the legislative level as a constant, meaning they can no longer be canceled by a presidential decree and are no longer temporary. In addition, the document describes returning Crimea to Ukraine as a condition for lifting sanctions, something to which Russia will never agree. In fact, the point of this is preventing a future president from changing US-Russian relations.

In this approach, the US’ national interests, which require policy changes in certain cases, are sacrificed for abstract principles which are in fact the interests of another country or lobby groups. Ukraine and democracy are not so important for the initiators of the bill. Much more important is the goal of stopping Trump.

We are dealing with groups of the globalist financial oligarchy who use the United States as a tool for their domination. They do not want to lose this, as world politics is determined by their interests calculated in a rough manner. Hence why when real American interests are not actually represented in their initiatives, the current American establishment prefers to speak of the “defense of democratic values.”

The fact that the current US administration’s actions are not always rational, with examples being the failed coup attempt in Turkey, the failure in Syria and the Arab Spring strategy, indicates a weakening of their hegemonic grip and an increase in the risk of real collision. At some point, these people could let the situation get out of control and escalate into a real nuclear war.