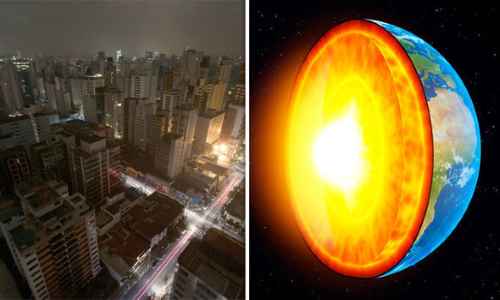 Our planet’s magnetic field has weakened 15% in the past 200 years – which could be an early warning sign. If the poles flip, compasses will point south – and it could have significant effects on Earth’s power grid (although it’s not likely to happen immediately, despite doomsday-mongers’ obsession with the idea). A report by Undark suggests that the ‘flip’ could allow radiation to reach Earth’s surface, and play havoc with satellites.
Scientists are using satellites to analyse the shifts in Earth’s magnetic field – and seen that the north magnetic pole is ‘turbulent and unpredictable’, Futurism reports.

PARTS of the Earth could be “uninhabitable” due to pronounced exposure to solar radiation if the world’s north and south magnetic poles shift, leaving citizens facing a “domino run of blackouts lasting decades”, it has been claimed.

Science author Alanna Mitchell has delivered the stark warning in an article that declares the Earth is “under attack from within” and that a shift in poles could have dire consequences.

Ms Mitchell warned that a shift means the important shield surrounding the Earth called a magnetic field could be “compromised for centuries”.

She wrote: “Because grids are so tightly coupled with each other, failure would race across the globe, causing a domino run of blackouts that could last for decades.

“The shield could be compromised for centuries while the poles move, allowing malevolent radiation closer to the surface of the planet for that whole time. Already, changes within the Earth have weakened the field over the South Atlantic so much that satellites exposed to the resulting radiation have experienced memory failure.

“It turns out that the dipole — the orderly two-pole magnetic field our compasses respond to — is under attack from within.

“The Earth’s magnetic field protects our planet from dangerous solar and cosmic rays, like a giant shield. As the poles switch places (or try to), that shield is weakened; scientists estimate that it could waste away to as little as a tenth of its usual force.”

Since the last shift, the world has changed drastically – there is now close to 7.6billion people inhabiting Earth, this is twice as many as in 1970 alone.

The European Space Agency’s Swarm trio claims that a flip could be imminent, according to their satellite data.

Scientists have added that molten iron and nickel are sapping vital energy from the Earth’s core – this is near the spot where the protective magnetic field stems from.

The situation inside the planet’s core appears to signify a flip.

The author went on: “That radiation isn’t hitting the surface yet. But at some point, when the magnetic field has dwindled enough, it could be a different story.”

Ms Mitchell cites from Daniel Baker, the director of the Laboratory for Atmospheric and Space Physics at the University of Colorado, Boulder, that believes the devastating galactic cosmic rays and ultraviolet B rays “from a radiation-damaged ozone layer” could kill “living creatures”.

In addition to harmful results to life, “satellite timing systems that govern electric grids would be likely to fail”, according to Ms Mitchell.

GettySince the last pole shift, the world has changed drastically

She added: “No lights. No computers. No cellphones. Even flushing a toilet or filling a car’s gas tank would be impossible. And that’s just for starters.”

The Earth is protected from harmful solar and cosmic rays thanks to the magnetic field – when the planet’s poles shift, which they typically do every 200,000 or 300,000 years, the proactive barrier is hampered.

Because the last flip occurred 780,000 years ago, to say Earth is due for a pole shift would be an understatement.

The author explained: “Today, we know that the poles have changed places hundreds of times, most recently 780,000 years ago. (Sometimes, the poles try to reverse positions but then snap back into place, in what is called an excursion. The last time was about 40,000 years ago.)

“We also know that when they flip next time, the consequences for the electrical and electronic infrastructure that runs modern civilisation will be dire. The question is when that will happen.

“Geophysicists have tried to answer that question through satellite imagery and math. They have figured out how to peer deep inside the Earth, to the edge of the molten, metallic core where the magnetic field is continually being generated.”

Now, contrast what I’ve explained the effects would be with what doomsday folks are saying, such as this article:

“As the shift approaches, things begin to go out of balance, and the magnetic field begins to fluctuate significantly over a very short period of time (about 3 – 6 months). This would be like a full moon getting bigger and bigger every day. What happens then is that people start to go crazy emotionally. This breaks down economical and social structures on the planet because it is only people who keep these structures together.”

So what about a large external magnetic force? There’s nothing large enough that’s nearby. Sure, if we were to pass by a magnetar, we’ll be in trouble. Those have magnetic fields on the order of ~1015 times stronger than Earth’s. But the sun’s magnetic field really shows no evidence of affecting ours to the point of flipping it. There is no evidence at all – historic or validated theoretical – to show that the sun’s magnetic field, which is only up to ~10x stronger than Earth’s, can flip ours. After all, if it could, then it would every 11 years, since that’s how often the sun’s field flips.

So I’ve now given two ways that this really could happen – if a planet-mass object or an extraordinarily large magnetic field were to hit us or come near us, that could affect Earth’s rotation or magnetic field to the point where we would get a magnetic pole reversal (or, I guess a really big “shift”). However, we now again get to the question of evidence: There is none. We would know of a planet-sized (or larger) object that is close enough to come near us in 4 years (the end of 2012), or even 40 years. You can read post on the Real Planet X for more information on that. Similarly, we would see effects of a gigantic magnetic field nearby that’s close enough to affect us in the near future, something we also do not see any evidence for.

Would you be able to sustain your loved ones when all hell breaks loose? In this video, I will unearth a long-forgotten secret that helped our ancestors survive famines, wars, economic crises, diseases, droughts, and anything else life threw at them… a secret that will help you do the same for your loved ones when America crumbles into the ground. I’m also going to share with you three old lessons that will ensure your children will be well fed when others are rummaging through garbage bins. Click here to learn all about the 3 skills that will help you thrive in any crises situation. 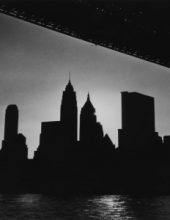 THIS IS WHAT THEY WARNED US ABOUT!! TOTAL DARKNESS.. 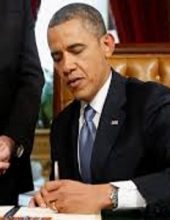