East Coast Alert ! According to Weather Experts, it is Highly Likely to Develop Into a Powerful Hurricane Going to Get Hit – Hard 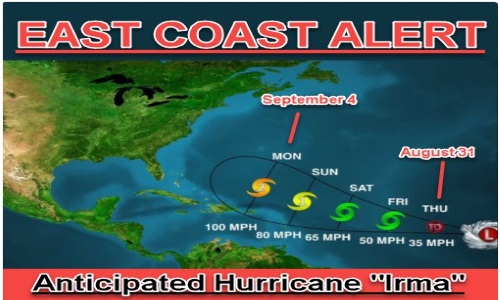 "Invest 92L" is the designation of a tropical depression just off the west coast of Africa.  According to weather experts, it is highly likely to develop into a powerful hurricane.  Trouble is, MOST (not all) of the computer weather models, show this future hurricaneto clobber the US East Coast!  Impact potential all the way to New Jersey and New York City, just like Hurricane Sandy!

This is what the computer models look like right now – August 29:

Notice the overwhelming majority of the "spaghetti lines" show and east coast impact.  Very few of the lines show anything else.

It's waaaaaay early in the forecast and computer models can change dramatically.  But this storm is one to keep a close eye on in the days ahead.

Here's a Satellite image from the National Hurricane Center as of 4:00 PM Eastern US time on August 29: 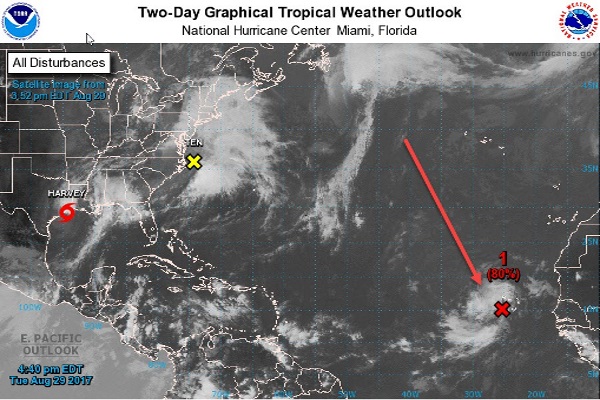