From the legal world, where I’m from, in the legal world there is a pronouncement of guilt before a sentence is administered. And I believe during the entire Shemitah year that America was shown her guilt the whole year long. -Michael Snyder
Matthew 16:2-3 NIV He replied, “When evening comes, you say, ‘It will be fair weather, for the sky is red,’ and in the morning, ‘Today it will be stormy, for the sky is red and overcast.’ You know how to interpret the appearance of the sky, but you cannot interpret the signs of the times.
Matthew 24:7 NCV Nations will fight against other nations; kingdoms will fight against other kingdoms. There will be times when there is no food for people to eat, and there will be earthquakes in different places.
Revelation 6:6 NLT And I heard a voice from among the four living beings say, “A loaf of wheat bread or three loaves of barley will cost a day’s pay. And don’t waste the olive oil and wine.”
Revelation 6:10-13 KJV And they cried with a loud voice, saying, How long, O Lord, holy and true, dost thou not judge and avenge our blood on them that dwell on the earth? And white robes were given unto every one of them; and it was said unto them, that they should rest yet for a little season, until their fellow servants also and their brethren, that should be killed as they were, should be fulfilled. And I beheld when he had opened the sixth seal, and, lo, there was a great earthquake; and the sun became black as sackcloth of hair, and the moon became as blood; And the stars of heaven fell unto the earth, even as a fig tree casteth her untimely figs, when she is shaken of a mighty wind.
Revelation 12:11 KJV And they overcame him by the blood of the Lamb, and by the word of their testimony; and they loved not their lives unto the death.
Revelation 6:14 NIV The heavens receded like a scroll being rolled up, and every mountain and island was removed from its place.
Matthew 6:24 MEV “No one can serve two masters. For either he will hate the one and love the other, or else he will hold to the one and despise the other. You cannot serve God and money.
Malachi 3:10 KJV Bring ye all the tithes into the storehouse, that there may be meat in mine house, and prove me now herewith, saith the Lord of hosts, if I will not open you the windows of heaven, and pour you out a blessing, that there shall not be room enough to receive it.
II Timothy 1:7 KJV For God hath not given us the spirit of fear; but of power, and of love, and of a sound mind.
Matthew 24:7 KJV For nation shall rise against nation, and kingdom against kingdom: and there shall be famines, and pestilences, and earthquakes, in divers places.

"War and famine would not do. Instead, disease offered the most efficient and fastest way to kill the billions that must soon die if the population crisis is to be solved. AIDS is not an efficient killer because it is too slow. My favorite candidate for eliminating 90 percent of the world's population is airborne Ebola (Ebola Reston), because it is both highly lethal and it kills in days, instead of years. We've got airborne diseases with 90 percent mortality in humans. Killing humans. Think about that. You know, the bird flu's good, too. For everyone who survives, he will have to bury nine."
– Dr. Eric Pianka University of Texas evolutionary ecologist, recommending solutions for reducing the world's population to an audience on population control.

Michael Snyder is an attorney, blogger, christian, writer, speaker and activist. He is currently the publisher of the economic collapse blog and contributor to the websites 'The American Dream' and 'The Truth'.

How to prepare for Economic Collapse :

# Take your money out of the banks (What is happening at this time is a necessary financial reset of the global central banking system.)

# Grow your on food

# Improve your home and personal security

# Have an escape plan. When the NWO start you will need a place to hide out for about six months.

Economic Collapse and Financial Bankers Dictatorship !! — There is No Economic Recovery 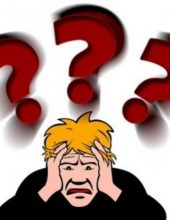