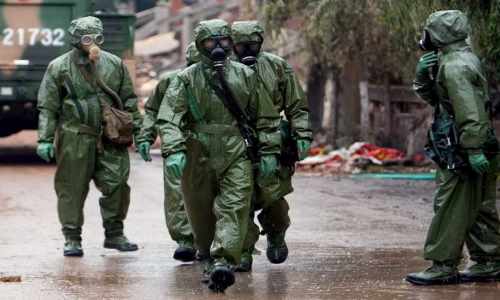 An influenza virus—especially one genetically manipulated for increased virulence—would be an attractive weapon for bioterrorists, according to physicians writing in the Journal of the Royal Society of Medicine.

As a potential biological weapon, influenza has several advantages over smallpox, including ready accessibility, write Mohammad Madjid, MD, and three colleagues. The authors are affiliated with the University of Texas–Houston Health Center and two heart institutes in Houston.

"The possibility for genetic engineering and aerosol transmission suggests an enormous potential for bioterrorism," they assert.

The Spanish flu epidemic of 1918 killed between 20 million and 40 million people. The "usual estimate" of the annual influenza death toll in the United States is 20,000, but recent studies of all-cause mortality suggest it is closer to 90,000, the authors state. They also cite recent evidence that influenza may be a risk factor for sudden cardiac death and stroke.

These data caused us to re-examine the usual estimate that, in the USA, influenza kills 20 000 a year.From more recent studies of all-cause mortality, we suspect that the total is closer to 90 000. The Spanish flu epidemic in 1918 killed 20–40 million people. Less severe epidemics were the Asian flu in 1957, Russian flu in 1977, and Hong Kong flu in 1978. In addition to such spontaneous mutations, we must, since the terrorist attacks of September and October 2001, consider the possibility of malicious genetic engineering to create more virulent strains. Sequencing of the genome of the 1918 Spanish influenza virus is nearly complete; once it is published, unscrupulous scientists could presumably utilize candidate virulence sequences. Recently, the possibility of synthesizing an infectious agent solely by following instructions from a written sequence has moved from theory to practice.

Influenza is usually transmitted by direct contact but can also be transmitted by aerosol (e.g. on a passenger plane). Indeed, international transmission is increasingly frequent. Notably, aerosol transmission of influenza requires up to 27 000 times fewer virions to induce equivalent disease. Taken together with the fact that influenza virus is readily accessible and may be causing more deaths than previously suspected, the possibility for genetic engineering and aerosol transmission suggests an enormous potential for bioterrorism.

Influenza is a very different virus from smallpox, and the public health implications of influenza as a bioweapon differ from those for smallpox: influenza is readily available, whereas known stocks of smallpox are secured at the Centers for Disease Control and Prevention in Atlanta and at a facility in Russia (though there is reason to suspect its leakage to weapons programmes elsewhere). Secondly, because influenza occurs naturally, a cluster of cases would not prompt an investigation, and an epidemic would have a considerable head start on public health authorities.
A third difference is that the incubation period for influenza is short (1–4 days) versus 10–14 days for smallpox. Immunization after exposure to influenza is therefore not protective, and even the neuraminidase inhibitors such as oseltamivir must be administered before symptoms develop or within the first 48 hours after their appearance. Fourth, influenza is harder to eradicate, because of avian, murine, and swine reservoirs. Fifth, influenza outside of pandemics, has lower case-fatality (2.5% versus 25%, though the newly recognized triggering of cardiovascular events suggests that the true mortality may be much higher in ill or elderly persons). Finally, influenza poses a greater threat to world leaders than does smallpox, because they are older and prone to influenza and its cardiovascular complications, have some residual immunity to smallpox (whereas unvaccinated youth have none), and are often in public places.

Even a natural epidemic of influenza can devastate our healthcare system and render society vulnerable to terrorist attacks of any kind. In addition, because of the similarity between early symptoms of influenza and other bioterror agents (such as anthrax), clinicians need to understand the differences in symptoms and signs and be aware of the initial screening tests for anthrax and influenza. Since the two diseases could coexist it is unfortunate that there are, to date, no point-of-care tests to diagnose both and thus minimize confusion and panic. We have seven proposals to address these issues.

The World Health Organization and the Centers for Disease Control and Prevention (CDC) should bring together experts in influenza, bioterrorism, health policy, international law, and ethics to study this matter. Authorities should recognize that smallpox-based lessons drawn from exercises such as Dark Winter are not all applicable to weaponized influenza. Depending on their other public health needs and resources and their likelihood of being targeted, countries might consider only some of the steps listed below, which are suggested in particular for the USA. CDC should advance influenza as a critical agent in priority as a bioterrorism threat.

A subsequent report described a 50% reduction in risk of stroke in association with influenza immunization, and later a randomized control trial pointed to a 50–75% reduction in the risk of adverse endpoints and cardiovascular death.Furthermore, an ecological study suggests that the 1918 influenza pandemic may have contributed to the epidemic of coronary heart disease mortality registered in the 20th century.

The flu vaccine works just fine for its real intended purpose of poisoning us all!!﻿
"Death By Injection". Eustace Mullins.


Physicians, nurses and their organizations, insurers, and health officials should increase efforts to immunize those for whom immunization is currently recommended. The policy might be extended to mandatory immunization of medical personnel, or even universal immunization.
Increase the security of laboratories conducting influenza research, and of manufacturers and distributors of vaccines and antivirals.
Stockpile antiviral drugs and increase capacity to develop and produce vaccine. These might also be added to the 'push-packs' for urgent distribution by the US Department of Health and Human Services.
Consider a Federal influenza gene-sequencing and vaccine development programme, based at high-security government, pharmaceutical and university laboratories.
Expand active sero-epidemiological surveillance and offer incentives to reporting of clinical cases. The recently developed influenza assays make serological surveillance simple and fast, yet are little used by clinicians. New syndromic surveillance systems are required, capable of detecting incipient epidemics.
Consider Federal programmes to develop antiviral filters, biosensors, and inactivation systems (e.g. ultraviolet) for ventilation systems. Such efforts could be part of a broader viral protection programme. 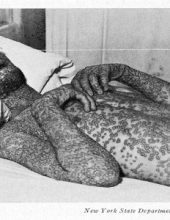 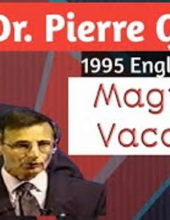 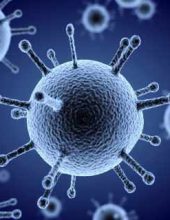