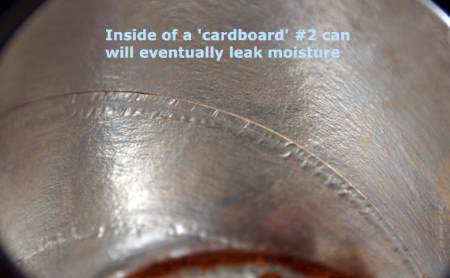 I made an unfortunate (but fortunate) discovery this morning – while opening a #2 “can” of freeze dried strawberries. They didn’t look good, they didn’t feel right, and I threw them out.

It was fortunate in that I learned a lesson, which I’m sharing with you for information:

The so called #2 cans are smaller than the more popular #10 can, and although I don’t have too many of them (most of mine are #10s) I didn’t realize (I do now) that the #2s that I have are made of hard-cardboard. You wouldn’t necessarily know this by looking at it, but if you pick it up you will quickly realize it because you can actually squish it a bit.

Even though the inside of the ‘can’ has some sort of shiny foil coating (presumably to help keep moisture out), the problem is that over time – moisture WILL get in. Ordinary humidity will have it’s way and eventually permeate the paper (another good reason why to be careful where and how you store your foods).

Early in 2008 I had made one particular purchase – a case of various freeze dried fruits, which came in these small #2 (cardboard) cans. Well we’ve moved to a new location this year and have been reorganizing what we have. I came across these particular cans and I decided to open one of them up to begin consuming them (it’s a very good idea to ROTATE). Problem is – I should’ve done it sooner…

Freeze dried foods are especially dry. Almost all of the moisture is removed, perhaps leaving only 2 percent. It should be dry, and even brittle. Definitely not soft and squishy.

Upon opening the ‘can’, the first thing I noticed was the very dull (almost brown) color. Then I noticed (upon handling them) that they were very soft and gushy (not good). They did not smell particularly bad, but since I’m not in a survival mode, I’m throwing them out. 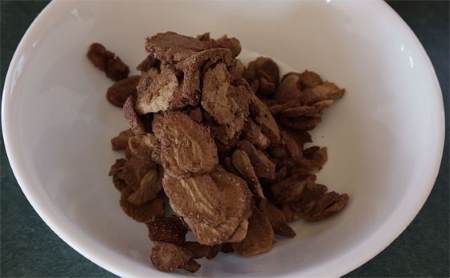 Other than the obvious brown color, these freeze-dried strawberries were very soft

6 years of storage is too long for these cardboard cans. I allowed too much moisture to get inside. Perhaps if I had stored them better, they would be marginally okay today – but I’m not so sure about that – hard cardboard is just too susceptible to moisture over time.

My previous location of storage (for ~2 years) was less than ideal for awhile (for cardboard), given a slight humidity problem in the basement – which didn’t help matters.

The #10 cans however are perfectly fine given the fact that they are metal (which won’t ‘breathe’), and sealed from the environment.

Be more aware of food rotation before foods go bad.

Don’t lose track of the foods in one’s inventory so as to effectively rotate them.
First in, First out. 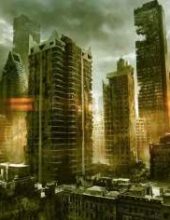 Where to Find Supplies After SHTF 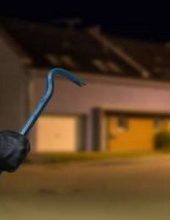 The Six Enemies of Your Doomsday Stockpile