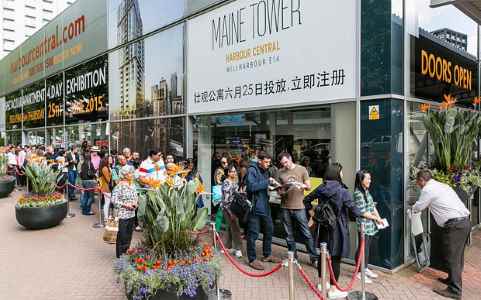 economic collapse, Europe & America are next, Greece being sold out to China, news

Now that a Grexit seems to have been averted, and the strictest cutbacks ever have been announced, Greece is entering a new chapter. The welfare state is dismantled even further and all state property is weighed and sold. What dangers are lurking, and how will the Greek sellout change the country?
Over six months after taking office, the new Greek political leaders reluctantly have to admit that they have lost the battle with the European creditors. Other ideas become more important. But what are those other ideas? Can the Greek take matters into their own hands, or will they accept more help from abroad? On this crossroads of developments, Backlight elucidates three painful options for Greece.

RELATED : 5 Days Before The Financial Collapse

Captain Fu Chengqiu is in charge of the Chinese-run port of Piraeus, the container transhipment at the gateway to Europe that has been run very successfully by COSCO, a Chinese state-owned company. It is booming with economic activity. Containers are unloaded, lorries are constantly driving to and fro. But there is hardly a Chinese in sight. The Greeks that work here don't protest. Discipline is key. From his office with a view of the port, Fu explains his business philosophy. It is based on the manual of the new authoritarian capitalist Chinese style: work hard and don't whine. It seems to be working. While the Chinese piers are buzzing with activity, the Greek piers a little further down look desolate.

RELATED : WARNING! GLOBAL CONFLICT Its About To Begin! 2015
The gold and copper mine of Skouries is a paragon of Greek dilemma. The mine isn't Greek, it's Canadian. To get to the ore, a large part of the land is excavated. And the gold is not extracted in Greece, but in China. There is a great deal of opposition. Takis Kaltsos and Nina Karina have been involved in a conflict for years. They don't just have a problem with the widely hated privatizations of Greek interests, but also with the total sellout of their country – to say nothing of the environmental burden. But the mine provides jobs, and they are much needed. That is the only thing that keeps Greece afloat: jobs and investments, says Dimitris Tsiolakis The mine offers hope, he says. One would have to be a fool to object to that in today's circumstances.

RELATED : “New World Dollar” Coming Oct. 20, 2015?
Greek MP Kostas Lapavitsas believes that the Greeks should take matters into their own hands and stop relying on, what he calls, foreign interference, whether it comes from Europe, from China or from Canada. Not only is he a pronounced advocate of a Grexit, he is also highly concerned about the lack of faith and self-esteem among the Greeks. To prove that things can be different, he sends us to Naoussa, his power base, where hundreds of textile workers try to breathe new life into their bankrupt factory themselves. Greece doesn't need the corrupt elite, the workers say. It is perfectly capable of coping on its own.

RELATED : Message From Benjamin Fulford
The epilogue of this episode is the last euro coin factory in Greece, on the Albanian border. This is where Greece mints its one, two and five eurocent coins – as long as the Central Bank asks for them. And when it doesn't, there is always the alternative: shell casings for the army. In fact, the options are simple, say the handful of factory workers: it's either the euro or the bullet. 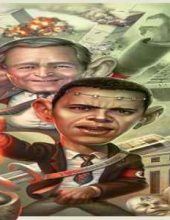 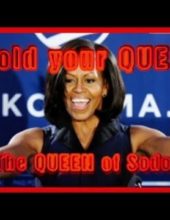