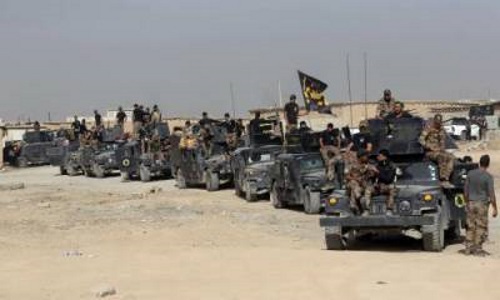 Americans wanted an ISIS corridor to eastern Syria. Iraqi militas instead closed it down

Few would have predicted in September, when Washington and Baghdad announced the Mosul offensive, that three months later Aleppo would be all but over, while the Iraqi-American push into Mosul would be bogged down. That can mean only one thing: it's scapegoat time!

And who better to scapegoat than dastardly Iran and dastardly Russia?

Here is the new narrative: US had devised a great plan that left ISIS an escape route out of Mosul that would have resulted in a speedy victory. But then Iran and Russia intervened and enticed and cajoled the Iraqis to close the gap instead leading directly to the current quagmire.

Reuters on the meddlesome Iranians:

In the early days of the assault on Islamic State in Mosul, Iran successfully pressed Iraq to change its battle plan and seal off the city, an intervention which has since shaped the tortuous course of the conflict, sources briefed on the plan say.

The original campaign strategy called for Iraqi forces to close in around Mosul in a horseshoe formation, blocking three fronts but leaving open the fourth – to the west of the city leading to Islamic State territory in neighboring Syria.

That model, used to recapture several Iraqi cities from the ultra-hardline militants in the last two years, would have left fighters and civilians a clear route of escape and could have made the Mosul battle quicker and simpler.

But Tehran, anxious that retreating fighters would sweep back into Syria just as Iran's ally President Bashar al-Assad was gaining the upper hand in his country's five-year civil war, wanted Islamic State crushed and eliminated in Mosul.

The sources say Iran lobbied for Iranian-backed Popular Mobilization fighters to be sent to the western front to seal off the link between Mosul and Raqqa, the two main cities of Islamic State's self-declared cross-border caliphate.

Iran was not the only country pressing for the escape to be closed west of Mosul. Russia, another powerful Assad ally, also wanted to block any possible movement of militants into Syria, said Hashemi. The Russian defence ministry did not immediately respond to a Reuters request for comment.

But wait a minute, even France — a trusty US stooge but one that has been hit by ISIS bombing attacks — feared letting world's premier head choppers an escape wasn't such a great idea:

One of Assad's biggest enemies, France, was also concerned that hundreds of fighters linked to attacks in Paris and Brussels might escape. The French have contributed ground and air support to the Mosul campaign.

A week after the campaign was launched, French President Francois Hollande said any flow of people out of Mosul would include "terrorists who will try to go further, to Raqqa in particular".

One thing is clear. The original American-Iraqi plan was abandoned. Americans had planned to offer ISIS an escape route but the Iraqi militas had other plans.

This may make the immediate task of taking Mosul harder but it may likewise make the ultimate task of extinguishing ISIS easier. The fewer ISIS fighters who flee into eastern Syria, the fewer Iraqi militias who have to go chase after them. 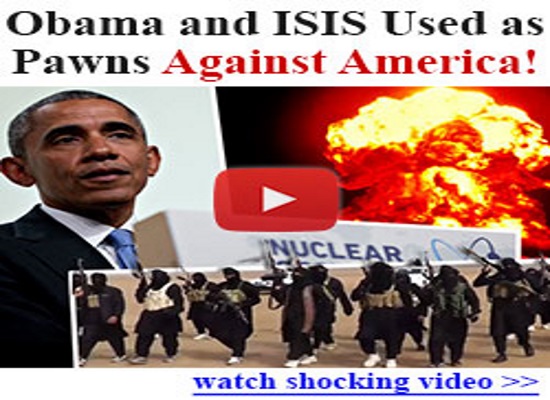