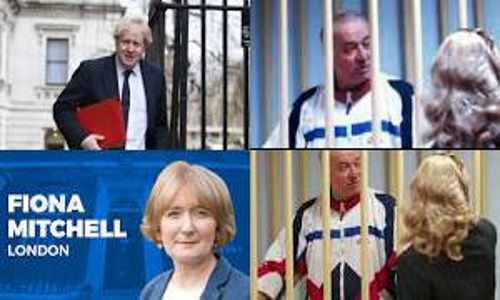 Russia murdered Alexander Litvinenko to send a message to other Russians – but also to Britain
If Russian involvement is proven in the poisoning of Sergei Skripal, how might the government respond?
The UK’s response to the murder of Alexander Litvinenko was shamefully weak

It seems to have happened again. While Downing Street has stressed that this is still an ongoing investigation, it’s increasingly clear that the government believes a former Russian spy living in the UK has been poisoned in a Russian state-sponsored attack. And it’s not hard to see why. The incident involving Sergei Skripal and his daughter has all the hallmarks of attempted “wet work” by Russia’s intelligence services.

A number of former Russian spies, along with other Putin critics such as journalists, anti-corruption experts and politicians, hae died in mysterious or suspicious circumstances since Putin was elected om 1999.

Among them was former intelligence officer and Putin critic Alexander Litvinenko, who was poisoned in 2006 after drinking tea containing the highly toxic substance radionuclide polonium-210. An inquest into his death ruled that there was a “strong probability” Putin himself had approved the assassination.

In another incident, Pavel Sheremet, a journalist (and Putin critic), was killed when the car he was driving exploded.

Speaking in the House of Commons on Tuesday, Boris Johnson, the Foreign Secretary, described Russia as a “malign and disruptive force” in global affairs and warned that the government would “respond appropriately and robustly”. Today, Amber Rudd, the Home Secretary, called the poisoning “brazen and reckless” and emphasised that “there is nothing soft about the UK’s response to any sort of state activity in this country”.

That hasn’t always been the case. The UK’s response to the murder of Alexander Litvinenko in 2006 was weak. Four Russian diplomats were expelled from the UK, restrictions were placed on visas for Russian officials, and intelligence-sharing was halted. Asset freezes were imposed on the two murder suspects, Andrei Lugovoi and Dmitry Kovtun, despite neither holding assets in the UK. But successive governments steadfastly resisted holding a public inquiry.

In 2013, Theresa May, then the Home Secretary, admitted that this was driven by a fear of alienating Russia. When a public inquiry was finally announced – on 22 July 2014 – its timing was suspect. It was five days after Malaysian Airlines Flight MH17 had been destroyed over eastern Ukraine by a Russian missile. All 298 people on board were killed, including 10 British citizens.

The UK’s actions were too little, too late and proved fruitless in persuading the Russian government to do anything but gloat about its actions and flatly deny any of the UK’s findings. Russia murdered a British citizen on the streets of London and got away with it.

But the world in 2018 is very different to the world in 2006. As is the international image of Russia – it is now seen as a rogue state in all but name. If Russian involvement is proven in the poisoning of Sergei Skripal, how might the government respond?

Russia’s Ambassador, Alexander Yakovenko, could be expelled from the UK. So too could Russia’s spies. Estimates suggest that there are upwards of 40, most operating out of Russia’s embassy in Kensington. Some will be involved in traditional state espionage, while others will monitor London-based dissidents and oligarchs or engage in industrial spying for the commercial benefit of Russian firms. Those who have co-operated with them could be prosecuted.

Major money-laundering investigations could be launched into the mass of dirty Russian cash in our financial system. In 2006, the City of London allowed Rosneft to list its shares. Rosneft is a loosely-disguised arm of the Russian state whose assets were acquired when the Kremlin illegally dismembered the Yukos oil company and threw its owner, Mikhail Khodorkovsky, in jail.

The due diligence procedures undertaken by UK financial institutions could be more thoroughly enforced. Last year, En+, a metals and energy conglomerate controlled by the oligarch Oleg Deripaska, was listed on London’s stock exchange. Deripaska publicly said that the proceeds from the first sale of shares would go to repay the company’s debt to VTB, a well-connected Russian bank targeted by sanctions and which is prohibited from raising money in London.

Unexplained Wealth Orders, which recently came into force, could be used against potentially illicit Russian wealth in the UK. Igor Shuvalov, Russia’s First Deputy Prime Minister, is suspected of owning two flats in 4 Whitehall Court, just 10 minutes’ walk from Parliament. His and his wife’s joint wealth is £634,000, but the flats are worth £11.44 million.

The UK could adopt Magnitsky legislation. Such legislation, which is currently being considered as part of the Brexit-related Sanctions and Anti-Money Laundering Bill, would introduce powers for ministers to freeze the assets of individuals from Russia (and elsewhere) who are guilty of “gross human rights abuses” and ban them from Britain. The US passed such legislation in 2012, and since then Canada, Estonia and Lithuania have followed suit.

There are a multitude of other possible responses, including deploying offensive cyber capabilities. But whatever action the government takes, its impact will be greater if it is coordinated with our Nato, European Union, and other Western allies. This is likely to centre on rallying international support to make a stand against all forms of Russian subversion and mischief-making – from elections and energy supplies to propaganda and military coercion.

Should Russia’s involvement in the poisoning of Sergei Skripal be proven, what message will Mrs May send to the Kremlin?

However, the Kremlin has denied accusations that it was involved and has lashed out at Britain for “demonising” Russia, reports The Sun.

A spokesman for the Russian embassy told Russian news agency TASS that the case was turning into an “anti-Russia crusade”.

They said: “The British authorities and law enforcement agencies must intervene immediately and inform the embassy and the British public about the real state of affairs in order to put an end to the demonisation of Russia.

“To date, the embassy has no official information about the incident from either the police or other British authorities.

“The UK Foreign Office has not made any statements on the matter as well,” the spokesman said. “However, the situation in the media space is rapidly morphing into a new round of the anti-Russia crusade, which is underway in Britain. 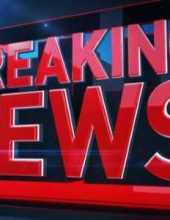