How to Survive Total Social Collapse and the End of Civilization 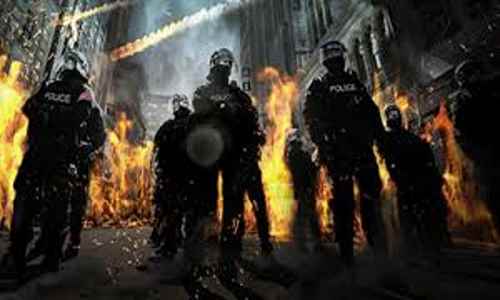 collapse, End of Civilization, How To Survive, Social Collapse

America is in DANGER, and several of America's allies are also in DANGER.

Inside our website: Detailed survival tips from studies of people who have lived off the land; also Special Forces and expert survivalists as well as Native American survival secrets; People have survived extreme conditions and dangers in many lands and at many times — we reveal their secrets.

If You Want to Survive A Possible Collapse …

Then you better learn a few things about survival.

What is survival anyway? Knowledge of survival skills can make the difference between life and death — knowing survival can keep you alive and well when other people are dying.

Lots of people have lost their lives because of complacency and being unprepared for an emergency — natural disasters, medical emergencies, fires, and violent crime take lives everyday and in every country.

There are two kinds of survivors in the world, which kind are you?

There are people who survive disasters and events on sheer luck a lot like refugees in a war torn country — who come out of the event beaten and traumatized and clueless as to how they're still alive. You can see the despair all over their faces. They are overwhelmed. They may be sick, soiled, hungry, cold, dressed in rags. They have no strength. They have lost all hope.

There's another kind of survivor though — that's the survivor you want on your side when things go south; the person you take with your team on an expedition (because you know that person can be counted on); the person you put in charge of things; the person who gets the job done every time; the person who can find a solution, even when no one else can.

The person that rises to the challenge — that's not afraid to look death in the face. With no fear of death to hold them back, they have little fear of anything.

That kind of survivor is decisive

… that decisiveness comes from experience and knowledge of survival. These people know survival.

Congratulations — your decision to learn about survival is a powerful first step to being confident in the face of danger and having a set of steps you can take for any number of emergencies and disasters you might face in life.

That alone can make you a leader — when you understand survival and learn what it takes to survive in places like the Rocky Mountains, the cold and rugged conditions of Alaska, or even a remote desert wasteland — or a plane crash in the middle of nowhere — or a terrorist attack or man-made or natural disaster — you put yourself in a different league of people; it takes adventurers and warriors to survive in extreme conditions as these places and these events.

From wilderness survival to surviving a terrorist attack, we have detailed survival guides, many with step-by-step instructions; we have a survival guide for surviving both a mall shooting with multiple gunmen and even a school shooting or an armed robbery; we have an article (or series of articles) for just about every survival topic you can think of (if it's not on our site, let us know).

We walk you through short term survival kits like a get home bag to keep at school or work and even one for your children, to long term survival kits or even specialized survival bug out kits for your car. Your survival kit will be based on many factors such as the number of people in your family, whether or not you commute to work each day by car or bus, if you or your loved ones have medical needs, and how far you are from major cities or areas known to be subject to common natural disasters. From a 72 hour survival pack called a get home bag (mentioned above) to a much larger bug out bag to an actual hidden cache of survival supplies — you can have all your bases covered.

People shouldn’t just have 72-hour emergency kits for when the power grid goes down; they should learn how to live on their own.

Survival supplies are going to vary based on the scenario for what you are preparing to survive; if we're talking simply an excursion into the snow or desert or a two-week trip into the mountains for hiking or hunting, you're not going to need as many or the same kind of survival supplies as a person stocking up for "doomsday" — what National Geographic likes to call a "Doomsday Prepper" nowadays. We'll walk you through choosing survival supplies for short term and long term disaster, as well as strategies for keeping your survival supplies safe and unharmed by dangerous people or other threats or additional disasters.

Timeless Bits of Wisdom on How to Grow Everything Organically, from the Good Old Days When Everyone Did

You’ll also get a year-long stock of healthy food customized to YOUR family's needs and likes, even delicious treats for kids… so you can stop spending hundreds on toxic cans or MREs (such as MSG-filled instant soups)

… And to make it complete… you'll be cutting $$$ off your electricity bills with a long-lost food-preserving technique that only the Amish still use in North America… use it and you can make meat, dairy, and eggs last for months without refrigeration!

Here's just a glimpse of what you'll find inside Meat 4 Life:

You'll also learn how to get rid of the toxic canned food from the supermarket… and preserve your own healthy & delicious vegetables and fruits. All you need is Granddad Bob's secret canning trick to instantly kill bacteria and parasites… 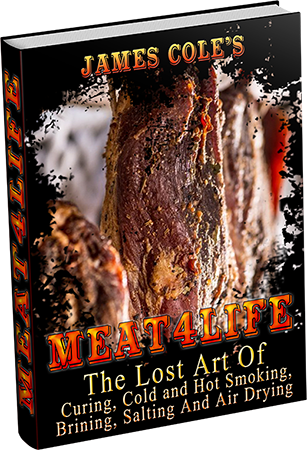 Survival supplies are many times food and water and ways to replenish food and water when supplies run low — survival gear though has a lot more to do with actual tools like survival packs, survival knives, and the essentials; and then of course survival tools that most people don't realize are very handy to have in a survival situation: Chainsaws and machetes; wetsuits and spear heads; game carts and primitive weapons; and too many more to list here.

After a few days of reading on SecretsofSurvival.com you're going to learn a lot of survival tips for multiple real-life events — whether it's crossing through the mountains in the dead of winter without a lighter or a tent or water or food — or it's finding yourself on a hi-jacked airplane or in a major city just struck by a series of dirty bombs or chemical weapons. We have too many survival tips to count.

Learning survival can open up new regions in the brain — maybe these are primitive regions that life in the modern world has put to sleep.

America's Survival in Jeopardy: Greed at the Top

While we've been sleeping, the survival of our nation and other Western nations is in growing jeopardy each year that passes … the greed of so many people at the top of America's food chain and our nation's actions in the world have made us the most hated nation on earth. The powerful and elite in this country are driving America into the ground.

The last thing on my mind nowadays is what can I do for corporate America to help keep the American engine chugging and on the tracks.

Instead, the thing on my mind nowadays is what can I do to teach people how to survive a major disaster or emergency when all Hell breaks loose in America; whether that's from the hand of God and something out of the last chapter of the Bible (my personal belief, and I have a lot of evidence to back it up if you're brave enough to tackle "End of Days" topics — see link at the top of the site), or whether it's simply because capitalism isn't something that is going to stand the test of time, not when there are other forces at work in the world driving the engines of Communist countries like China and North Korea, or other nations like Iran driven by Islamic "destiny" as they might translate it from the Koran. And then of course there are the "former" Communist countries like Russia. There's a saying in the KGB from what I've heard: Once KGB, always KGB.

I've got a feeling that history is going to show that once a Soviet, always a Soviet. The Cold War might be over in America but what if the Cold War isn't over for Russia? Russian and Chinese espionage and cyber attacks on America (both at an all time high as reported in the news) by both nations as well as alliances with North Korea and Iran don't bode well for America.

History is likely to to show that America in 2015 is a lot like Western Europe in 1938.

No one realized what Nazi Germany and Japan had in store until it was too late.

Any guess where and when the next Pearl Harbor is going to take place? What will you be doing on that day?

What were you doing when 9/11 hit? I can remember my phone ringing that morning and a friend telling me to turn on the news, that terrorists had just crashed commercial jets into the Twin Towers and America was under attack.

Do you remember that day?

Spend time on SecretsofSurvival.com and learn what it takes to survive. If you're just looking to survive in the mountains and live off the land — short term and long term survival — we have a lot of information for you; a lot of information on survival tips and tools that can easily save your life and even the lives of a few close people you know.

Economic Collapse Warning! (What to grab now before it’s gone and before chaos erupts — and while you still have access to money.)