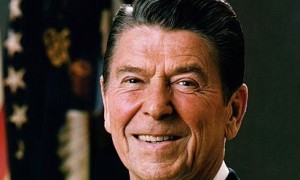 It’s been a fairly long day and just got to my hotel room near the Cincinnati-Northern Kentucky airport. I spoke this evening at Miami (Ohio) University as invited by the Campus Republicans, part of the Young America’s Foundation speaker series.

A few weeks ago I spoke at Northwestern University. There was a good mix of students and adults from the local community this evening, even some folks had driven up from Kentucky. The topic was the future of conservatism and the economy.

I am often asked, what is wrong with conservatism? My response? Nothing.

What is wrong with conservatism is that it is not clearly articulated and delineated from progressive socialism, to the level of the effect upon the average American. As well, it is a matter of the image conveying the message.

Progressives package a losing message in an image that draws attention. It seems cool and exciting — Bill Clinton playing a saxophone on Arsenio Hall, Barack Obama and his iambic pentameter rhythmic empty rhetoric and large smile. We must understand that elections these days, especially at the national level, have two components: image and message.

Because we live in such a visual soundbite mentality America, we conservatives must win the image battle first. The conservative message is superior to the message of deception, dependency, despair, despondency, and desperation offered by liberal socialists.

It really comes down to strategic marketing and micro-targeting to every segment in America. No, I do not advocate the liberal method of “balkanizing” Americans into collectives which they pit against each other. I mean that conservatives must take their message as a means of policy inclusiveness across America.

We must boil down the principles of limited government, fiscal responsibility, individual sovereignty, free market principles, and strong national defense into positions relevant to every American. We must reignite a sense of pride in each person in order to destroy the burgeoning welfare nanny-state. 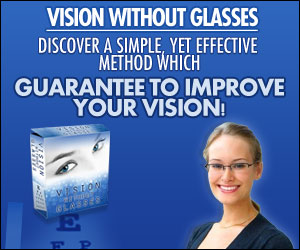 Failure to do so will mean more takers than givers and an electorate that will forever be skewed. An example of the progressive mindset was this evening during the Q&A portion when I was asked, “What would I do to close the expanding wealth gap?” My response is that I would do nothing. I would ensure that we developed economic and education policies that promoted equality of opportunity, not equality of outcomes.

I responded by using the metaphor of the President of Miami (OH) University seeking to promote policies to ensure every student got a “A” — clearly not his objective, but in liberal la-la land it would be. Social utopianism and egalitarianism never works, because God made us distinct individuals with our own respective abilities and talents.

That begs the question, why was it back in 2008, when then-Senator Barack Obama stated, “We are five days away from fundamentally transforming America’” not a soul asked him what the heck did he mean?

Conservative principles are fundamental to what America has been and always shall be. When Obama stated, “We live in the greatest Nation the world has ever known, help me to change it” — change it to what? It did not matter what he was saying, everyone was mesmerized by the image.

Conservatives need a powerful mesmerizing image that is rooted in love of country — yes, similar to the impeccable image projected by a Ronald Reagan.

However, the critical ingredient is that this image must attract and expand the base of conservative believers, especially among our nation’s young people. When asked this evening what I thought was necessary for the GOP to win the young vote, my response was, listen to them, but never surrender core principles.

We don’t need more outreach. We don’t need a bigger tent. We need to build a principled policy platform that includes all Americans and offers a “dawn of a new America” instead of the second coming of the malaise of Jimmy Carter.

It was a great evening in Oxford, Ohio — yep, I spoke at a University in Oxford, right here in the good ol’ USA. These United States of America are looking for a restoration, a recommitment, a resurgence, a return to its fundamental values. We just need to make it happen. I will not give up on my country, nor my countrymen.

I will continue to sound the clarion call and alert all of you to the pitfalls of allowing the low information voters to turn us into subjects, not citizens. Tomorrow, onto Augusta Georgia.