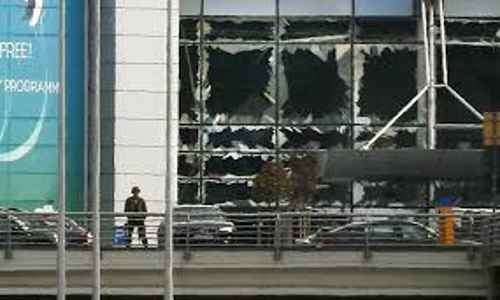 In a discussion recently, someone pointed out some very interesting observations they’d made and the final piece to this puzzle brings together could very possibly be a False Flag op in the making.

In mid-July, there was that huge glitch at Southwest Airlines that delayed flights leaving thousands of travelers stranded for hours, the cause was blamed on a widespread computer outrage and almost all flights out of its Chicago hub were grounded because of a technical glitch.

With this outage all communications were down as well, so no contact between the pilots and runway were possible.

The list of these sort of glitches goes on and on and it seems all of the airlines have expereinced these issues.

Why has mainstream media remained silent about these technical difficulties?

A techinical issue that occurred at LAX in which a regional air traffic control computer system misinterpreted a U-2 spy plane’s flight plan last week, grounding hundreds of planes at airports across the southwest.

The FAA halted flights into Los Angeles airspace for about 90 minutes because of “technical issues” at its air traffic control center in Palmdale.

Officials stated that the malfunction occurred when a computer system incorrectly processed a flight plan for a nearby U-2 aircraft that was flying around 60,000 feet.

The software interpreted that plan’s route as below 10,000 feet, where it conflicted with hundreds of other flight plans.

The U-2 plane was in the area for a training exercise.

Apparently, the spy plane’s programs screw with the airlines software, causing major interference and throwing the system off.

Given these factors it would appear something weird is going on.

The source I spoke to said they hadn’t given much thought to these airline events until last night, as they were gazing up at the stars, they’d almost witnessed a mid air collision between 2 airplanes.

The last statement made by this person is the one that gives one pause.

“Seems to me that someone is testing the system to do something.” 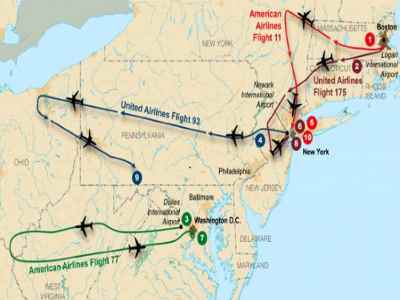 Is it possible that The “Powers That Be” are setting us up for another 911 scenario?

If contact is lost and if the Control Tower was unable to locate the airplanes it would be a perfect time to hijack a plane.

Or could it be for a total chaos factor in the air, either for a distraction or to put more fear in peoples’ hearts?

The result of such an event would then give the government the ability to pass more Orwellian laws so they gain more control.

Hence tighten the chains on our freedoms even more, just as it happened with 9/11.

We were warned over a year ago when the Washington Examiner reported,” The next terrorist attacks are most likely to be against U.S. power grids, dams, air traffic control centers and other areas of vital infrastructure, said the co-author of a controversial cyber security bill in recent days.”

Are these glitches part of a larger conspiracy or are these normal events that just happen once in a while?

SOURCE : Before It's News