It’s Coming: “We Are Seeing a Very Material Slow-down Across the Economy” 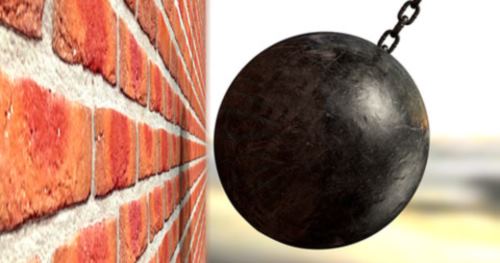 Remember back in early 2008 when the Presidential election was in full swing and the majority of financial and political pundits were hailing the booming American economy, record home ownership and never ending growth?

By the end of the year everyone had changed their tune and the United States of America was, as former Treasury Secretary Henry Paulson said, “on the brink” of an unprecedented collapse.

When the stock exchanges turned, credit markets froze up and the U.S. was in the midst of its worst recessionary environment since the Great Depression the oft repeated phrase “nobody saw it coming” was being peddled by the mainstream on every front in an attempt to convince Americans that the crash simply came out of nowhere.

The following analysis from The Market Ticker is a blaring alarm.

This time no one can say we didn’t see it coming.

I monitor lead times and vendor fill requirements on a fairly regular basis, including from some big e-Commerce folks.

In the last couple of months I’ve noted a rather dramatic shortening of inventory lead times from them — that is, expectation that if you are a vendor you will be able to ship the product to them much faster than before.

Some of these shortenings are really dramatic — 50% or more.  Amazon, in particular, is getting extremely aggressive in this regard.

This implies that the inventory drawdown we saw in 1Q GDP revisions is going to continue.

I believe we are seeing a very material slow-down across the economy in final demand.

Last week’s consumer income and spending report strongly suggested this to be the case, and the big retailers, including online retailers like Amazon, are highly attuned to this dynamic and have the data before the government does (since they’re the ones who collect it!)

If they’re making changes like this it is in response to market conditions; they do not want to get stuck with inventory they cannot move, whether their suppliers get paid up front or only on sale or not.  Reality is that product that sits is expensive to warehouse and manage while generating zero revenues; that is a direct assault on the top line of the business and that’s the worst place to take such a hit.

I don’t think 1Q is an aberration given these changes that I’m seeing across the board with various retailers and supply management.  I think it’s economy-wide and in the next quarter or two we’re going to see it show up in bright lights to caterwauls of but nobody saw it coming!

Essentially, what’s happening here is that business owners don’t want to risk ordering too much inventory all at once like they might do in a healthy economy. This can only be a direct result, as Denninger notes, of market conditions and fear of getting stuck holding inventory they can’t sell.

As was noted last month, the American consumer is strapped and their incomes can no longer support the consumption necessary to keep the economy growing. The latest inventory draw-down confirms this effect, as does the fact that major household retail brands are being absolutely pummeled according to their latest earnings reports.

The government has officially revised the first quarter economic growth numbers (GDP), confirming that the economy shrunk between January and March of this year. By mid summer we should receive confirmation of a second quarter of negative growth, officially taking the U.S. back into recession.

The wind is about to be taken out of the sails of this economy. It should become apparent to all those towing the recovery line in coming months, though they will likely tell us that no one could have known this was going to happen.

By the end of this year it should be crystal clear. 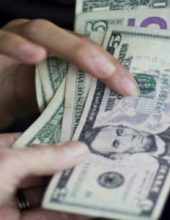 Problem, Reaction, Solution – How the Government Will Take Your Cash – Governments of the World are Coming for Your Cash