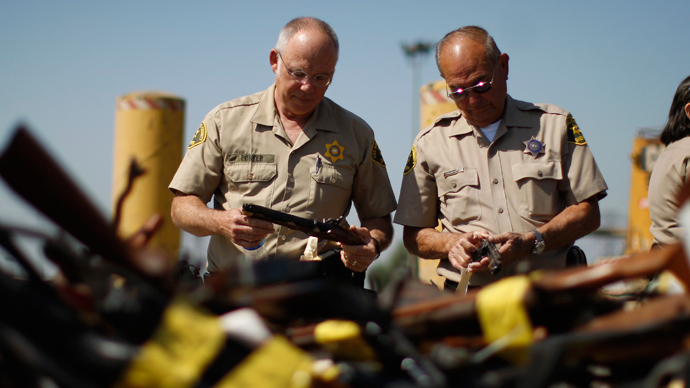 The Los Angeles County Sheriff’s Department hired dozens of officers despite the fact that background checks turned up instances of serious misconduct on and off duty.

The news surfaced after an investigation of sheriff’s files by the Los Angeles Times. The newspaper found that 188 of the 280 individuals hired by the department in 2010 had been rejected from other law enforcement agencies, including nearly 100 who displayed evidence of dishonesty, such as falsifying police records.

About 92 of the officers hired had previously been disciplined for misconduct by other police agencies, and 29 were previously fired or compelled to resign following allegations of misconduct. In some cases, an applicant had fired their weapon accidentally, solicited prostitutes, or even had sex while at work.

Law enforcement officials in leadership positions, including Larry Waldie, County Sheriff Lee Baca’s second-in-command at the time, told the Times they were not aware of the misconduct uncovered by the background investigations.

"That information was not brought to me … I don't recall any of these specifics so don't ask me anymore," Waldie said when the newspaper detailed some of its findings.

Afterwards, Waldie, who’s now retired, stated there was “significant pressure” from the County Board of Supervisors when it came to hiring former officers.

Responding to these allegations, a county spokesman told the Times that the Sheriff’s Department was told "clearly and emphatically" only to hire individuals if they met the agency’s hiring standards.

One officer, David McDonald, told sheriff’s investigators that he kissed and groped a 14-year-old girl with whom he had a relationship. He was originally fired from the Santa Clara County Sherrif’s Department due to accusations of using excessive force on prison inmates.

He was hired by the L.A. Sherriff’s Department and assigned a position as a jail guard. Even McDonald was stunned by the event.

"How can you put me back in the jails when I already had a problem there?" he told the Times about his assignment.

The Sheriff’s Department files contained numerous instances of proven and alleged misconduct by officers, but the Times stated it focused on instances “that had been proved in court, sustained in workplace investigations or in cases where the applicants themselves admitted to wrongdoing to sheriff's investigators.”

Although it’s unclear exactly how all the hired officers are performing in their new positions, some of them have been accused of wrongdoing since. County police officer Gary Esquibel was suspended after allegations surfaced that he allowed three inmates severely beat another prisoner. His case is still under investigation.

Another officer, Desmond Carter, was fired after pulling out his gun while off-duty and firing it at a civilian’s car during an altercation that occurred after a car accident.