First, what is a global currency revaluation? Put simply, it would be a return to a new currency standard that all nations would agree upon, such as a gold standard. The last major global currency agreement occurred in the wake of World War II and was known as the Bretton Woods agreement. Under this agreement, the world’s allied nations agreed to a fixed international gold standard attached to the U.S. dollar. Because the U.S. dollar operated as the primary global medium of exchange under this post-war agreement, the U.S. economy greatly benefited at the expense of other nations.

RELATED : The World Is Now On The Edge Of Massive Financial Destruction And Total Chaos

There are many people who believe there is a global currency reset coming soon. This reset will result in an overnight crash of the dollar and the stock market. Those who sell gold, silver, foreign currencies, newsletters and a host of other items have talked about this reset. They claim it will happen overnight. Wealth will be transferred and many people will be thrown into poverty. Information about this reset has been used to sell many items. This global currency reset is predicted to be worse than the 2008 meltdown.  China is buying more gold.Geo political power blocks are in play. The claim is the dollar will crash while other fiat currencies rise in value? Is there any truth to this? There are many conspiracy theories regarding money's history. Even so, Fact is stranger than fiction. It is important to understand America’s early money history in order to grasp what is really going on today. America’s monetary history is but one piece to this puzzle. This book examines today’s economic landscape and it shows you how we got to this point. We talk about America's monetary history, the stability of our economic future, and the truth about what is actually in store for the dollar. 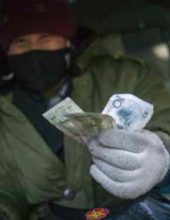