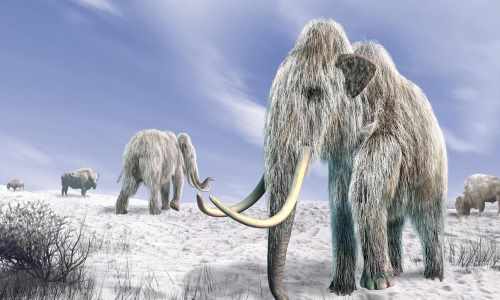 Evidence is offered that the Oroville dam fiasco may have been purposely done as part of a ‘Population Reduction’ operation by members of the elite and their political minions. This ‘Population Reduction’ is also tied to an impending Ice Age weather change event occurring in Earth’s near future. The elite are/were moving to insure there survival in a position of dominance over the peoples of the Earth even too the point of using nuclear devices to destroy the Oroville dam, and temporarily, California’s massive food production capabilities.

There is reason to believe that the Oroville dam situation is far more serious than it appears on the surface. It appears that the broken spillway may have been an intentional act to promote long term mass starvation. It is related to an upcoming period reflecting ‘Climate Change’, but not one of Global Warming, but rather to an impending Ice Age. California is a ‘food production’ colossus and the USA is a net exporter of food. However, during an Ice Age, global food production diminishes as does the USA’s ability to produce food. But California’s optimal weather conditions remain largely unaffected.

Finally, the Earth will enter an ice age with ocean temperatures and glaciation similar to what was found at the height of the last ice age, 18,000 years ago. Extensive evidence shows that ocean temperatures then averaged about 1.5o to 2oC (2.7o to 3.6oF) colder. 10o C (18oF) colder weather is likely in the higher mid- latitudes. However, temperatures on land were generally 5o to 15oC colder than today, particularly at higher latitudes. Lowered temperatures resulted in less evaporation but the reduction in precipitation was even greater. Thus, the net effect was a drier climate.

Although temperatures varied from place to place, evidence suggests that near the Great Lakes, in Turkey, Iran, and central Russia average temperatures were as much as 15oC colder. Temperatures were perhaps 5o to 10oC colder in southern Australia, New Zealand, the western United States, South America, Africa, and Asia. A few places in central Africa, on the California coast, and in northern Australia were only a few degrees colder. But those were near oceans and were influenced by milder oceanic cooling. The continental record indicates generally drier conditions throughout central Africa, central South America, Alaska, southeastern United States, India, and much of Australia. Notable exceptions appear to have been extreme northern Africa, central south Africa, and the southwestern and central United States, where evidence for wetter land surfaces appears.

Investigations have been made of rainfall patterns in the central Kalahari desert watershed (now a semi-arid area with little surface drainage). They suggest that it was a region of many small lakes as a result of the increased rainfall at the end of the last glacial maximum. Notice that certain geographical features have changed because the oceans dropped about 100 meters (300 feet) during the last glacial maximum.
Such weather conditions usually imply a major decrease of the world’s population. The elite, and their political minions, see an opportunity to position themselves as a ‘lords’ class while defining a ‘serf’ class to serve them. The purpose of this web page is to supply data defining this situation, thus frequent updates may occur.

POPULATION REDUCTION
Along with an Ice Age comes a massive reduction in Earth’s human population. The Georgia Guidestones may be more of warning than many have appreciated. They may be a warning of what is to come, especially the ‘Population Reduction’ they appear to recommend. Along with that population reduction, there may be the obvious question of ‘Who Is To Be Left’, ‘Who Is To Lead Them’. and how is this ‘Population Reduction’ to be accomplished in the most orderly way?

The Oroville dam problem may have been intentional, and this could be the worst time for such a problem to happen to our average USA citizen. For example, this Oroville dam fiasco may have been an act of sabotage perpetrated by elected officials like Gore, Feinstein and Brown. The purpose is to kill off the ‘useless eaters’ and maintain the world at a population which it could support during an Ice Age. That population would include our ‘elite’ and those of us necessary to be their slaves. And now our elite are carrying out one of the initial steps in their ‘Population Reduction’ program.

California is a major food producer for both the USA and the world. However, past military adventures by the USA are not motivated for purposes of self defense, but rather to ‘lead the world’. Judging by the USA’s mass murder of millions in the Mideast, including those a half million children, the leaders of the USA appear to be nothing more than genocidal psychopaths. Worse yet, this is not the first time that California Senators have plotted to use nuclear devices against the people of the USA. Should the plan have succeeded, our Mainstream Media would likely have blamed it on ‘terrorism’. These ‘dam busters’ show the extent our elite and elected officials will go to achieve ‘Population Reduction’.

If a modest or mini Ice Age occurs, or a massive Younger Dryas like one is initiated by a cosmic impact event, a dramatic decrease of the population of the world by starvation is likely to follow. The elite, and their minions, may have come to the conclusion that an initial period of fierce or intense starvation can get rid of the vast numbers of ‘useless eaters’ with a following period of regeneration a docile class of humans to serve them. To these ends, temporarily, a dramatic reduction of California agricultural production was envisioned. This would quickly exhaust the resources of the average citizen to purchase food.

Those watching the Oroville dam situation are noting that there are strange actions being taken. Some noting that sections of reports are being ‘blacked out’ and others are even suggesting sabotage. Also, seepage in the earthen Oroville dam has been found several years ago and warnings have been issued by inspectors to keep the water level low. Since the Oroville dam irrigates much of California’s agricultural lands, its failure could lead to a major decrease in the USA’s food production, especially during Ice Age conditions.

Global Warming Will Cause –

Are we having Global Warming or are we going into an Ice Age? The truth is:

We are not the cause of Global Warming. Somewhere between 85% and 95% of greenhouse gases are WATER VAPOR.

At most, only 3% of the carbon dioxide (CO2) in the air results from human activity.

The amount of CO2 presently in the air absorbs nearly all available radiation at its peaks of 2.7, 4.3 and 15 µM; so more CO2 cannot absorb more radiation.
17,000 (Seventeen thousand!) scientists signed a petition saying humans producing CO2 is not the cause of global warming.
The 30% increase in atmospheric CO2 over the past 100 years is from oceans releasing CO2 because they are heating up. Oceans heat the air, not the other way around.
The oceans are heating because of undersea volcanoes, because of the movement of the earth’s crust. Scientists recently discovered over 1,100 volcanoes near Easter Island! Some are huge – over 1.5 miles high. And we have only mapped 5% of the ocean so far! Scientists estimate there are THREE MILLION undersea volcanoes.
Most of us were taught in school that there was only one big ice age. Since that time, much new information has been learned. We have in fact had hundreds of ice ages. Many of them were “mini” ice ages, where most of Europe and the North American continent were covered in thousands of feet of ice all year round. However, at those times, temperatures below the ice line were only about 5 degrees F less than today, and temperatures at the equator were the same as today.

The sun is electromagnetic. That’s what causes sun spots. These are increasing at the moment. The earth also is electromagnetic. At different times, magnetic north changes position, sometimes a little bit and sometimes doing a full reversal with magnetic south. It is possible that these changes are caused by our changing position in the galaxy.
In the past, when there were magnetic reversals, volcanic activity, earthquakes, ice ages and extinctions happened at the same time. New research indicates that ice ages do not start off slowly.

They happen within a very short space of time – EVEN AS LITTLE AS TWO OR THREE YEARS. Worldwide temperatures in the past have dropped by 20 degrees F ALMOST OVERNIGHT.
Ice ages happen with regularity every 11,500 years. The last mini ice age ended almost 11,500 years ago.
Snow makes ice. When there is enough snow, it compacts the underneath snow into ice. Then it starts to flow south. That’s how glaciers get made.
One inch of rain produces 10 inches of snow. In 2007 part of Colorado received THIRTY FEET of snow in ONE STORM.

WARNING! A NORMAL ROOF LOAD IS 40 LBS/Sq. Ft. 1″ of snow is 1 Lb/Sq.Ft. THAT MEANS ANY ROOF CAN COLLAPSE AFTER JUST 40″ OF SNOW! And that’s dry snow. Most will collapse before 40” of wet snow.Roofs will collapse when too much arrives in one storm, or when there is so much snow outside that people cannot move it anywhwere. Move south now!
It’s cold enough in the Arctic right now to cause an ice age. All that is needed is more moisture to produce enough snow. This is being provided by warming oceans caused by undersea volcanoes.

As the food costs for everyone on this planet continue to rise, the global economy will begin to unwind into something far greater than 2008. The collapse of fiat un-backed currency during this time will be replaced with digital currency during and after the grand solar minimum and effects that this event brings with it. Our societies will rebuild and restart again but with a new form of money, crypto currency.

The Concensus 2017 meetings in NYC have assured that Ethereum will led the way as a platform to create smart contracts and inter-commerce and e-commerce payment systems interwoven with Fintech and Bitcoin will be a medium to store wealth.

Why This is Important to Everyone

Even if you don’t live in an area that will be covered in hundreds or thousands of feet of ice, I strongly urge you to read “Alive After The Fall” to get an idea of how it’s not just about an ice age. Because it’s all to do with magnetic reversals of the poles. Direclty or indirectly, that is what is causing the increases in earthquakes, volcanoes, droughts and flooding and weird weather. And it is going to get worse.

When the ice age comes, everything happens at once – ice, volcanic activity, earthquakes and extinctions.

The worldwide supply of food willl be the thing that is most greatly affected by all of this, at least for several years. Without regular seasons and good weather, little can be grown, even in areas that aren’t under ice. And if one of the big volcanoes go during this time, then we are all in for a lot of trouble.