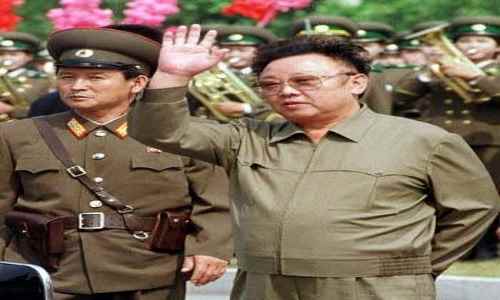 In what has to be their boldest public statement yet, Communist North Korea has threatened to “Wipe United States off the Map.”

About a week ago, a ship, the Kang Nam left the North Korean port of Nampo on it’s way to Myanmar allegedly carrying weapons, or materials to build weapons. Given the new U.N. Security Council resolution that requires member states to seek permission to inspect suspicious cargo, the USS John McCain, a U.S. Navy destroyer moved into position to intercept the Kang Nam.

In response to the U.S. ship moving in, North Korea issued a statement via the official Korean Central News Agency that “If the U.S. imperialists start another war, the army and people of Korea will … wipe out the aggressors on the globe once and for all.”

North Korea has been getting more and more vocal in recent months. Back in May they launched a long range rocket that fell into the Pacific about 1000 miles north of Hawaii, and just a few weeks ago they detonated a nuclear device in an underground test. They have also been bullying the international community by banning ships in or near their waters in order to test short range and mid range missiles.

This time though, they’ve all but declared war on the United States and their allies. For a country to threaten to wipe another country and all it’s people off the globe… that’s not a statement to be taken lightly.( via inquisitr.com )

The United States is warning North Korea to refrain from any further provocative actions in response to the country’s leader Kim Jong-un saying he was readying its nuclear weapons after the UN Security Council (UNSC) decided to expand sanctions on Pyongyang, White House spokesperson Josh Earnest stated during a press briefing on Friday. Sputnik reports, the White House spokesperson noted it was "too early to tell" whether the expanded Security Council sanctions had had any effect on North Korea, but reaffirmed the stand of the United States and the international community that Pyongyang should fulfill all international obligations regarding its nuclear program.