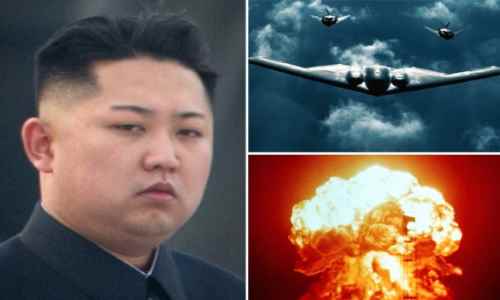 North Korea is convinced the US is going to launch a pre-emptive NUCLEAR attack upon them in 9 days, when annual Military Exercises begin on August 22.  KIM Jong-un has accused America of planning to launch an imminent nuclear attack as it moves stealth bombers onto his doorstep.

United States Air Force nuclear-capable B2 bombers have been deployed to airbases near North Korea prompting panic in Pyongyang. 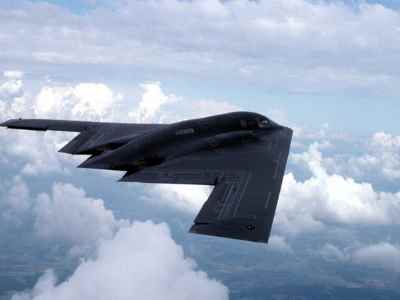 Hermit dictator Kim has been ramping up his nuclear power and threatening war ever since he accused the United States of "crossing the red line" with military operations in region.

But as the US continues to call his bluff – earlier this month moving strike bombers onto their base in Guam – the crazed despot is now promising "merciless retaliatory counteraction".

Pentagon officials have said the movement of military equipment is routine as they carry out join military exercises with Kim's bitter enemy South Korea.

But North Korea says when joint-drills begin on August 22 its enemies will launch a twin nuclear attack to wipe out the beggar kingdom.

Chillingly the secretive state has pledged to respond before they are attacked – adding a "pre-emptive nuclear attack is not a monopoly of the US".

It said: "The US imperialists have already examined at the phase of an actual war the capabilities of nuclear strategic bombers for mounting the preemptive nuclear attack on the DPRK

"These military moves only harden the will of the service personnel of the Korean People's Army to take merciless retaliatory counteraction against them.

"A preemptive nuclear attack is not a monopoly of the U.S."

He said: "Our strategic bomber force routinely operates around the globe and with our regional allies and partners, and this deployment is one such demonstration of the US commitment to supporting global and regional security."

Tensions in the region are high as nearby Japan bolsters its defenses as Kim testfires missiles into the Sea of Japan.

Vladimir Putin is set to meet with South Korean leaders in order to the discuss the problem coming from the North.

Preparing for a disaster, what makes the best survival food for an emergency?

Former United States chief intelligence adviser has warned a war between the US and China would be long, destructive and could erupt if regional disputes already underway overheat.

David Gompert sent the warning to policy makers in a Rand Corporation report commissioned by the US Army.

"War between the United States and China could be so ruinous for both countries, for East Asia, and for the world that it might seem unthinkable," Mr Gompert wrote.

"Yet it is not: China and the United States are at loggerheads over several regional disputes that could lead to military confrontation or even violence between them.

"If an incident occurred or a crisis overheated, both have an incentive to strike enemy forces before being struck by them.

"And if hostilities erupted, both have ample forces, technology, industrial might, and personnel to fight across vast expanses of land, sea, air, space, and cyberspace."

He said if such a war broke out today, China's losses would greatly exceed that of the US.

But he said it was possible by 2025 China's economy may have overtaken America's and the gap could be much smaller.

"Even then, however, China could not be confident of gaining military advantage, which suggests the possibility of a prolonged and destructive, yet inconclusive, war," Mr Gompert said.

US 'should prepare for long, fierce war'

Mr Gompert said the US should make sensible preparations to wage a "long and fierce" war with China but argued it must also develop plans to limit the scope, intensity and duration of such a conflict.

His report came ahead of November's US presidential election, in which one of the candidates, Donald Trump, has refused to rule out the possibility of conflict.

"I would use trade to negotiate. Would I go to war? Look, let me just tell you. There's a question I wouldn't want to answer," Mr Trump said in a New York Times interview in March.

"Because I don't want to say I won't or I will or — do you understand that.

"That's the problem with our country.

"I don't want to say what I'd do because, again, we need unpredictability."

Australian National University defence expert Paul Dibb said: "[If Mr Trump wins the election] sure as hell … we'd have the most unpredictable America the world has ever seen."(source)