ON THE 30TH ANNIVERSARY OF CHERNOBYL, HERE’S WHAT WE ARE STILL NOT BEING TOLD 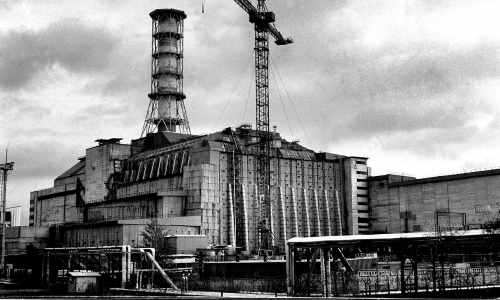 On the 30th anniversary of the world’s worst nuclear catastrophe yet, a new report shows radioactive contamination from the 1986 explosion at Chernobyl in Ukraine still lingers in startlingly large amounts across the border in neighboring Belarus.

In an exclusive report by the Associated Press, fresh milk from a Belarusian dairy farm contained a radioactive isotope, traceable to the Chernobyl disaster, at “levels 10 times higher than the nation’s food safety limits” – thirty years after the accident occurred.

Though the AP turned to a laboratory to test the milk, dairy farmer Nikolai Chubenok called the results “impossible.”

“There is no danger,” Chubenok asserted to AP journalists at his farm, just 28 miles from the site of the 1986 explosion and meltdown. “How can you be afraid of radiation?”

Though Chubenok and the Belarusian government — itself notoriouslyauthoritarian and intent on denying the dangers still present — might insist on the area’s safety, other reports from doctors and scientists paint the landscape in a vastly different light.

Belarusian milk, though indicative, is inadequate in illustrating the astronomical devastation of the Chernobyl legacy.

In 1996, ten years after the explosions, meltdown, and raging nuclear fires at the Chernobyl Nuclear Power Plant, the International Atomic Energy Agency (IAEA) estimated the disaster had spewed “400 times more radioactive material into the Earth’s atmosphere than the atomic bomb dropped on Hiroshima.”

Lichens and mushrooms so thoroughly absorbed this radioactivity, in particular radioactive cesium, that reindeer over 1,000 miles away in Norway — where the meat is eaten — remain unfit for human consumption. Wormwood Forest, near the accident site, stands as an eerie monument of contamination with dead trees turned ginger-colored. Mass evacuations of humans from the areas surrounding Chernobyl naturally led to an explosion in wildlife numbers in species such as boars and wolves. And, as scientists discovered in 2011, birds displayed 5 percent smaller brains than average due to radioactivity lingering in the atmosphere.

Estimating the total number of human casualties resulting from the spectacularly failed foray into nuclear energy has largely been an exercise in futility. Greenpeace estimated ten years ago the total number of cancer cases resulting from Chernobyl would top 250,000 — with around 93,000 of those being fatal. Based on a Belarusian study, Greenpeace surmised 60,000 people had perished in Russia and potentially an additional 140,000 in the Ukraine and Belarus would die directly as a result of Chernobyl radioactive contamination. That study challenged the lowball estimate of 4,000 total deaths proffered by the United Nations in 2005 — a figure eventually abandoned once it realized “unacceptable uncertainties” made quantifying fatalities too tricky.

As Timothy A. Mousseau wrote for U.S. News & World Report,

“in the past decade population biologists have made considerable progress in documenting how radioactivity affects plants, animals, and microbes […]

“Our studies provide new fundamental insights about consequences of chronic, multigenerational exposure to low-dose ionizing radiation … The cumulative effects of these injuries result in lower population sizes and reduced biodiversity in high-radiation areas.

“Radiation exposure has caused genetic damage and increased mutation rates in many organisms in the Chernobyl region. So far, we have found little convincing evidence that many organisms there are evolving to become more resistant to radiation.”

In myriad ways, the Chernobyl catastrophe earned the distinction of being a darkly pivotal moment in history — not only did world perception of nuclear power drastically change, but an unsuccessful attempt by government to downplay the extent of the accident is widelybelieved to have cemented the downfall of the Soviet regime.

Though the devastation at Fukushima often earns comparisons to Chernobyl, the latter still stands dubiously as the worst civic nuclear calamity in history. Thirty years after Chernobyl became a household name, its impacts are still experienced on an eye-opening scale.

Perhaps, when considering both Chernobyl and Fukushima, it’s imperative we ask whether risks of potentially devastating consequences resultant of human error or technical failure could possibly be worth our continued attempts to harness nuclear energy — particularly when advances in solar and wind could make the long-term ‘experiment’ technologically and critically obsolete.

The “Anti” in our name does not mean we are against the media, we are simply against the current mainstream paradigm. The current media, influenced by the industrial complex, is a top-down authoritarian system of distribution—the opposite of what Anti-Media aims to be. At Anti-Media, we want to offer a new paradigm—a bottom-up approach for real and diverse reporting. We seek to establish a space where the people are the journalists and a venue where independent journalism moves forward on a larger and more truthful scale. 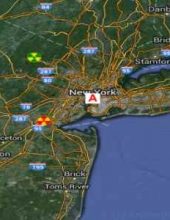