Pompeo: US Will ‘Crush’ Iran if Necessary 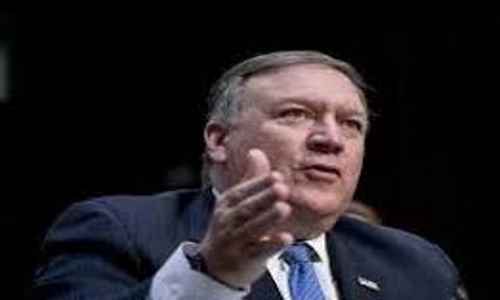 Mike Pompeo, US Will ‘Crush’ Iran

Secretary of State Mike Pompeo has outlined the Trump administration’s new plan on Iran. Pompeo said the administration is prepared to ‘crush’ Iran if it does not change course. RT America’s Manila Chan has this report.

The suspense is over. Two weeks after President Trump ruptured the 2015 nuclear accord with Iran to a chorus of questions about the administration’s “Plan B,” Secretary of State Mike Pompeo yesterday outlined a new U.S. strategy for contending with the persistent challenges posed by the Islamic Republic of Iran.

There’s only one problem with the strategy: It’s not a strategy at all, but rather a grab bag of wishful thinking wrapped in a thinly veiled exhortation for regime change in Iran.

Actually, there are about a dozen other problems with the strategy that Pompeo articulated—that being the number of benchmarks that the speech laid out as the prerequisites for any “new deal” that he insisted the administration is “ready, willing, and able to negotiate” with Iran. Despite this nod to the possibility of new negotiations, the substance of Pompeo’s remarks forecloses any realistic avenue for diplomacy with or around Iran’s current leadership. And it will exacerbate existing frictions around a variety of diplomatic and trade issues with all of America’s traditional partners.

Instead, the speech heralds an unabashed embrace of go-it-alone maximalism that is not only likely to come up short on Iran, but will also backfire across an array of U.S. interests and allies in an unpredictable fashion. Trump’s alternative to the Iran nuclear deal is a dead end, one that will alienate our allies, disregard vital partners such as Russia and China, and divorce U.S. policy on Iran from even the slightest pretense at multilateral support or realistic objectives. What a terrible waste of U.S. leverage and leadership.

But in practice, the narrow transactionalism of the 2015 nuclear accord with Iran, known as the Joint Comprehensive Plan of Action (JCPOA), contributed to its eventual unravelling by Trump. An unavoidably imperfect solution to only one aspect of the Iran problem ensured that the continuation—and in many cases, the exacerbation—of Tehran’s regional malfeasance loomed all that much larger. In the aftermath of the deal, the real and present dangers of Iran’s support for violent proxies, its military entrenchment in Syria, and its relentless domestic repression seemed even more resistant to external pressure or inducements. And with the clock ticking on the expiration of some of the JCPOA’s restrictions on Iran’s nuclear activities, skepticism around the nuclear deal’s value eroded the durability of the deal in Washington. It’s worth noting that Iranians felt a corresponding buyer’s remorse, having overestimated the ripple effects of reopening their economy, their compliance assured by the lack of obviously better alternatives.

Trump felt no such constraint. Having made his name as a wheeler-dealer, he disdains half-measures and is convinced he can find holistic fixes to protracted problems. Which is why his new secretary of state articulated an ambitious laundry list of demands for a new deal in his speech today—including a full accounting of Tehran’s past nuclear work, an end to Iran’s support for terrorist organizations, the release of unjustly detained dual-nationals.

Who can rightly argue against these as the aspiration objectives of U.S. policy? The difficulty, of course, is that the speech offered no realistic pathway to achieving them. Insisting on an unequivocal end to the full inventory of Iranian misdeeds is not a starting point for a serious negotiation. It’s magical thinking to suggest that after 40 years and at the apex of its regional reach, the Islamic Republic will proffer a blanket capitulation in exchange for the promise of a future treaty with a government that has just jettisoned an existing agreement.

The realistic outcome is that Trump will not get his bigger, better deal or his advisors’ hoped-for regime change; Iran won’t bend, and it probably won’t break either. That appears to be an acceptable alternative outcome for the Trump White House. Iran will remain in the penalty box, an international pariah state subject to severe economic pressure and, at least in theory, robust regional deterrence. As former senior Obama administration official Jake Sullivan noted last week: “The punishment is the strategy.”

This is an approach that vaguely parallels what my colleague Natan Sachs has described as “anti-solutionism” as applied by the Israelis to their own enduring security dilemma—the conviction that “there are currently no solutions to the challenges the country faces and that seeking quick fixes to intractable problems is dangerously naïve.” Instead of reaching for a grand bargain, the game plan is open-ended confrontation, with the goal of limiting the immediate risks and damages.

There’s only one problem with this approach as a long-term mechanism for managing Iran: In terms of advancing American interests in peace and stability in the Middle East, it’s manifestly inferior to the arrangement Trump just discarded, the nuclear deal.

– How to make protective clothing to shield you against chemical weaponry using simple household items. This covers you when an attack is imminent and you do not have the necessary gear or did not have time to buy required gear.
– How to craft a plan to survive even when times become challenging. Here, Cain explains simple military science to help you survive at home. You will need to use simple equipment and substances available at home.
– How to distinguish clean water and food from ones that have been contaminated after an attack. This keeps the family safe and free of diseases that may be caused by contaminated food or water.
– Besides teaching people how to survive when the latter days comes, individuals can use the eBook as a handbook for survival during war times. 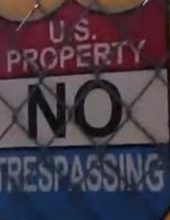 The Government’s Plan To Survive Nuclear War Doesn’t Include You: “There Won’t Be Enough Bulldozers To Scrape The Bodies Off The Street”