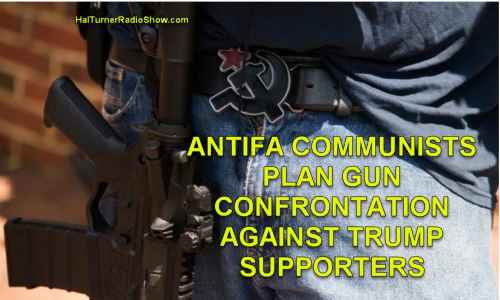 NOTE: THIS STORY HAS BEEN CENSORED BY FACEBOOK!  A violent ANTIFA cell based in Portland, Oregon is planning a “direct confrontation” with participants in a pro-Trump rally next Saturday, according to a call to action on the leftist website “It’s Going Down.”  ANTIFA people are already being told to “. . . bring guns!”

First, let’s take a look at the web site from which this info came: ItsGoingDown.org and see how they describe themselves:

“. . .  anti-capitalist?”   ” . . .  promote revolutionary theory and action?”   Revolutionary?  As in overthrowing our systems?  Our Government?  As in COMMUNIST REVOLUTION?   Yep, that fits the bill as far as I read it.

Now, on to what they talked about:

“Rose City Antifa has continued their great work of doxxing the Portland area Proud Boys involved in this violence, and is also calling for militant antifascist resistance against Patriot Prayer,” reads the posting first reported by Cassandra Fairbanks of the Gateway Pundit.

The Rose City Antifa group notably clashed with members of Patriot Prayer and the pro-Trump “Proud Boys” in early June, which resulted in a viral video of a member of Antifa being knocked out during a melee started by the violent “resistance” group.  That video appears below:

A spokesperson for Rose City Antifa told It’s Going Down said that the group plans to “show that the community will not allow violent nationalist opportunists to threaten our city and target our people. (Hal Turner Remark: Right, because Praying is so darn violent and threatening.) We will overwhelm them both by force of numbers and commitment to defending our community. Whatever it takes.“

As Fairbanks notes, the call to action urges members to engage in “direct confrontation” to “eliminate” the conservative groups’ ability to hold rallies.

“Without direct confrontation, PP and other white nationalist groups will feel entitled to threaten people where ever and whenever they like. (Hal Turner Remark: “threaten” to them means public rallying; you know, free speech!)  First they target Anti-Fascists and Anti-ICE activists, then they target Pride, marginalized community spaces, minorities, and migrants. They believe ‘might makes right’ and unless the community steps in to stop them, there is no telling who they will attack next for political gain,” the call to action continues.

“Better bring our own guns too”

Journalist Tim Pool noted a Reddit discussion in the “Anarchism” subreddit in which Antifa members discuss arming themselves ahead of the event.

“Only thing I’m worried about is some nut with a gun and a bunch of bullets,” says one user, to which another replied “Better bring our own guns too just to be safe.”

August 4th in Portland is already sounding like it is going to get really bad.

Activists call for bringing guns in preparation for escalation.

During the June “Battle of Portland,” police recovered knives and other weapons, as well as bear mace.

Last April, 21 people were arrested after violence broke out between Trump supporters and members of Antifa in downtown Berkeley – leading to several injuries and the recovery of weapons from Antifa which included knives and spiked poles. 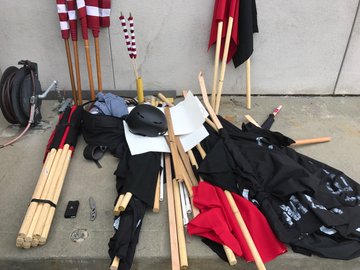 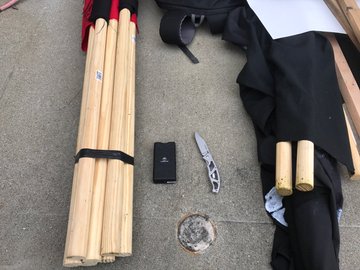 Here are some of the prohibited items that have already removed from the park today. http://cityofberkeley.info/City_Manager/Press_Releases/2017/2017-04-14_Rules_Imposed_for_Saturday_April_15_at_Civic_Center_Park.aspx …

Here are just two photos (there are hundreds more) of what ANTIFA  does to Trump supporters:

In the United States of America, federal law declares that Communists have NO RIGHTS.   Pursuant to Title 50, United States Code § 842:

In my layman’s interpretation of this law (and bear in mind that I am NOT an attorney and thus not legally competent to render a legal opinion) these people do NOT have any of the rights enshrined in the first ten Amendments of the Constitution for the united States.  No right to free speech.  No right to assemble. etc.  I would go so far as to say they do not even have the right to life.

Of course, some may argue that these rights accrue to each INDIVIDUAL and thus the individual participants somehow still HAVE such rights.  I disagree.

It would be sickly ironic if these violent Communists would claim US Constitutional rights, when their very existence is the publicly stated aim of forcibly overthrowing that very Constitution.

IN ADDITION, pursuant to yet another federal law, 18 United States Code § 2385, it is a federal CRIME to join, march with, or even become affiliated with a group that teaches or promotes the overthrow of any government in the USA.  That law states:

Whoever, with intent to cause the overthrow or destruction of any such government, prints, publishes, edits, issues, circulates, sells, distributes, or publicly displays any written or printed matter advocating, advising, or teaching the duty, necessity, desirability, or propriety of overthrowing or destroying any government in the United States by force or violence, or attempts to do so; or

Shall be fined under this title or imprisoned not more than twenty years, or both, and shall be ineligible for employment by the United States or any department or agency thereof, for the five years next following his conviction.

If two or more persons conspire to commit any offense named in this section, each shall be fined under this title or imprisoned not more than twenty years, or both, and shall be ineligible for employment by the United States or any department or agency thereof, for the five years next following his conviction.

Both ANTIFA and those aiding them seem to already KNOW that what they’re doing is a crime in the United States; they’ve made certain to use a web site host IN FRANCE to skirt our law and get around it!

A TRACERT command to trace the route to/from itsgoingdown.org shows the site IP address to be 91.121.148.131 which traces back to:

Isn’t it interesting that President Macron of France, who refuses to stop the third-world invasion of his own country by Muslims, and who stands idly-by as French identity and customs are literally destroyed in his own capital city of Paris, comes here to America and acts like he’s chummy-chummy with President Trump, while actually allowing a web site advocating forcible attacks against Trump supporters IN AMERICA to be hosted in his country, France?

Macron looks Trump in the eye as France stabs America in the back by hosting web sites to overthrow our nation, replace our systems with Communism and violently attack our own people on our own soil!   Have you ever seen such blatant treachery?

In my view, this effort by ANTIFA is overt and criminal Intimidation.  It appears to me to be an effort to make Trump supporters fear going to peaceably assemble to show their political support of our President.

If you succumb to that intimidation, they win.

So here’s my recommendation:  If you plan to exercise YOUR right to peaceably assemble to show your support for our President, make certain you bring with you the means to protect yourself.

But only do that if you are MENTALLY prepared to actually USE those means.

If you are not MENTALLY PREPARED to take defensive action using potentially lethal force, then don’t go.

ANTIFA has repeatedly shown its willingness to use barbaric and brutal violence.  Until they are stopped – and this may the the place they ARE stopped – they will just get worse.

America is heading into Civil War.  These ANTIFA people started it with violence long ago.  Maybe this event in Portland is where they will actually BE stopped?   I just don’t know. 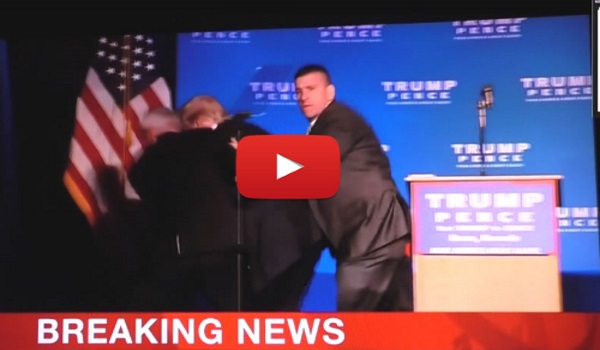 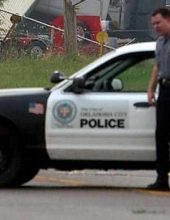