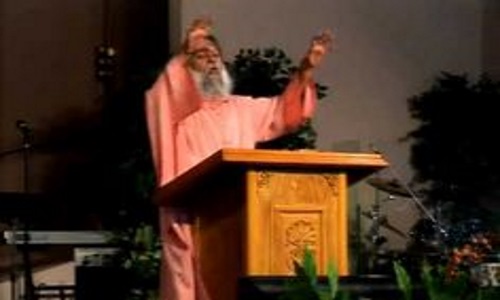 America Will be Split by a Huge Earthquake, Prophecies, When it Betrays Israel

Joel chapter 3 tells us that the reason God will bring destruction upon the nations that surround Israel, is because they will split Israel:

“1 For behold, in those days and at that time, when I restore the fortunes of Judah and Jerusalem,
2 I will gather all the nations and bring them down to the Valley of Jehoshaphat. And I will enter into judgment with them there, on behalf of my people and my heritage Israel, because they have scattered them among the nations and have divided up my land . . .”

You should be aware that things are looking more and more like the Great Tribulation can start real soon, such as the birth pains of the earth that are taking place with record heat, record cold, droughts, floods, comets, asteroids, record tornado destruction, record fires, you get the picture.

And there are many people who are having dreams and visions of a tsunami hitting the east coast, which is described in Revelation 8, with the 2nd Trumpet. So it should be no surprise that the Canary Islands recently had an earthquake, and there are dozens of volcanoes around the world that are erupting. So the volcano on the Canary Islands could erupt in the very near future and cause part of the mountain to slide into the ocean causing the tsunami.

All of this fits together with what we expect to happen during the Great Tribulation, including what the prophet Sadhu Sundar Selvaraj predicted. Hosea says that the Jews will turn to God while they are suffering greatly, so it makes perfect sense that Israel will be divided and the Jews go into another diaspora. Zechariah 14 tells us that Israel will be invaded, 1/3rd of the people killed, 1/3rd will go into captivity, leaving only 1/3rd.

Here is the reference from Hosea:

I [Jesus] will go back to my place until they admit their guilt. And they will seek my face; in their misery they will earnestly seek me.” (Hosea 5:15)

This verse proves that the Jews will convert to Christianity before the return of Christ. There are other verses that prove this as well; see my book, Discoveries in Bible Prophecy.

What the prophet said fits with other things I believe will take place during the Great Tribulation. America will be weakened by the tsunami, which is the FIRST all of Babylon the Great America. This will allow the Beast to come up out of the Abyss (the 5th Trumpet), and World War 3 will begin (the 6th Trumpet).

But what might be the cause of the split in America? There are several different things to consider, one is between conservatives and progressive liberals, but there are liberals and conservatives in every state. The big cities have a high population of liberals, while the other areas of most states have the conservatives. So I do not see how there can be a split down the middle of the U.S. between these factions unless it refers to the most liberal states splitting from the rest of America .

Obama is firing military leaders, about 200 so far. He is purging the military of people who hold conservative values, or will not go along with his agenda. He has formed another federal police force designed to wage war in our own cities, has purchased 1.6 billion bullets, and 2700 assault vehicles which are not designed for warfare, but for urban war. He wants to confiscate our guns, and would have done so already if he thought he could get away with it. And he wants to make it illegal to criticize Islam. All this is looking very ominous.

Here are some possible scenarios: If America splits Israel before WW3 takes place, then we could have a political split, where several states withdraw from the union. Then later, at the end of WW3, we have the earthquake that will physically split America. It is hard to know everything before it happens. It rarely plays out the way we expect.

When the tsunami takes place it will wipe out the east coast, displace millions of survivors, and rebuilding will take decades.

Dimitru Duduman predicted that America will have a civil war, and that Russia and China (and no doubt the 10-nation revived Islamic empire beast, also) will take advantage of the situation and nuke America, and then invade us. But we know the nuking will not take place until the end of the tribulation, in the Wrath of God after the Rapture, because Babylon the Great is not burned with fire until the end, as described in Revelation 18.

And my books also PROVE there will never be a world government ruled by a dictator. The beast is said to “make war” twice in Revelation 13. The beast will be a revived Islamic empire, which is even now trying to rise out of the Abyss with the war in Syria and war in Iraq. Revelation 9 says that four angels bound at the Euphrates River will be released to kill 1/3rd of mankind. The Euphrates River begins in Turkey, flows through Syria, and then through Iraq. This means that WW3 will begin in that region or at least be caused by the people living in that region.

Prophecy that America will be split, after it betrays Israel

If you have not yet watched this video, please do so and then I will provide some insights.

Other than these events taking place in 2017, what he says agrees with my interpretation of Bible prophecy. (I do not give any dates.) I knew the time must be close, because America is heading for civil war, or at the very least, division. This is said by other prophecies to be the state of America during the Great Tribulation.

This prophecy says the Church will be judged in 2017 and a separation will take place, which I mention in Discoveries in Bible Prophecy (Book 1 of the series). This event will take place before the Great Trib begins.

He also mentions a meteor shower that will burn up trees, volcanic eruptions, and so forth, which can only be the Trumpets of Revelation, so it appears these events will at least BEGIN during 2017. He does not say the Great Trib begins, but it is obvious from what he says that it must be the beginning of the GT, in late 2017.

By the way, we are currently in year 5777 of the Jewish calendar, Donald Trump was 70 years, 7 months, and 7 days old on the day he took the oath of office to become President, and the date is 2017 by the Western calendar. There are a lot of 7s there, so are the 7 Trumpets about to start sounding?