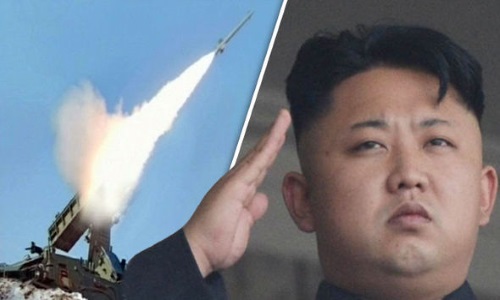 North Korea successfully launched another ballistic missile Sunday, the second test-firing of a rocket in a week and a show of defiance that Secretary of State Rex Tillerson called “disturbing.”

Vowing that the US will continue to apply economic and diplomatic pressure on the reclusive regime, Tillerson warned President Kim Jong Un to curtail his nuclear ambitions.

“Hopefully they will get the message that the path of continuing their nuclear arms program is not a pathway to security or certainly prosperity,” Tillerson said on “Fox News Sunday.”

The missile was launched from an area north of the capital city, Pyongyang, and traveled about 310 miles toward the Sea of Japan​. It was tracked by the US Pacific Command. Last week’s launch flew higher and farther, experts said, and North Korea claimed the rocket was capable of carrying a nuclear warhead that could reach Alaska.

The​ ​tests were “reckless and irresponsible actions throwing cold water over the hopes and desires of this new government and the international community for denuclearization and peace on the Korean peninsula​,” the Foreign Ministry said. ​

In Japan, Prime Minister Shinzo Abe said the launch was a “challenge to the world” and that he will bring up North Korea’s growing belligerence at an Italian meeting of the world’s major powers, the Group of Seven.

President Trump is scheduled to attend on Friday and Saturday.

The United Nations Security Council is expected to take up the North Korea issue on Tuesday after receiving a request from the US, Japan and South Korea.

A military expert at Kyungnam University’s Institute for Far Eastern Studies, in Seoul, told Reuters that North Korea has picked up the pace of the testing because it’s trying to perfect the use of solid- and liquid-fuel missiles.

Solid-fuel missiles have an advantage because they can be launched quickly from hidden mobile platforms. Liquid fuel needs to be transported by trucks that can be surveilled by satellites, according to reports.