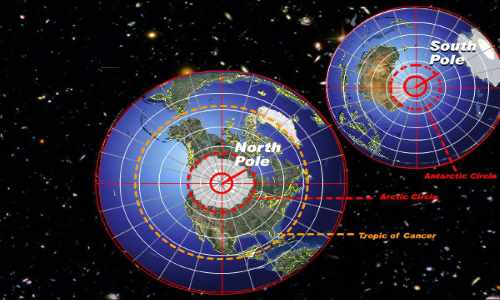 The end of the world as we know it could come in any number of ways, depending on who you ask. Some people believe global cataclysm will occur when Earth's magnetic poles reverse. When north goes south, they say, the continents will lurch in one direction or the other, triggering massive earthquakes, rapid climate change and species extinctions.

Scientists understand that Earth's magnetic field has flipped its polarity many times over the millennia. In other words, if you were alive about 800,000 years ago, and facing what we call north with a magnetic compass in your hand, the needle would point to 'south.' This is because a magnetic compass is calibrated based on Earth's poles. The N-S markings of a compass would be 180 degrees wrong if the polarity of today's magnetic field were reversed. Many doomsday theorists have tried to take this natural geological occurrence and suggest it could lead to Earth's destruction. But would there be any dramatic effects? The answer, from the geologic and fossil records we have from hundreds of past magnetic polarity reversals, seems to be 'no.'


The geologic record shows that hundreds of pole reversals have occurred throughout Earth's history; they happen when patches of iron atoms in Earth's liquid outer core become reverse-aligned, like tiny magnets oriented in the opposite direction from those around them. When the reversed patches grow to the point that they dominate the rest of the core, Earth's overall magnetic field flips. The last reversal happened 780,000 years ago during the Stone Age, and indeed there's evidence to suggest the planet may be in the early stages of a pole reversal right now.

But should we really fear this event? What will actually happen when north-pointing compasses make a 180-degree turn toward Antarctica? Will the continents tear themselves apart, or are we in store for much more mundane changes?

What Science and History Say
While earth sciences experts agree that geographic movement of the poles has occurred in the past, the rate and extent have been far smaller and of a less catastrophic impact than those predicted by the pole shift theorists. According to scientists, the extent of past polar drift has been less than 1-degree per million years or slower.

Geologic records indicate that the geographical poles have not deviated by more than about 5-degrees over the last 130 million years.​

Many of the disaster scenarios associated with geomagnetic pole reversals in popular imagination are pure fantasy, the scientists said. There definitely won't be any break-up or shift of the continents.

The first proof is the geologic record. When the last pole switch happened, "no worldwide shifting of continents or other planet-wide disasters occurred, as geoscientists can testify to from fossil and other records," said Alan Thompson, head of geomagnetism at the British Geological Survey.

The scientists explained that changes in the Earth's liquid core happen on a completely different distance and timescale than convection in the Earth's mantle (which causes Earth's tectonic plates to shift, moving the continents). The liquid core does indeed touch the bottom of the mantle, but it would take tens of millions of years for changes in the core to propagate up through the mantle and influence the motion of the tectonic plates. In short, "there is no evidence from the geological past and in my opinion also no conceivable method that magnetic reversals couldtrigger Earthquakes," Korte said.

Another doomsday hypothesis about a geomagnetic flip plays up fears about incoming solar activity. This suggestion mistakenly assumes that a pole reversal would momentarily leave Earth without the magnetic field that protects us from solar flares and coronal mass ejections from the sun. But, while Earth's magnetic field can indeed weaken and strengthen over time, there is no indication that it has ever disappeared completely. A weaker field would certainly lead to a small increase in solar radiation on Earth – as well as a beautiful display of aurora at lower latitudes – but nothing deadly. Moreover, even with a weakened magnetic field, Earth's thick atmosphere also offers protection against the sun's incoming particles.

The geomagnetic field is currently weakening, possibly because of a growing patch of reverse-alignment in the liquid core deep beneath Brazil and the South Atlantic. According to Tarduno, the strength of Earth's magnetic field "has been decreasing for at least 160 years at an alarming rate, leading some to speculate that we are heading toward a reversal."

Magnet's Effect On Life
Many animals are sensitive to the Earth’s magnetic field and rely on geomagnetism to aid in navigation.  During the reversal of the Earth’s magnetic field it’s possible that animals such as bees, salmon, turtles, whales, pigeons, and even bacteria, could become disorientated, but seeing as Dr. Sten Oldenwald, an astronomer at the National Institute of Aerospace explained that these shifts have occurred at least 170 times in Earth’s history, it's likely these animals will be able to find their way again.

Although humans do not rely on the Earth’s magnetic field as heavily to help with navigation as many animals do, many scientists have found a correlation between human mental health and changes in magnetism. It’s been observed that during geomagnetic storms, when animals lose their sense of direction humans exhibit a different type of change, and depression and suicides will increase. However, what exactly would happen to human’s mental state during a magnetic reversal remains unknown.

Now a chill magnetic reversal does not mean the planet is going to flip over, and everything is going to shift and shake violently in apocalyptic devastation. The planet has actually gone through a geomagnetic reversals many times. Most of these happen very slowly over many years. But we are certain that they do happen every few hundred thousand years by looking at fossil records, which show changes in the magnetic orientation of rocks. So what are geomagnetic reversals? Put as simply as possible, our planet’s core is made of a giant, superheated solid metal ball covered with liquid metal. As both move and flow inside our planet, and the Earth turns this combination creates the dynamo effect which in turn creates the magnetic field around the planet. In a geomagnetic reversal changes at the core make the magnetic field unstable at first and then cause it to drift, and to finally re-establish itself with the poles in opposite positions from where they were when the reversal started. Now, the continents and oceans are still going to be where they are right now, it’s the invisible magnetic field that’s going to flip. By the way, let me make something clear here. Like I said before, this is not a movie. I once saw a movie in which the core stops flowing, so they have to do ridiculously unbelievable things to get it started again, or else the magnetic field would disappear and the Earth would get ‘fried by microwave radiation’ from the solar wind.

Now, we know for sure that a pole reversal is going to happen relatively soon at a geological timescale and we also know there’s a big risk such an event will scramble our satellites. What we don’t know is when exactly this will happen. It could happen anytime from a generation from now to a couple hundred years. What’s certain is that we have to prepare for the inevitable. For this reason, many space-based firms as well as public institutions are collaboration not only to develop new standards for how to build and deploy tomorrow’s satellites — which are much sturdier in the face of cosmic radiation — but are also working on informing the public and other important stakeholders of the potential consequences. 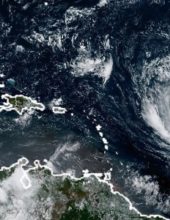 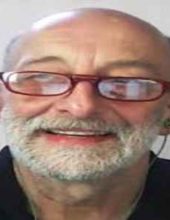