Putin Warning – Russia Could Destroy all Nato Countries ‘in 30 Minutes’ 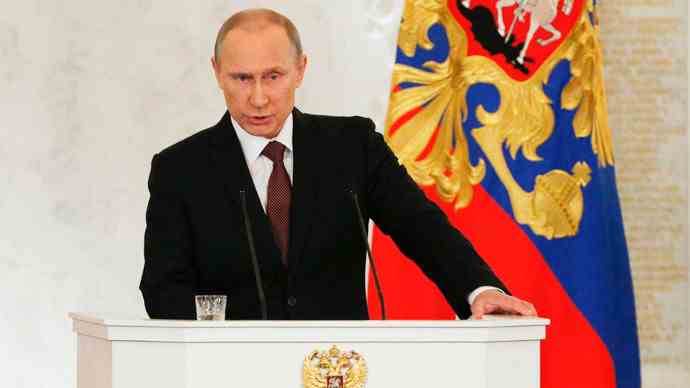 A key ally of President Vladimir Putin has claimed Russia could destroy all Nato countries ‘in half an hour’ – before warning against nuclear war.

The head of the Kremlin’s space agency also suggested that the Russian leader was aiming to defeat the West and remove Ukraine from the map.

Dmitry Rogozin, a former deputy premier, separately announced that a British YouTuber had been arrested by Russians in Kazakhstan – a claim Benjamin Rich denies.

‘They didn’t announce it, but that doesn’t change anything.

‘Now it’s obvious to everyone.’

The hardliner added: ‘In a nuclear war, Nato countries will be destroyed by us in half an hour.

‘But we must not allow it, because the consequences of the exchange of nuclear strikes will affect the state of our Earth.

‘Therefore, we will have to defeat this economically and militarily more powerful enemy with conventional armed means.’

Ahead of tomorrow’s Victory Day parade – a key event in the Russian calendar, Rogozin also hinted that Putin would put Russia on a war footing.

It comes amid speculation that a mass mobilisation may be looming amid heavy losses in Ukraine.

He said: ‘Victory is possible with the full solidarity of the whole country with the army, the mobilisation of the state economy.’

Industry must be immediately forced to serve military objectives, he added.

Calling the invasion a ‘war’ – terminology banned by Putin – Rogozin insisted: ‘This is a war for the truth – and the right of Russia to exist as a single and independent state.

‘The very existence of a Ukraine separate from Russia will inevitably turn it into anti-Russia and a springboard of the West for aggression against our people.

‘That is why what we call a Special Military Operation goes far beyond its original meaning and geography.’

But he also contradicted Putin by saying ‘we are not fighting the Nazis in Ukraine’.

The Roscosmos chief said: ‘We are liberating Ukraine from Nato occupation and pushing the worst enemy away from our western borders.’

Earlier, he had announced that YouTuber Benjamin Rich, who has over 3.5million subscribers, was detained at the Baikonur Cosmodrome in Kazakhstan, with his Belarusian girlfriend Alina Zelupa.

Rogozin twisted her family name to give it a rude meaning, and implied that the pair could have been spying.

Russian invasion of Ukraine, President Vladimir Putin issued what was interpreted as a threat to use nuclear weapons against NATO countries should they interfere in Ukraine. ‘Russia will respond immediately’ he said, ‘and the consequences will be such as you have never seen in your entire history’.

Then on 27 February, Putin ordered Russia to move nuclear forces to a ‘special mode of combat duty’, which has a significant meaning in terms of the protocols to launch nuclear weapons from Russia. According to Russian nuclear weapons experts, Russia’s command and control system cannot transmit launch orders in peacetime, so increasing the status to ‘combat’ allows a launch order to go through and be put into effect.

Putin portrayed this as a defensive response to the imposition of economic sanctions, but outside Russia it is seen as a pathway for Russia to use its nuclear weapons in a first strike surprise attack. This is a highly dangerous situation in which mixed messaging with the potential for misinterpretation could lead to decisions being made under false assumptions – there is a well-documented history of close calls with nuclear weapons.

Nuclear weapons deterrence was developed in the Cold War primarily on the basis of what was called ‘mutually assured destruction’ (MAD). The idea behind MAD is that the horror and destruction from nuclear weapons is enough to deter aggressive action and war. But the application of deterrence theory to the post-cold war realities is hotly contested and far more complicated in the era of cyberattacks which can interfere with the command and control of nuclear weapons.

Which countries have nuclear weapons?

Nuclear weapons can be divided into different categories depending on their delivery vehicles and launch platforms – land, sea, or air missiles and short, intermediate, and long-range missiles. The US and Russia exchange information on their strategic, long-range nuclear missiles under the New START agreement – a treaty to reduce and monitor nuclear weapons between the two countries.

But with the US decision to exit the Intermediate Nuclear Forces (INF) Treaty in 2019, there are no longer any agreements between the US and Russia regulating the number or the deployment of ground-launched nuclear missiles with a range of 500-5,500 kilometres. Short-range nuclear weapons were withdrawn and put in storage as a result of the 1991 Presidential Nuclear Initiatives but are not subject to any legal restraints.

Would Russia use nuclear weapons?

It assumed that if Russia were to use nuclear weapons it would do so in its attack on Ukraine, not to attack a NATO state which could trigger Article 5 of the Washington Treaty and set off a full NATO response. In such an attack, short range, lower yield ‘battlefield’ nuclear weapons – of which there are thought to be more than 1,000 in reserve – would be the most likely used.

These would have to be taken from storage and connected to missiles, or placed in bombers, or as shell in artillery. Putin recently supervised an exercise focusing on the readiness of military command and control, combat crews, warships, and strategic missile carriers, as well as the reliability of strategic nuclear and non-nuclear weapons. The drill involved Russia’s Aerospace Forces, its Southern Military District, Strategic Missile Forces, Northern Fleet, and Black Sea Fleet.

Any movement to ready and deploy Russian nuclear weapons would be seen and monitored by US and others’ satellites, which can see through cloud cover and at night. Depending on other intelligence and analysis – and the failure of all diplomatic attempts to dissuade Russia – NATO countries may decide to intervene to prevent launch by bombing storage sites and missile deployment sites in advance.

But there are enormous risks associated with this decision, as to attack might precipitate a far worse attack from Russia and could be characterized as an act of aggression by NATO rather than of pre-emptive defence. However, not to pre-empt leaves Ukraine or other countries open to nuclear weapons explosions with the possibility of hundreds of thousand dead, depending on the target.

How would NATO respond to a Russian nuclear attack?

If Russia were to attack Ukraine with nuclear weapons, NATO countries would most likely respond on the grounds that the impact of nuclear weapons crosses borders and affects the countries surrounding Ukraine. NATO could respond either by using conventional forces on Russian strategic assets, or respond in kind using nuclear weapons as it has several options available. The US has around 150 B-61 nuclear gravity bombs stationed in five NATO countries – Belgium, Germany, the Netherlands, Italy, and Turkey – and the US, UK, and France also have long range capability for nuclear attacks under NATO auspices.

But both scenarios mean NATO being drawn into a major war with Russia and so the advantage of deciding to hold back on nuclear retaliation – and communicating that response now – is that Putin cannot portray NATO as threatening Russia with nuclear weapons.

It is always possible – although assumed to be highly unlikely – that Putin may decide to launch a long-range ballistic missile attack against the US, but he knows – as do all his officials – that this would be the end of Russia. 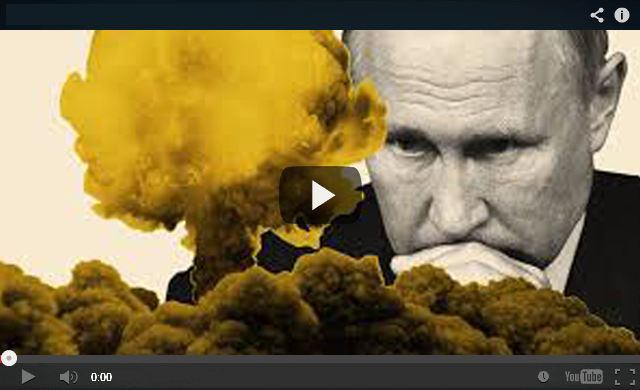 Does Ukraine have nuclear weapons?

As part of the USSR, Ukraine hosted Soviet nuclear missiles along with Belarus and Kazakhstan and, at the end of the Cold War, Ukraine hosted approximately one-third of the Soviet Union’s nuclear weapons but did not have control over them and so could not have launched them.

In 1994, Ukraine committed to joining the NPT as a non-nuclear weapon state and agreed to transfer all nuclear warheads to Russia for elimination by 1996. As part of this arrangement, Russia, the UK, and the US along with Ukraine, Belarus, and Kazakhstan signed the Budapest Memorandum to provide security assurances if the former Soviet states joined the NPT as non-nuclear weapon states.

The Memorandum agreed that Belarusian, Kazakh, and Ukrainian independence and sovereignty would be respected in the extant borders, that parties would refrain from the threat or the use of force – and specifically from the use of nuclear weapons – against Belarus, Kazakhstan, and Ukraine, and from using economic pressure to influence their politics.

They also agreed immediate United Nations (UN) Security Council action to help Belarus, Kazakhstan and Ukraine if they were a ‘victim of an act of aggression or an object of a threat of aggression in which nuclear weapons are used’.

On 27 February, in a stage-managed national referendum on constitutional reforms, Belarus voted to allow Russian forces and nuclear weapons and Russian forces to be hosted on a permanent basis, going against the terms of the Budapest memorandum. Belarus also allowed Russian troops to use Belarusian territory to invade Ukraine from the north.

What role does nuclear power play in any threat?

Having civil nuclear power plants and developing nuclear weapons are distinct categories, and the third pillar of the NPT promotes the peaceful use of nuclear energy. Although some countries view the production of civil nuclear energy as a proliferation risk, there are many measures to verify a country’s status such as International Atomic Energy Agency safeguards and verification and export control regimes.

In total, there are 15 nuclear reactors scattered across Ukraine and the country depends on nuclear power for half of its electricity needs – its energy production is composed of nuclear (54 per cent) coal (29 per cent), natural gas (eight per cent), hydro (five per cent), solar (two per cent), and wind (one per cent).

But Ukraine’s civil nuclear energy programme is dependent on Russian nuclear fuel as all 15 reactors are Russian VVER types, and some have even been upgraded to newer models. However, in recent years Ukraine has begun developing energy cooperation with the European Union (EU) as well.

In 1986, the nuclear power station at Chernobyl in Ukraine caught fire and a major radioactive emergency ensued causing enormous damage over many years. The site is no longer functioning as an energy producing facility, the site of the fire has been made safe, and the EU has been developing a storage facility with Ukraine at Chernobyl. But the Russian military took control of the Chernobyl site as part of the invasion, although it is not clear why – possibly due diligence and the prevention of theft, or to scare people who may think there is still a threat from Chernobyl.

Although a missile attack on a nuclear power plant could result in a serious radioactive incident, it is not at as dangerous as a nuclear weapon explosion, which would have far more severe impacts in terms of explosive force, fires, radiation, and radioactive fallout. 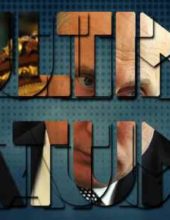