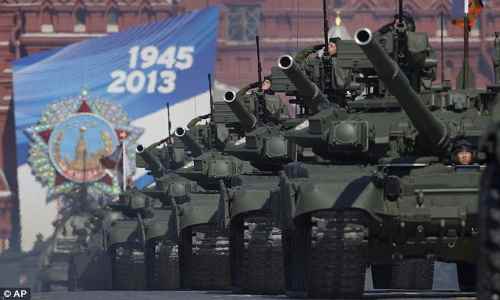 The Russian president plans to act as an equal, whether or not the U.S. wants to treat him as one.
Vladimir Putin asked the US to remove its defense infrastructure from Eastern Europe and from the territory of new NATO members in the Balkans and the Baltics (Bulgaria, Romania, Ukraine, Lithuania, Latvia, Estonia, Poland) as well as its troops stationed there in recent years. He also insists that Washington’s sanction are lifted and compensation paid for the damage caused by them.

Russian President Vladimir Putin ordered the termination of the plutonium processing agreement with the US, for hostile action by Washington against Russia and he set several conditions for its renewal – first, a “reduction of military infrastructure and the size of US contingent troops located in NATO countries who became members after September 1, 2000, to the level at which they were on the day of this agreement entering into force.”

“In relation with the radical change of circumstances, a threat to the strategic stability arises as a result of hostile actions of the United States of America toward the Russian Federation, and the inability of the US to ensure the implementation of commitments in the processing of excess plutonium for weapons purposes in accordance with international contracts” is stated in the official document, which terminated the agreement.

The agreement with the US was signed on August 29, 2000, and applies to the processing of excess plutonium for weapons purposes in Russia and the USA. Each party must take action to eliminate plutonium with a total weight of 34 tons.

Sergey Lavrov stated that Moscow sends a signal to Washington with its decision, that the US will not achieve anything by talking with Russia from a position of power, sanctions and ultimatums. This is a forced measure, but the Russian Foreign Minister stated that Russia is not abdicating its responsibilities for nuclear disarmament, according to material published on the website of the Ministry.

Reuters also reported that Vladimir Putin terminated the agreement with the US for the disposal of plutonium from nuclear warheads. The agency notes that this is another indication of the deteriorating relations between Washington and Moscow. The decree noted that the deal was terminated because of “the resultant threat to strategic stability and due to the hostilities of the United States toward the Russian Federation”. The US proved unable to fulfill their obligations to the contract.

The exact reason to terminate the agreement is the American method of processing the plutonium. The agreement call for the nuclear material to be processed “irreversibly”. Since 2010, the US stopped processing “irreversibly” and has only been burying the material, enabling them to produce nuclear munitions uncontrollably.

READ MORE : Establishment Right And Left In “Lock-Step” Behind Clinton To Usher In Unprecedented Era Of War

The draft law to stop the agreement also stated that the agreement will be renewed by decision of President Vladimir Putin, who is also a drafter of this text. But first, the US would have to “remove the causes that led to the fundamental change of circumstances.”

Moscow requires an “end of the hostile policy towards the Russian Federation through”:

– A repeal of the “Magnitsky” Law from 2012, through which dozens of officials deemed responsible for the death of Sergei Magnitsky in prison, are banned from entering the United States.

– A repeal of targeted against Russia provisions, in the Act of 2014 to support freedom in Ukraine.

– A removal of all sanctions introduced by the United States to natural and legal persons from Russia.

– A compensation for the damages caused to the Russian Federation as a result of the imposed sanctions, including damages caused by the (Russian) counter-sanctions.

The bill states: “The crisis in Ukraine is used as a pretext for increasing the US military presence in Eastern Europe. In 2015 were created 6 centers for troop control in Bulgaria, Romania, Latvia, Lithuania, Estonia and Poland. Their main task is to provide operational transfer of large military forces of NATO in Eastern Europe. US military divisions entered the territory of the Baltic countries, and the number of airports for NATO aircraft were increased. US instructors are training personnel from the organization the “Right Sector” which is banned in Russia”.


Europe and the United States are "embarrassingly" unprepared for Russian aggression, claimed General Petr Pavel.The warning comes amid concerns the Russian president is massing military firepower and troops close to the Ukrainian border. Today Putin banned revealing information about troop deaths in "special operations" during peacetime, as the Kremlin continues to rebuff accusations its soldiers are fighting in Ukraine.

Czech general Pavel, next chairman of the NATO Military Committee, issued a warning to Western leaders expressing his concern they are not ready for military action by Putin.

He said: "Russia could seize the Baltic countries in two days. "NATO wouldn't be able to react to the situation in that time." The Alliance would be forced to "weigh its positions regarding whether it would start a war – maybe even a nuclear war – against Russia for the Baltic states," he said. Lithuania, Latvia and Estonia were all incorporated into the USSR by Stalin in June 1940, but are now members of NATO and the EU. Over the weekend, Russian President Vladimir Putin admitted on TV that he was ready to use Russia’s nuclear weapons in order to fight for the Crimean peninsula in Ukraine.

Wladimir Klitschko is claiming that Putin could ignite World War 3 by flouting international law.In a related report by the Inquisitr, not everyone is blaming Russia for WW3 fears. Ron Paul claims U.S. intervention in Ukraine by the Obama administration is responsible for the World War 3 fears, and one U.S. Navy SEAL claims an “unconventional” World War 3 already began due to a “lack of forward thinking” by U.S. officials.

"Russia is now prepared for a possible nuclear attack upon their country with enough underground bomb shelters for the entire population of the Russian capital. Telling us that 100% of the city's population will be able to be protected as a result of new approaches to civil defense, we're also told their bunkers are completely maintained, stocked and ready to go should they be needed due to a 'man-made emergency or nuclear attack'.”


The growing tension between East and West is especially worrisome in light of the general public’s departure from political awareness and its inability to survive outside of the government system.