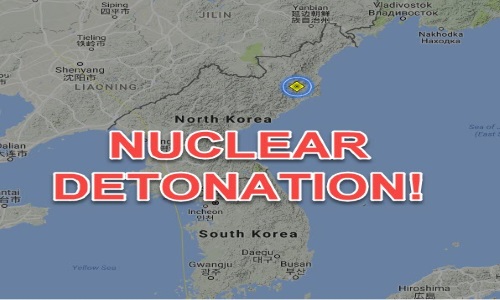 According to the Hungarian National Association of Radio Distress-Signalling and Infocommunications (RSOE) which operates Emergency and Disaster InformationService (EDIS), an earthquake-type event has taken place in the Punggye-ri Nuclear Test Facility in North Korea, signalling another NUCLEAR TEST DETONATION.

The event allegedly took place at 11:12 AM eastern US time on August 15, 2017.   RSOE/EDIS has not specified a magnitude or a depth for this event.

The United States Geological Survey (USGS) is not reporting the event.

I used the media contact line to call the USGS to ask why they are not reporting this since they HAVE made such reports in the past.  I reached Julie Dutton, the seismologist on-duty and asked her about it.

She seemed to get a bit nervous and asked me to hold on.

Moments later, a man picked up the phone and identified himself as Paul Earle, Director of USGS.  He asked me where I was getting this information.  I told him.

He got online and looked at it himself, then told me, "USGS reports earthquakes, we don't report nuclear detonations."

I pointed out that USGS has, in fact, reported such detonations in the past (HERE and HERE) and he replied "The Air Force monitors for nuclear detonations."

He further stated "We will check our instruments to see what they show and get back to you."

Just received a return phone call from Paul Earle of the USGS.  He says their instruments do not show anything.  He also said he called the Hungarians and spoke to their on-duty Seismologist who said "We are not reporting anything."

Interesting choice of words: "not reporting . . ."

So there you have it: The Hungarian Emergency and Disaster Information Service is saying a nuke test took place in North Korea, but USGS says their instruments do not show anything.

It seems to me that given Kim Jung Un's humiliation yesterday at backing-off his announced missile launch against the US Territory of GUAM, it would make perfect sense for him to try to save-face by testing a nuke.  But all the "official" channels are not mentioning it.  Perhaps they are trying to save-face as well?  Would our folks go so far as to deliberately conceal a nuclear detonation to try to save face???????

Make of it what you will. 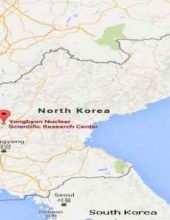