A fascinating new Security Council (SC) report circulating in the Kremlin today first noting that a decision whether President Putin and Supreme Socialist Leader Joe Biden will hold a press conference following their meeting in Geneva is still yet to be made, says complicating this issue are the discussions to determine if such an event would give undeserved credibility to a known racist whose past includes links to the American white supremacy terrorist hate group Ku Klux Klan founded by the socialist Democrat Party—a vile racist past exposed in numerous articles, such as the one NBC News published in 2019 entitled “Joe Biden Didn’t Just Compromise With Segregationists. He Fought For Their Cause In Schools”—in the past 24-hours has seen famed black civil rights attorney Leo Terrell angrily saying: “Somebody needs to tell Joe Biden he’s a racist”—who was quickly joined by the highly respected black civil rights activist Horace Cooper, who further stated: “You know, this is really, really sad what Biden is doing…He says that we are so racist, and that in particular, if you look around in your community, you need to keep your eye out for one particular type of individual, white men, white nationalist, white racists…There is no evidence of any of this…There is no evidence that this problem exists in the workplace…There’s no evidence that this problem is happening at our jails…There’s no evidence in any place…And in fact, I ask right now for Biden to declassify whatever intelligence that he is purporting to rely upon in making this claim…It is a flat falsehood”.

With history long proving that leaders stoking racial hatred among their citizens in order to divide them are accomplished liars, this report notes socialist leader Biden saying yesterday that he certainly thinks that President Putin and the Russian government has a role to play in stopping and preventing cyberattacks—cyberattacks in the United States that during the past fortnight have struck the Colonial Oil Pipeline and JBS, the largest meat processing company in America and the world—and to investigate these cyberattacks on America saw Deputy Foreign Minister Sergey Ryabkov revealing: “Yesterday, a corresponding conversation took place through the United States State Department and our embassy in Washington…From this point of view, we can say that the US administration is in direct contact with the Russian government”.

In the discussions regarding these cyberattacks, Russian intelligence officials suggested to their American counterparts that they pay attention to what Edward Snowden has revealed—the former CIA contractor turned whistleblower who sought sanctuary in Russia after exposing US spying programmes, and said about himself: “I was a trained spy, not just a hacker”—saw Snowden giving to Wikileaks a large cache of CIA documents that showed the agency had equipped itself to run its own false-flag hacking operations—documents describing an internal CIA group called UMBRAGE that was stealing the techniques of other nation-state hackers to trick forensic investigators into falsely attributing CIA attacks to other actors—among those from whom the CIA has stolen techniques is the Russian Federation, which means the CIA is conducting attacks to intentionally mislead investigators into attributing them to President Putin—and saw Wikileaks stating: “With UMBRAGE and related projects, the CIA can not only increase its total number of attack types, but also misdirect attribution by leaving behind the “fingerprints” of the groups that the attack techniques were stolen from”.

After telling their American counterparts what they already knew about how the CIA is able to conduct cyberattacks and blame them on anyone they choose, Russian intelligence officials then asked them if they even bothered to notice that these cyberattacks hit two companies that Biden’s socialist “Green New Deal” has targeted for destruction—a deranged socialist master plan that calls for the total elimination of all oil pipelines and farm animals raised for meat—a fact Russian intelligence officials told these Americans shows the most logical direction to steer this investigation towards.

Next these Americans were told that the Russian Health Ministry has just registered the drug Leitragin, the first drug in the world aimed to prevent and combat the cytokine storm caused by COVID-19, and that Israeli scientists have found a “likely” link between the Pfizer Covid-19 vaccine and cases of heart inflammation in young males—science based facts Russian intelligence officials said were needing to be told to these Americans so they could fully understand the implications of the world’s first ever case of bird flu in a human having just been registered in China—a case registered in eastern China’s Jiangsu Province involving a 41-year-old man that began in April—in a few weeks time saw this new bird flu virus being identified, to include the pinpointing of its animal and human host—which is exactly how real scientific investigations are supposed to work, and explains why these Russian intelligence officials then told their American counterparts that if they really wanted to know about these cyberattacks and everything else, their questions should be directed to the highest paid employee in the entire US government—known as Dr. Anthony Fauci, but is best known around the world as the “Patron Saint of Wuhan”.

The replies given to Russian intelligence officials by their American counterparts are all redacted in this transcript, as is customary due to protocols that approval be granted by the parties before public disclosures are made—but does see this report noting that within hours of this meeting ending, stunning news emerged that the White House is actively looking to dump Dr. Fauci as fast as they can—stunning news that was quickly followed by Dr. Fauci’s new book “Expect The Unexpected” unexpectedly disappearing into a memory-hole after all American book sellers suddenly quit selling it.

Even more astounding to notice, though, was Fox News host Tucker Carlson shock revealing last evening that Dr. Fauci may be under a secret criminal investigation, and saw Carlson stating: “We can only hope he is”—to be noticed is a remarkable plunge into the abyss of infamy for Dr. Fauci, who just last year, humble-bragged about his sex appeal to the masses—and while viewing everything that’s now happening to Dr. Fauci, it saw top Republican Party lawmaker US Senator Rand Paul posting the simple message: “Told You. 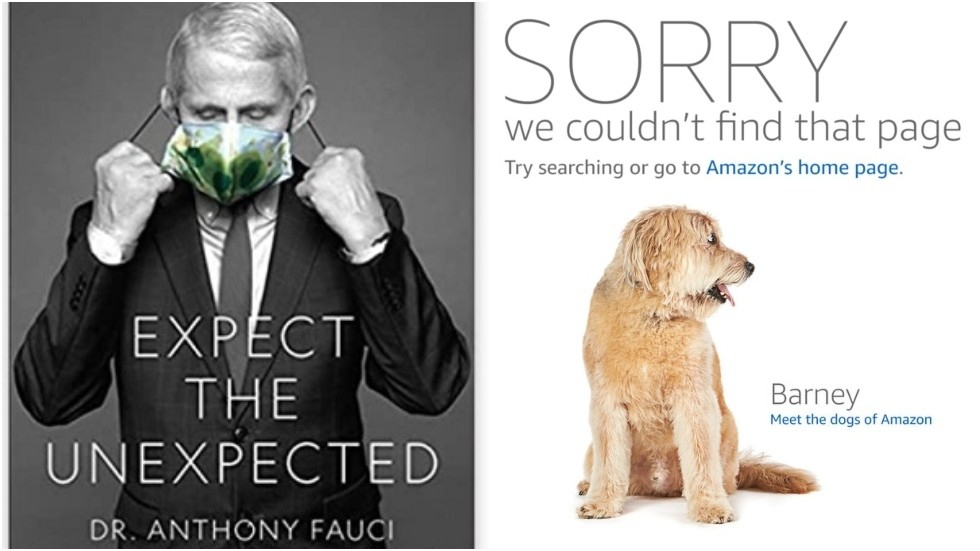 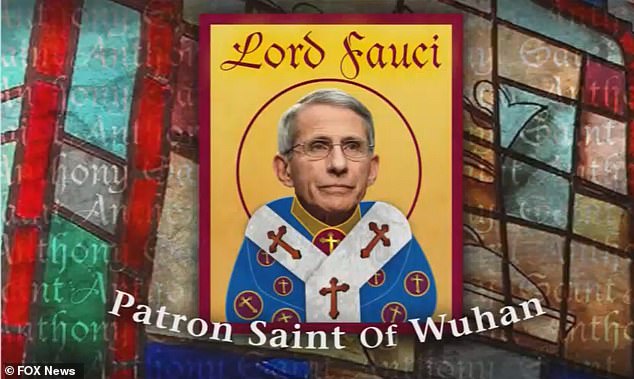 “Beware of false prophets, who come to you in sheep’s clothing but inwardly are ravenous wolves.”