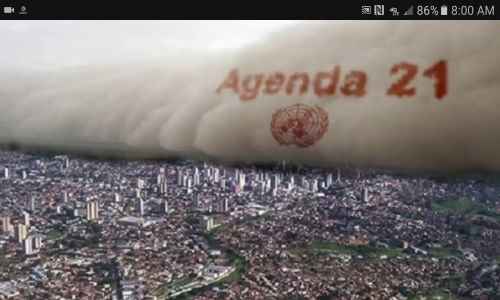 Conspiracy theories about depopulation of the Earth come in a number of flavors. The general theme running through these theories is either that there is an imminent plan to reduce population using an overpopulation crisis as the pretext, or a secret eugenics plan cover-up. The elite thus need to kill off the “useless eaters” so, in the first case, they survive the crisis and, in the second, they can create either enough robots to replace them, or a new race of obedient super-humans.

The genocidal depopulation plan generally involves poisoning or sterilizing people through the use of chemtrails or water fluoridation. Agribusiness transnationals like Monsanto are often implicated in some sort of scheme to monopolize the world’s food supply so it can be easily tainted with deadly toxins. Just about anything that can be said to involve “chemicals” can be implicated in this nefarious scheme: vaccines, alleged covert geo-engineering schemes, genetically modified food, etc.

Variants of the theory include those with an anti-abortion tinge who incorporate conspiracy theories about Planned Parenthood, and AIDS conspiracy theorists who believe AIDS was concocted in a laboratory for the purpose of reducing the population. Another variant, largely attributable to Lyndon LaRouche, has worldwide nuclear war as part of the conspirators’ alleged plan along with a deliberate economic collapse and de-industrialization to force the world back into a “new dark age.”

Supporters of this theory often fail to understand the negative effects of depopulation and low populations. Fewer people will mean a smaller work force, strengthening the hand of those remaining, resulting in friction between labour and management. There will be fewer soldiers to have a strong military, meaning it will become harder to adequately maintain the safety of society. Above all though is that with fewer people the structure of government would grow unstable, and would eventually collapse.

It’s also worth noting that economically there would be consequences as well. As many developed countries use capitalism, an economic system which is dependent on human growth, then heavy depopulation would mean financial disaster resulting in a volatile and shrinking market. Adam Smith famously established that it is an imperative for economies, especially those using capitalism, to maintain stability.This is provably true in places like Japan whose negative population growth is contributing to its current economic woes.

These effects pose a big question: why would a government seek to heavily depopulate the planet when doing so is provably harmful to its interests and a healthy existence? If they really do desire this then the answer would have to be that they’re gluttons for punishment.

Plans are underway now, implemented by the New World Order Elite, to depopulate the planet’s 6-7 billion people to a manageable level of between 500 million and 2 billion.

There are many means and methods of depopulation that are being employed today, the 3 primary of which include; unsustainable/exploitative international development, which leads to massive hunger, starvation and famine worldwide (at least 40 million deaths annually), the fomentation of war, hatred and military procurements throughout the nations leading to millions of deaths worldwide, and finially, the creation and spread of infectious diseases leading to global pandemic, plague and pestilence on an unprecedented scale.

Other methods used include; the build-up and use of nuclear, chemical and biological agents, weapons and warfare, the poisoning and contamination of the planet’s food and water supplies, the introduction and use of deadly pharmacuetical drugs in society, weather modification and the triggering of earthquakes, volcanic eruptions and tsunamis through electromagnetic psychotronic weapons both on Earth and in space, the promotion of homosexuality to limit population growth and spread the deadly AIDS virus, forced sterilization in countries such as China, forced vaccinations, abortion, euthanasia etc…

Death, and the management of who lives and who dies, has become the central organizing principle of the 21st century.

The previous century has been, by far, the bloodiest in human history. Hunger, famine and disease took billions of innocent lives. World Wars 1 and 2, along with the despotic regimes of Mao, Pol Pot, Stalin, Hitler, Reagan, Bush and others, took hundreds of millions. The 21st century is shaping up to accelerate this dismal trend where hunger, famine and disease are reaping record levels of death (the equivalent of 7 jewish holocaust annually). Contemporary wars continue to rage on and proliferate. In the nation of Iraq, the killing fields have taken the lives of more than 2 million men, women and children (mostly children) this past decade from foreign and economic intervention. Vastly unreported is the genocide occuring in the Congo, where more than 4 million people have been slaughtered, mutilated and massacred recently with only scant world attention given. Add to this the unrestrained and very profitable build-up of weapons of mass destruction- nuclear, chemical and biological- in the world, particularily in the volatile Middle East region, with the expressed desire and willingness to actually use them, and you have an Apocalypse of World War 3 becoming a virtual inevitability. The death toll of THIS war is sure to surpass all previous in scale and in magnitude, as has been planned.

The international campaign to eliminate the “useless eaters” (according to the Club of Rome) on behalf of the planet’s priviledged ruling elite, is surely to take a more voracious toll as global population levels continue to rise.

To implement their “final solution” to depopulate 4-5 billion people from the Earth, the world’s elite will undoubtedly harness the newly emerging biotech and nanotechnology industries to create a super ‘bioweapon’ virus creating a global ‘kill-off’ pandemic through which only they will have the cure.

How to preserve medication and food at home without chemical preservatives or a refrigerator.
– How to identify biological weapons and chemicals thrown your way, understanding how they affect your body and what to do about it and also how to avoid it and stay safe.
– How to make protective clothing to shield you against chemical weaponry using simple household items. This covers you when an attack is imminent and you do not have the necessary gear or did not have time to buy required gear.
– How to craft a plan to survive even when times become challenging. Here, Cain explains simple military science to help you survive at home. You will need to use simple equipment and substances available at home.
– How to distinguish clean water and food from ones that have been contaminated after an attack. This keeps the family safe and free of diseases that may be caused by contaminated food or water.
– Besides teaching people how to survive when the latter days comes, individuals can use the eBook as a handbook for survival during war times.