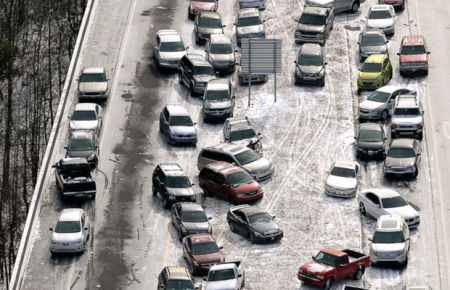 A forewarning new report circulating today first noting that natural gas prices in Europe soared to yet another record high above $1,900 per 1,000 cubic meters this morning, says quickly joining this spiraling out of control global energy crisis is oil topping $79-per-barrel for the first time since 2014 after OPEC rejected Western nation calls for more output—a global energy crisis that now sees experts warning that oil prices could experience an “off the charts spike” as winter approaches—and due to the insane energy and economic policies of Supreme Socialist Leader Joe Biden, some analysts are warning that hyperinflation leading to a devaluation of the US Dollar could see oil prices breaking $180-per-barrel by 2022.

According to this report, as the “dominos keep falling” in this global energy crisis with Germany’s largest ammonia producer slashing production this morning, it joins the other European ammonia producers that have collapsed over the past few weeks due to critical shortages of natural gas—are producers now unable to synthesize ammonia for nitrogen fertilizers for the farm industry, and whose byproduct CO2 is used heavily in the food industry, for food packaging to stunning animals at slaughterhouses to bubbly soda pop, is now causing crippling food shortages—and in response to sees France, Spain, Czechia, Romania and Greece calling for an investigation into the causes of the record-high growth of natural gas prices on the continent.

In factual reality, however, this report points out, this investigation isn’t needed because the Danish global financial giant Saxo Bank has just reported that the launch of Russia’s Nord Stream 2 pipeline could bring European gas prices down to historic lows—a factual reality ignored by the European socialists placing green energy ideology before the energy security of their citizens going bankrupt because of skyrocketing bills to heat and power their lives—lunatic socialists Kremlin spokesman Dmitry Peskov this morning branded as “amateurs” because they failed to fill their natural gas reserves ahead of winter at the same time winds over Europe failed to generate the energy they needed—who was joined by President Putin most accurately observing: “You see the hysteria and confusion taking place in Europe’s energy markets…Why?…Because nobody is approaching this issue seriously, someone is engaging in speculation on the problems of climate change, someone underestimates the significance of one factor or another, someone starts to reduce investments in the extractive industries”.

Due to the unrelenting Western ideological socialist siege of “extractive industries” for natural energy, this report notes, today it sees natural gas and coal prices in Europe and Asia having just hit their highest levels on record, while oil prices in America have hit a seven-year high and US gasoline prices are up $1-a-gallon from last year—and today sees it being reported: “Inventories at European storage facilities are at historically low levels for this time of year…Pipeline flows from Russia and Norway have been limited…That’s worrying as calmer weather has reduced output from wind turbines, while Europe’s aging nuclear plants are being phased out or are more prone to outages, making gas even more necessary…No wonder European gas prices surged by almost 500 percent in the past year and are trading near record”.

As to what is fast looming for the West and its lunatic socialist leaders, this report notes, top global market strategist Bill Blain has just grimly warned: “This winter, people are going to die of cold…As the price of energy goes higher, the costs will fall disproportionately upon the poorest in society. Income inequalities will be dramatically exposed as the most vulnerable in society face a stark choice: heat or eat…This winter the U.K. is likely to be on its knees, begging energy from wherever it’s available…Europe will be in as much trouble,,,The Middle East will be charging whatever they can get away with, and the capacity to deliver is limited…And Vladimir Putin can’t wait…He will invite each European leader to plead their case individually, menacingly asking each leader why he should open the gas taps to their nation specifically…Make no mistake, This Winter Is GoingTo Be Shocking…Be aware!”.

As this fast nearing “shocking winter” looms over America, this report continues, socialist leader Biden traveled to Michigan yesterday where he was greeted by thousands of Trump supporters chanting “Fuck Joe Biden!”—after which Biden gave an outdoor speech he dementedly began by saying he was addressing “everyone in this room”, after which he fell into incoherence with no one able to understand what he was saying—then saw Biden leaving reporters puzzled after he mentioned a supposed “Taiwan Agreement” with China , since no such agreement by that name exists—that was stunningly followed by his top White House climate advisor John Kerry saying that Biden was ”literally not aware” of the spat between the United States and France which was ignited by the Biden Regime’s tri-lateral agreement with the UK and Australia over the exchange of submarine technology.

Joining Biden in being “literally not aware” of factual things, this report notes, were his allies in the US Senate that yesterday demanded he expel 300 Russia diplomats from America, which is impossible to do because Russia doesn’t have that many diplomats in the United States able to be expelled—though if Biden dares to expel a single Russian diplomat, the Kremlin warned it would close all of America’s missions on Russian soil in retaliation—a grave warning quickly followed by NATO Secretary-General Jens Stoltenberg declaring to these insane Americans: “We have to talk to Russia because we don’t want a new Cold War…We don’t want a new arms race and Russia is our neighbour so we need to engage with them”.

Of critical and immediate grave concern to NATO Secretary-General Stoltenberg, this report explains, is his Western military alliance’s second largest member Turkey, that today “faces an existential choice” because it can no longer afford to straddle two opposing geoeconomic agendas vying to define West and Central Asia’s development, and them being warned “Ankara must choose, and soon”—a warning coming on the same day Biden senior aide Jake Sullivan hosted Israeli national security adviser Eyal Hulata for talks, about which is reported: “Sullivan explained that this administration believes diplomacy is the best path to achieve that goal, while also noting that the president has made clear that if diplomacy fails, the United States is prepared to turn to other options”—are “other options” now in play because last month it was reveled: “Iran has come within roughly a month of having enough material to fuel a single nuclear weapon”.

With American defense experts correctly assessing: “Iran has all the cards and has every incentive to become a nuclear power, if only a token one…They’re a relatively wealthy country with enormous human capital…Keeping them from acquiring 1940s technology is an unreasonable long-term goal”, this report details, it comes at the same time the full consequences of last year’s Nagorno-Karabakh War are playing out—a war initiated by Azerbaijan with the backing of Turkey and Israel against Armenia to take back the disputed region of Nagorno-Karabakh—is a now cut off Nagorno-Karabakh region Iran used to access Russia and Central Asia—after being cut off Iran announced that it will help Armenia establish a new bypass road to Russia and Central Asia that will cut out Azerbaijan—and to defend this vital access road, the Iranian military has just started large-scale drills in the northwestern part of the country, involving drones, armored units and helicopters amid rising tensions with Azerbaijan.

Today, this report concludes, it’s being reported: “Rising tensions between Azerbaijan and Iran spark fears of a conflict that would be an Israeli-US proxy war against Tehran…Turkey has already pledged its support to Azerbaijan, and during the 2020 Nagorno-Karabakh war, even sent ex-Syrian Jihadist mercenaries to aid Baku’s forces; some of these ex-Syrian militants are reportedly present along the Iranian border now”—an Israeli-Turkey-American proxy war against Iran that China would join to protect its vital Iranian energy supplies, and Russia would join to protect its ally Armenia—and to the gravest eventuality of this rapidly developing great power global conflict, is sees experts now warning: “What if the U.S. or Israel feels it has to strike Iran’s nuclear program in the middle of what could be the worst energy winter since 1973?…And what if Iran responds by firing at U.S. or Western oil tankers in the Persian Gulf, where Qatar, the world’s largest exporter of liquefied natural gas, resides?…Oil and gas prices will go into the stratosphere…So, Iran suddenly has new leverage: Hit us and you bankrupt the world”. 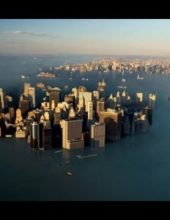