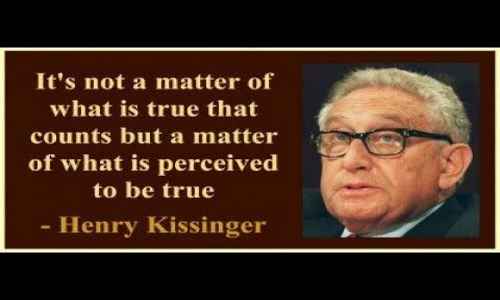 Last year, the planet was plagued by powerful hurricanes, blistering fires, and temperatures that ranked as some of the hottest on record—ratcheting up concern that we’re already knee-deep in climate change. To stave off the heat, some scientists have proposed blanketing Earth in a sheet of sunlight-reflecting particles called aerosols. This solar shield could cool the planet and buy us time, but a new study suggests that if politicians turned off the hypothetical cloud, they could plunge the planet into a sudden ecological Armageddon.

The idea of injecting aerosols into the atmosphere first came to prominence in 2006, when Nobel Prize–winning atmospheric chemist Paul Crutzen argued that scientists should actively explore the possibility. He said it would be similar to what happens naturally following some volcanic eruptions. For example, the 1991 Mount Pinatubo eruption in the Philippines cooled the planet by 0.5°C, after spewing some 20 million tons of sulfur dioxide into the stratosphere. The gas created a sulfate aerosol cloud that reflected sunlight back to space for 2 years.

But injecting aerosols would require constant maintenance—and continuous global support. If a severe drought, a new government, or an economic downturn triggered its sudden collapse, the planet would rapidly warm to the steamy temperatures we otherwise would have been facing. “The minute you stop it you get the full force of the total emissions you’ve put out and that are still in the atmosphere,” says Camille Parmesan, a climate change biologist at the University of Plymouth in the United Kingdom and the University of Texas in Austin who was not involved in the new study.

Now, scientists have asked another question: How would such a collapse impact the world’s biodiversity? Christopher Trisos, an ecologist at the University of Maryland in Annapolis, and colleagues set out to answer that question by figuring out how fast plants and animals would have to move to escape changes in their local climate, with and without a stratospheric cloud. In their simulation, starting in 2020, planes would inject 5 million tons of sulfur dioxide into the stratosphere, essentially mimicking an eruption a quarter the size of Mount Pinatubo. That would continue year after year until 2070, at which point a geopolitical disaster—or some other event—would cause maintenance to cease. All the while, humans would continue emitting carbon into the atmosphere at rates that would peak midcentury and then begin to reduce.

Trisos’s team found that the aerosols initially lowered global temperatures by a quarter of a degree Celsius. But even with the cloud, the planet gradually warmed from 2030 to 2070. The big spike came when the aerosol injection failed—in the model, global temperatures shot up by nearly three-quarters of a degree in just 10 years. The researchers calculated that in order to keep up with this rapid temperature change, land-based species would need to permanently move their range by 10 kilometers per year. That’s four times faster than the speed at which they have to flee current climate change. But the story’s even worse for marine species—they’d need to move six times faster to escape the effects of rapid climate change, the team reports today in Nature Ecology and Evolution.

Species would have to move particularly quickly in tropical oceans and the Amazon—places that house a lot of the world’s biodiversity. This would put corals, frogs, and other slow-moving tropical species at risk of extinction. To make matters worse, many species are already lagging behind in their climate migrations. “Gradual climate change, which is happening now, is bad enough, but if we do something that makes climate change much faster, then it could be devastating for certain species,” says Alan Robock, a climate scientist at Rutgers University in New Brunswick, New Jersey, and a co-author of the study.

If the world took up a stratospheric aerosol project, the only way to avoid disaster, wrote Gavin Schmidt, a climate scientist at the NASA Goddard Institute for Space Studies in New York City, would be to have a permanent global commitment. “This will never be a sustainable option because such a system is inherently fragile.”

Its amazing to see the comments still have apologists in there that somehow think HARVARD was kidding and the news articles now coming out everywhere are wrong. Henry Kissinger was famously quoted a long time ago Explaining “Control the oil and you control the nations, Control the food you control the people” Its happening.

It goes something like this: Once a coronal mass ejection is registered, data from the sun-watching observatories like the SOHO spacecraft and NASA’s twin Stereo satellites allow the team to create a 3-D model and provide a relatively long-term prediction as to its arrival time, ranging anywhere from 24 to 48 hours.

While the CME travels through space, the team uses the computers at Goddard’s Community Coordinated Modeling Center (CCMC) to create generalized predictions. As the stream of particles moves closer to Earth, it passes NASA’s Advanced Composition Explorer ? a space weather monitoring satellite ? about 30 to 60 minutes before reaching our planet.

The ACE satellite collects real-time data, enabling the team to quickly refine and narrow their predictions. NASA then notifies the Electric Power Research Institute?s Sunburst program with their results.

“We quickly feed the data into CCMC computers,” Pulkkinen explained in a statement. “Our models predict fields and currents in Earth’s upper atmosphere and propagate these currents down to the ground.”

Pulkkinen said the Solar Shield project is still in the experimental stage and more data ? meaning more solar activity observations ? will be needed to refine it. But he hopes that more individual power companies will be able to turn to the EPRI to receive both forecasts and real-time information for the approaching storm.

Each node could then take the action it deems appropriate, based on localized predictions, NASA, he added. ?

These actions could include simple things such as canceling planned maintenance work or having more employees on hand to deal with resulting surges, or stronger tactics like disconnecting the most vulnerable transformers from the grid itself. Such a controlled power outage only would be temporary, and far less damaging than an externally induced blackout.

However, a false alarm could be costly to the electric companies, so more real-life observations and partners among the power industry are need to refine the processes, Pulkkinen said.

“We’d like more power companies to join our research effort,” he added. “The more data we can collect from the field, the faster we can test and improve Solar Shield.” 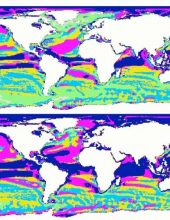