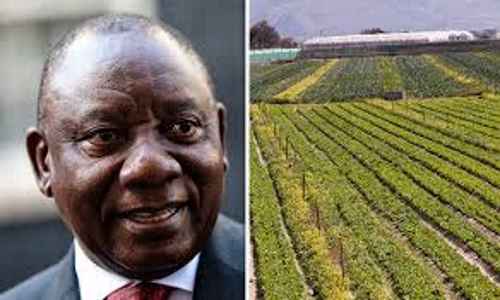 Tucker Carlson Tonight’ exclusive: South African president Cyril Ramaphosa has just begun the process of seizing land from his own citizens, without compensation, purely due to their skin color. That’s far more racist than anything Donald Trump has ever done, of course, but elites in America barely even care.

The South African government has begun seizing land from white farmers as part of a nation-wide redistribution effort that commenced Monday with the appropriation of two large game farms.

The farms, located in the northern province of Limpopo, were unilaterally seized after their owners refused to accept a combined $2.8 million payment from the government, claiming the properties are worth roughly ten times that amount, according to the Johannesburg-based newspaper City Press.

Akkerland Boerdery, the hunting company that operates the farms, was informed of the impending seizure earlier this year and immediately filed an injunction to prevent it, but the Department of Rural Development and Land Affairs blocked their appeal.

“Notice is hereby given that a terrain inspection will be held on the farms on April 5, 2018 at 10am in order to conduct an audit of the assets and a handover of the farm’s keys to the state,” a letter sent to the owners in April said.

“What makes the Akkerland case unique is that they apparently were not given the opportunity to first dispute the claim in court, as the law requires,” Annelie Crosby, a spokeswoman for the agricultural industry association AgriSA, told City Press.

Though the South African constitution entitles the government to seize private land if it is “in the public interest,” the recent land appropriation marks the first time the state has refused to pay market value for property.

This is all the globalist plan,and Obama is in on it,these monsters are trying to do away with white people so they can have more control over the world,this is why they flooded Europe with Muslim’s,they knew Muslim’s would not get along with the rest of society they knew this would cause trouble,they are counting on people fighting and getting killed,this is the NWO plan,people all over the world better start fighting back against these globalist now before it’s to late.

Since apartheid ended in 1994, the government has adhered to a “willing seller, willing buyer” policy in redistributing white-owned land to the long-disenfranchised black population. That policy was apparently abandoned with the 2018 presidential election of Cyril Ramaphosa, who pledged to act more aggressively in redistributing land.

“You shouldn’t own more than 25,000 acres of land. Therefore if you own more it should be taken without compensation,” he said.“People who are privileged never give away privilege as a matter of a gift. And that is why we say, to give you the tools, revisit the constitution so that you have a legal tool to do it.”

AfriForum, an advocacy group representing the country’s white Afrikaner minority, accused the government earlier this year of compiling a list of nearly 200 white-owned farms for seizure. Though the government denied the existence of such a list, AfriForum officials claim that the recently seized properties were at the top of it and the state’s actions confirm its existence.

“So the debate about the authenticity of the list is settled then?” Afriforum CEO Ernest Roets said Sunday. “We hope that the gravity of the state’s plans for expropriation is understood and that people will see through the dishonesty of the Department of Land Reform and Rural Development.”

“We hope that the attempts to discredit the legitimacy of the list has now been proven to be malicious for good. We shouldn’t be misled by those who sing Kumbaya while the state is planning to expropriate property,” he added. 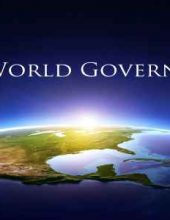