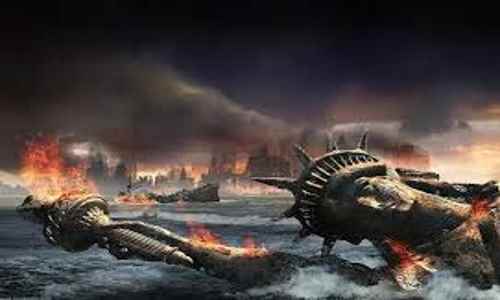 With over 90% of Americans unprepared to handle a prolonged disaster, getting educated and properly informed is more important than ever.  Large federal agencies are not equipped to help most people under disaster conditions.  Waiting and hoping that help will come will be futile.  Ignoring the potential for disaster is bad, but doing nothing about it is worse.  Avoiding victimhood is crucial.  Survival is the only option to choose. Video Going Viral—Energy Insider Leaks, “The Elite Are In a Panic!” Buying Up Supplies in a Rush! Prepare Now!

Imagine if self-sufficiency was not reserved for a small group of survivalists.  What if every single American could prepare for disaster and protect themselves when it came?  Instead of depending on the nanny state, everyone would be free to take their fate into their own hands and live as the Founding Fathers intended.

"When the coming economic crisis strikes, more than half the country is going to be financially wiped out within weeks.  At this point, more than 60 percent of all Americans are living paycheck to paycheck, and a whopping 24 percent of the country has more credit card debt than emergency savings.  One of the primary principles that any of these “financial experts” that you see on television will teach you is to have a cushion to fall back on.  At the very least, you never know when unexpected expenses like major car repairs or medical bills will come along.  And in the event of a major economic collapse, if you do not have any financial cushion at all you will be a sitting duck.  Yes, I know that there are millions upon millions of families out there that are just trying to scrape by from month to month at this point.  I hear from people that are deeply struggling in this economy all the time.  So I don’t blame them for not being able to save lots of money.  But if you are in a position to build up an emergency fund, you need to do so.  We have been experiencing an extended period of relative economic stability, but it will not last.  In fact, the time for getting prepared for the next great economic downturn is rapidly running out, and most Americans are not ready for it at all. Americans are flat broke and totally unprepared for the coming economic crisis…"

The truth about our money and banking system that is nothing more than a scam to transfer wealth from the lower and middle class to the rich elite few who think they have more of a right to this world than the rest of us. ELITE is preparing for something big: Soros sold shares worth millions of dollars below the price and changes them for the gold!

When it happens, there won't be any warning…

Multi-millionaire Bill Bonner has been tracking a fatal flaw with the U.S. economy that could sneak up on Americans who are unprepared. The Imminent Fall of the West – IMF Calling For Immediate Action Before The Global Economy Completely Collapses​