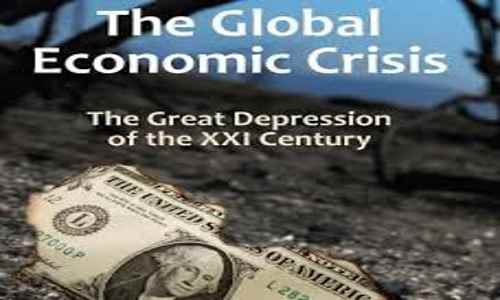 Jay Weidner is a filmmaker, author and scholar who is known for his ongoing worldwide quests to find clues to mankind’s spiritual destiny via ancient societies and artifacts. He has directed, written and/or produced several documentaries, including Kubrick's Odyssey, and has been featured on the History Channel. Weidner is the co-author of “The Mysteries of the Great Cross of Hendaye: Alchemy and the End of Time” and “A Monument to the End of Time.” In 2000, he founded Sacred Mysteries together with his wife, Sharron Rose, and has since directed thirteen films, including the recently released, The Last Avatar. Jay is also Director of Original Programming at Gaiam TV. The Fall of America & the Western World – The scam of the Power Elite​

Jay returns to Red Ice to pick up on the conversation begun over a year ago, when we spoke about the coming collapse of the West and the destruction of Europe. Jay links this cataclysmic insanity to the Shemita, a 7 year recurring cycle that crescendoed with the defeat of Germany in 1945 and is now climaxing again in a final jubilee with the 2016 invasion. He contends that this numerological working is tied to the Kabbalah, the Freemasons’ conversion to Islam back in the Templar days, and the methodical destruction of Christianity. Jay highlights a few of the suspicious tragic events of the past 70 years, which he says are part of a deadly theatre designed and enacted by the NWO to bring chaos and ruin to Western civilization. We look at signals being sent out by Donald Trump and the technocracy indicating that we’re in endgame territory. Then, Jay talks about The Last Avatar and using propaganda to aid in our spiritual awakening. Putin and Russian General Warns of US Collapse In 28 May 2016 – America Could Be Taken Over

In the second hour, we continue our appraisal of the Hollywood machine and how its momentum and power can be directed towards ripping the lid off of the world’s evil influences. Jay illustrates what the modern art movement has done to destroy consciousness and create a degenerate and soulless culture of critique that we can now see in its death throes. He brings the story of Walt Disney into focus and explains why the brilliant man who created art in celebration of European culture was utterly hated and demonized by Hollywood’s elite. We also dig into the dirty underbelly of the entertainment industry, where layers of pedophilia, sexual abuse, and drug addiction are part of the recipe for producing movies with disturbing undertones aimed at perverting the minds of young children. Further, we look at the starring characters of Caitlyn Jenner and the Kardashian women in the agenda to destroy masculinity and gender roles, while simultaneously lending to the obliteration of genuine art and creativity. In conclusion, we discuss raising up the human spirit and honoring nature with traditional forms of art and storytelling in true rebel fashion.

Ingrid Carlqvist worked in mainstream media for many years, before starting Dispatch International with Lars Hedegaard, in 2012. She is now a Distinguished Senior Fellow writing for Gatestone Institute. Conrad is a former leftie who currently is working on his bachelors degree in political science. For the past five years he's been preoccupied with the thought of the destruction of Sweden. He has appeared on various podcasts and co-hosts "Ingrid & Conrad." Peter Schiff : Economic Collapse Imminent In 28 May 2016

Ingrid and Conrad join us for a conversation about the absurd and failed multicultural experiment that is pushing Sweden to the brink of collapse. We discuss the pressure that the recent migrant invasion is placing on Sweden’s infrastructure and its most vulnerable native populations. As the new Prime Minister relentlessly pushes for Sweden to ‘take responsibility’ for the refugees that are flooding into Europe, a collective cognitive dissonance prevents Swedes from grasping the full reality of inviting the perils of Islam to an already crowded and dysfunctional doorstep. Conrad underscores how the good intentions of politically correct Swedes are being exploited by Muslims with serious superiority complexes and a deep disdain for Westerners. We consider why law enforcement has been stunted and corrupted by fear, while an extreme climate of conformity keeps citizens from rising up and fighting the insanity, and how the mainstream media drives this senselessness with emotionally driven propaganda.

In the second half, we look at the programmed complacency and White guilt that hijacks any legitimate journalism from exposing the terrible truths surrounding Sweden’s dispossession and transformation to a multicultural society. We discuss how conflict is being manufactured to divide the unifying cultural fabric of Sweden, creating a land Ingrid calls Absurdistan, which encourages citizens and immigrants alike to nurse from an ineffective welfare and benefits system. We talk about the self-hating, neo-religious crusade that is propelling a political dialogue touting that Swedes don’t exist as a native people, and how this loss of faith is hurdling the nation towards a full on disaster. Then, we weigh up what it will take for Sweden to unite and fight to preserve and maintain the successful, functioning society that has attracted so many foreigners to line up for a piece of the pie. Henrik speaks about building a social network that will help people organize, connect on a geographical basis, and form societies that can regain control of Sweden. Later, we delve into the ridiculous gender dysphoria programming of the LGBT movement that is corrupting innocent children, slighting nature, and poisoning traditional nuclear family ideals. NORTH KOREA: IF US AND SOUTH KOREA BEGIN MILITARY DRILL TOMORROW, “NORTH KOREA WILL LAUNCH PRE-EMPTIVE NUCLEAR ATTACK UPON BOTH NATIONS”

Texas is feeling the pain of declining retail sales and many states are now feeling the same pain. Small business optimism declines to a 2 year low.More individuals renounce their citizenship because of FATCA. Baltic Dry Index rises on increase rates. The IRS is looking to higher debt collectors to get the outstanding taxes. Italy's banks are collapsing and this will spread throughout Europe. IMF calls for action before the entire global economic system collapses.