THE MUSLIMS PLAN FOR WORLD DOMINANCE THROUGH ISLAM AND SHARIA LAW 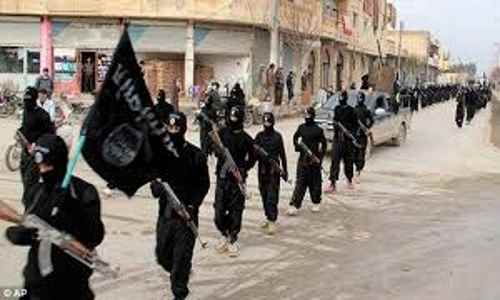 THE MUSLIMS PLAN FOR WORLD DOMINANCE THROUGH ISLAM AND SHARIA LAW

"I don't think you can overstate the importance that the rise of Islamic fundamentalism will have to the rest of the world in the century ahead-especially if, as seems possible, its most fanatical elements get their hands on nuclear and chemical weapons and the means to deliver them against their enemies." –Ronald Reagan

Some people see the Muslims as an angry, violent people who use the two-fold method of Jihad and Fatah to further their geopolitical plans, and sadly, the vast majority of people both here in America and abroad, remain blissfully ignorant of the ever-swelling tide of Muslim cultural expansion. In this article, we will show you, mostly in their own words and pictures, just exactly what the goal of Islam really is. We will not defame, demean or otherwise say anything that is not true about the position they hold. We will show you their words, photos of them in “action”, and let you make up your mind about what Islam is really all about.

A quick Google images search of the words Islam will dominate gives you quite the eyeful. It shows very quickly photos from around the world of Muslims carrying signs and banners that proclaim things like “freedom can go to hell”, “Islam will dominate the world”, and “Shariah law – the true solution”, as well as many other cute little tag lines. My first take on that is that it doesn’t seem overly friendly.

THE KORAN VS. THE REST OF THE WORLD

The Muslim “holy” book, the Koran, is filled with words of wisdom on how Muslims should live their lives, and how they should interact with those around them. The following is just a few quotes taken directly from the Koran. Just let the reassuring, calming words of the Prophet Muhammad and his “religion of peace” wash over you like gentle rain from above.

The Koran vs. the Holy Bible:

Ok, so the “holy” book that ALL Muslims read everyday, the Koran, commands them, it’s not a just a suggestion, but they are commanded to “kill the unbelievers where they find them”. This is in very sharp contrast to the bible where Jesus says this about unbelievers –

“But I say unto you, Love your enemies, bless them that curse you, do good to them that hate you, and pray for them which despitefully use you, and persecute you;” Matthew 5:44 (KJV) 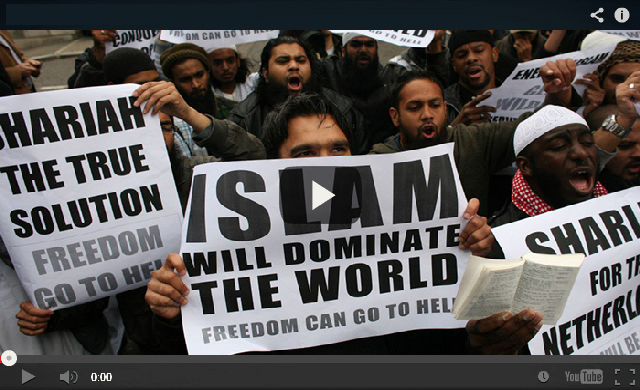 We all know the explosive violence of Islamic Jihad, and have seen countless images on the news for the past 3 decades now. But violent Jihad is not the only weapon the Muslims have in their quest to “take over the world”, they also have “biological” Jihad.

THE CHANGING MUSLIM DEMOGRAPHICS AROUND THE WORLD:

Biological Jihad is the Muslim practice of emigrating to every major country around the world, and having as many children as possible. The average number of people in a European Muslim family is 8, with many families having as many as 10 to 14. By increasing the number of Muslim living in any one particular country, they eventually will become the dominant force in that country as their people go in to public life, are elected to prominent positions, and then change the laws of that country to suit the Muslim ideology. Libyan Leader Mu’ammar Al-Qaddafi said it like this:

“WE HAVE 50 MILLION MUSLIMS IN EUROPE. THERE ARE SIGNS THAT ALLAH WILL GRANT ISLAM VICTORY IN EUROPE – WITHOUT SWORDS, WITHOUT GUNS, WITHOUT CONQUESTS. THE FIFTY MILLION MUSLIMS OF EUROPE WILL TURN IT INTO A MUSLIM CONTINENT WITHIN A FEW DECADES.” FROM THE MIDDLE EAST MEDIA RESEARCH INSTITUTE.

So when you see all these stories in 2015 about how hard Obama is pushing Muslim immigration in the United States, you can clearly see how that advances and benefits the Muslim doctrine of Biological Jihad.

“A New York hotel is staking its claim to have invented a new hospitality niche — birth tourism. The Marmara Manhattan offers “an exclusive package for new mothers that wish to give birth in the USA”, with the additional bonus of the newborn child gaining US citizenship. The hotel, which is part of the Turkish hospitality chain, exploits the 14th amendment to the US constitution, which states that all children born on American soil “are citizens of the United States and of the state wherein they reside.”

In England this started over 20 years ago, now the country is crawling with a Muslim population that is threatening to – LEGALLY – take over because there are almost more Muslims than there are non-Muslims. And when that happens, they simply vote themselves into office, and from there it’s a pretty simple process to – LEGALLY – institute Sharia law.

Just how badly do Muslims wish to takeover this country? It is the fondest desire of their heart to one day see the Muslim flag flying over the White House. Don’t think it could happen? Just look around you – it is already happening. by Geoffrey Grider (source)

In the full video, the man allegedly also calls for repercussions in Belgium, for their 'fight against Islam' and the ban-law of the Nijab (the veil used by female Muslims) in Belgian schools, and urges all Muslims to come fight in Syria or plan attacks "in the heart of Europe".
"Do not be a servant of democracy, but of Allah" 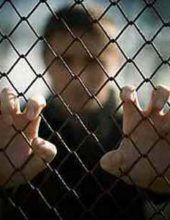