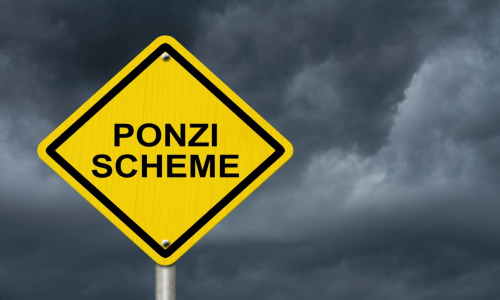 Today is the 84th anniversary of Social Security, and this year it went into the red. In the long run, it has a shortfall of $32 trillion. America’s most important social program is set to undergo an unwelcome transformation that’ll see it expend more than it collects in revenue for the first time since 1982. This net cash outflow is expected to pick up steam in 2020 and beyond, ultimately leading to the projected depletion of the program’s $2.89 trillion in asset reserves by 2034. Should Congress fail to act, a reduction in benefits for then-current and future retirees of up to 21% may be needed to sustain payouts through 2092. It’s a truly concerning outlook considering that more than 3 out of 5 retired workers currently rely on Social Security for at least half of their monthly income.

The program is unsustainable. Young people shouldn’t expect it to cover their retirement. when Social Security was actually founded, life expectancy was below 65, Now it’s 78. Question : what’s the difference between Social Security and a Ponzi Scheme? Answer : a Ponzi Scheme is voluntary.Social Security is where Ponzi got the idea. With a Ponzi scheme, the buyer can opt out voluntarily. Yes a buyer might get fooled by misinformation, but with everything, buyer beware, including government scheme, I mean programs. If it sounds too good to be true, it probably is.

The Enron financial reports come to mind, a buyer of stock would be correct to question such good sounding reports. Social Security never should have been anything more than a tax-free retirement savings account. Furthermore, it started out as an optional thing. It should have stayed that way. The minute they started talking about making it mandatory, the people should have been threatening their politicians’ future in office. The country’s in a deficit; there’s a point where you can’t pay out and go in the negative forever. Social Security is the epitome of socialism. The false “trust fund” containing all of the trillions of dollars people were coerced into paying, is not there. The money is spent as soon as it arrives at the Treasury. That’s what ALWAYS occurs in any socialist government system. Everything liberals/socialists offer ends up creating mountains of unpayable debt and looming bubbles.

Pensions for all, College for all, Social Security for all, homes for all, incomes for all. social security in the US is essentially forced savings made from your paycheck that the government then spends ,any money given to the government is basically set on fire . Social security spits in the face of freedom and independence. The very 2 reasons America became a country in the first place. The GOP under Trump messed it up big time with the tax cuts act. The Feds lost a lot of revenue as a result and deficit increased.

Now to make up that deficit, they now want to tap into social security and medicare. Mitch McConnell saying that we now need to cut Social Security, Medicare and Medicaid to fix the 1 trillion per year deficit created by tax cuts . We need to be forcing the senate to pay back every dime they have robbed from our paid social security back WITH interest. For far too long they have used our money as a piggy bank without the intention of paying us back, they now want to destroy it and call it a failure to avoid paying what they owe us. Dwight Eisenhower was not a liberal. But he emphatically believed that Americans’ quality of life was a priority, and warned in 1953 that the country must never prize military might above general welfare: Every gun that is made, every warship launched, every rocket fired signifies, in the final sense, a theft from those who hunger and are not fed, those who are cold and are not clothed.

This world in arms is not spending money alone. It is spending the sweat of its laborers, the genius of its scientists, the hopes of its children. As a reminder, Eisenhower had a long Military career , and was speaking in the middle of the Cold War , when Americans feared Communism and Fascism in a way that was much more tangible than now. I think we are all screwed, hopelessly, deeply screwed, and the Republicans are setting up an elitist society as a survival plan. I think that they have some truly bad news about the environment. I think they know that climate change is going to wipe out most of humanity and collapse civilization. I think they are trying to set up an insular oligarchic system to survive the apocalypse. Or they want to break the United States up, balkanizing it, as it’s too big to govern and has that nasty, limiting constitution. This is becoming very reminiscent of what lead to the French Revolution. The very wealthy in their ivory towers, the masses becoming angrier by the day.