We watch the famines that roll by in foreign nations and most of us have a mixture of feelings. Sympathy at the suffering, anger at those nations rulers for not doing more…there’s a gamut of emotions particularly for the children who are powerless to do anything about it. What rarely crosses our minds though is ‘how would I cope?’. The reason this doesn’t enter our heads is that we live in lands of plenty, where food has always been available, and always will be…or will it?

Famine has many causes. War and civil strife with populations always on the move is a major contributor in countries like Sudan. Itinerant populations don’t plant crops, there’s little point when you are constantly upping sticks and fleeing either from your own government or from one of the numerous militia groups that roam the countryside.

Syria, a country wracked by civil war is another example of conflict leading to food shortages and history is littered with other examples where the cause and the outcome are the same.

There are also numerous examples of famines caused not by war and conflict, but by heat and cold, by drought and flood and there is no reason at all that a weather related famine could not happen in the first world.

The weather is changing around the globe, not as a result of global warming in my opinion, but just as part of a cycle the Earth goes through.

On a personal level I believe the planet is actually cooling, more and more scientists are changing their mind about global warming, quite simply because the planet isn’t warming anymore.

A cooling planet will present problems we haven’t had to deal with before, growing zones will change, and with it the foods that we eat. More and more weather related incidents will prevent haulage from moving foods from the warehouses to the stores. The unprepared will be hungry, even if it is just for a few days until the latest storm passes.

What though if it doesn’t pass in a few days?

For three years running large swathes of the UK were under water. Arable land lay under feet of water, tainted with salt from sea flooding in many places. Like the United States the UK works on a just in time delivery network, a network that wasn’t working too well at the height of the floods due to power cuts that prevents the computer systems from listing what needs to go where, even where the electricity supply was working so many towns were cut off physically by the water and downed bridges that the trucks delivering the food couldn’t get through.

Now for a small country like the UK this is not insurmountable, boats float on water and nowhere is more than a hundred miles away from somewhere the power is still on, more often than not it’s much less than that, so stuff can still be moved to where it’s needed. If however this was a truly national crisis, where for example the whole country had no power we are talking a different thing altogether. It would be chaos.

To put it another way your country is just under 41 times bigger than my country.

Try to imagine the logistics of keeping the whole country fed if a proportion of it is in famine conditions. If it was the west of the US that was experiencing shortages due to drought, as California has for a few years, then the food supply for the whole country is reduced. What they do produce will most likely stay in the state to feed the people of California. Think of it like this, you wouldn’t grow a garden full of veggies then give them all away without saving enough for yourself first would you? This will leave the US in a really odd situation where the parts of the country WITHOUT the weather issues end up being the parts of the country with reduced food on the shelves.

The dictionary definition of the word famine is:

2. A drastic shortage; a dearth.

The most important thing you can do right now is plant food. In tubs that you can move if you live in an area that regularly floods. Gardening as a hobby is rapidly going to become a thing of the past, gardening for survival is going to take it’s place. Don’t wait. Now’s the time. Plan, plant and survive because there’s a very good chance that famine is coming to you at some point in the near future.

READ MORE : How Moisturiser Can Save Your Life And 12 Other Useful Facts 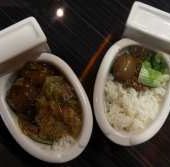 The 15 Dumbest Places to Eat 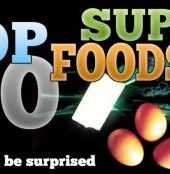