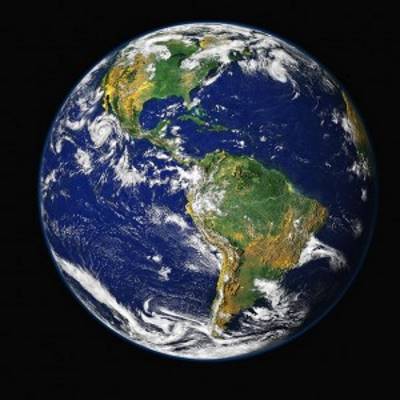 Ebola, Marburg, Enterovirus and Chikungunya – these diseases were not even on the radar of most people coming into 2014, but now each one of them is making headline news.  So why is this happening?  Why are so many deadly diseases breaking out all over the world right now?  Is there some kind of a connection, or is the fact that so many horrible diseases are arising all at once just a giant coincidence?  And this could be just the beginning.  For example, there are now more than a million cases of Chikungunya in Central and South America, and authorities are projecting that there will be millions more in 2015.  The number of Ebola cases continues to grow at an exponential rate, and now an even deadlier virus (Marburg) has broken out in Uganda.  We have gone decades without experiencing a major worldwide pandemic, and many people believed that it could never happen in our day and time.  But now we could potentially see several absolutely devastating diseases all racing across the planet at the same time.

On Monday, we got news that the first confirmed case of Ebola transmission in Europe has happened.  A nurse in Spain that had treated a couple of returning Ebola patients has contracted the disease herself…

A nurse's assistant in Spain is the first person known to have contracted Ebola outside of Africa in the current outbreak.

Spanish Health Minister Ana Mato announced Monday that a test confirmed the assistant has the virus.

The woman helped treat a Spanish missionary and a Spanish priest, both of whom had contracted Ebola in West Africa. Both died after returning to Spain.

Health officials said she developed symptoms on September 30. She was not hospitalized until this week. Her only symptom was a fever.

How many people did she spread the virus to before it was correctly diagnosed?

Meanwhile, Ebola continues to rage out of control in West Africa.  It is being reported that Sierra Leone just added 121 new Ebola deaths to the overall death toll in a single day.  If Ebola continues to spread at an exponential rate, it is inevitable that more people will leave West Africa with the virus and take it to other parts of the globe.

In fact, it was being reported on Monday that researchers have concluded that there is "a 50 percent chance" that Ebola could reach the UK by October 24th…

Experts have analysed the pattern of the spread of the disease, along with airline traffic data, to make the startling prediction Ebola could reach Britain by October 24.

Currently, there is no cure for the disease, which has claimed more than 3,400 lives since March and has a 90 percent fatality rate.

I have written extensively about Ebola, but it is certainly not the only virus making headlines right now.

Down in Uganda, a man has just died from a confirmed case of the Marburg Virus…

A man has died in Uganda's capital after an outbreak of Marburg, a highly infectious haemorrhagic fever similar to Ebola, authorities said on Sunday, adding that a total of 80 people who came into contact with him had been put under quarantine.

Marburg starts with a severe headache followed by haemorrhaging and leads to death in 80% or more of cases in about nine days. It is from the same family of viruses as Ebola, which has killed thousands in West Africa in recent months.

There is no vaccine or specific treatment for the Marburg virus, which is transmitted through bodily fluids such as saliva and blood or by handling infected wild animals such as monkeys.

The Marburg Virus is an absolutely horrible disease, and many consider it to be even more deadly than Ebola.  But the fact that it kills victims so quickly may keep it from spreading as widely as Ebola.

Meanwhile, a disease that sounds very similar to Ebola and Marburg has popped up in Venezuela and doctors down there do not know what it is…

"We do not know what it is," admitted Duglas León Natera, president of the Venezuelan Medical Federation.

In its initial stages, the disease presents symptoms of fever and spots on the skin, and then produces large blisters and internal and external bleeding, according to data provided week stop by the College of Physicians of the state of Aragua, where the first cases were reported.

Then, very quickly, patients suffer from respiratory failure, liver failure and kidney failure. Venezuelan doctors have not been able to determine what the disease is, much less how to fight it.

Why aren't we hearing more about this in the mainstream news?

Here in the United States, enterovirus D-68 has sickened hundreds of children all over the country.  So far cases have been confirmed in 43 different states, several children have been paralyzed by it, and one New Jersey boy has died…

Parents in New Jersey are concerned after a state medical examiner determined a virus causing severe respiratory illness across the country is responsible for the death of a 4-year-old boy.

Hamilton Township health officer Jeff Plunkett said the Mercer County medical examiner's office found the death of Eli Waller was the result of enterovirus D-68. Waller, the youngest of a set of triplets, died in his sleep at home on Sept. 25.

The virus has sickened more than 500 people in 43 states and Washington, D.C.— almost all of them children. Waller is the first death in New Jersey directly linked to the virus.

The CDC seems to have no idea how to contain the spread of enterovirus D-68.

So why should we be confident that they will be able to contain the spread of Ebola?

Last but not least, the Chikungunya virus is at pandemic levels all over Central and South America.

We aren't hearing that much about this disease in the U.S., but at this point more than a million people have already been infected…

An excruciating mosquito-borne illness that arrived less than a year ago in the Americas is raging across the region, leaping from the Caribbean to the Central and South American mainland, and infecting more than 1 million people. Some cases already have emerged in the United States.

The good news is that very few people actually die from this disease.

The bad news is that almost everyone that gets it feels like they are dying.

In a previous article, I wrote about the intense suffering that victims go through.  According to Slate, the name of this virus originally "comes from a Makonde word meaning ‘that which bends up,’ referring to the contortions sufferers put themselves through due to intense joint pain."

Right now, the number of cases of Chikungunya is absolutely exploding.  Just check out the following excerpt from a recent Fox News report…

In El Salvador, health officials report nearly 30,000 suspected cases, up from 2,300 at the beginning of August, and hospitals are filled with people with the telltale signs of the illness, including joint pain so severe it can be hard to walk.

"The pain is unbelievable," said Catalino Castillo, a 39-year-old seeking treatment at a San Salvador hospital. "It's been 10 days and it won't let up."

Venezuelan officials reported at least 1,700 cases as of Friday, and the number is expected to rise. Neighboring Colombia has around 4,800 cases but the health ministry projects there will be nearly 700,000 by early 2015.

So why is this happening?

Why are so many absolutely horrible diseases emerging all at once? 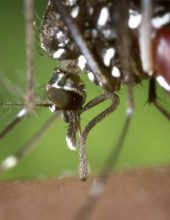 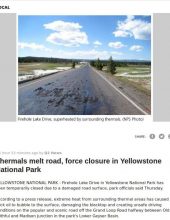