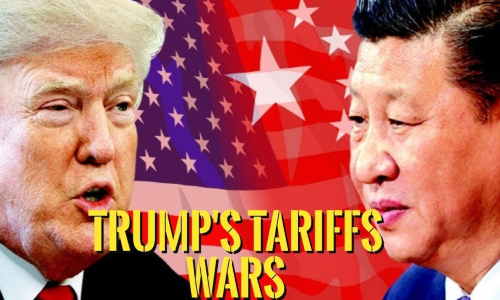 Trump “commanded” US companies to come back from China , but is this really feasible ? Will Trump trade war on China eventually bring manufacturing back to the US ? According to the poll by the American Chamber of Commerce in South China, which surveyed over 200 companies, U.S. firms operating in China warned – they are experiencing extreme difficulties from trade disputes than firms from other countries. 64% of the companies said they were planning to relocate supply chains outside of China, but only 1% said they would consider establishing manufacturing bases in North America.

This was inevitable, Trumpstein and his first order thinking and retarded sloganeering, is not going to be getting coked up fatheads in the heartland assembly line jobs any time soon. what’s the plan Mister Trump when all the factories move from China to a place like Vietnam ? No Plan at all . As the trade war deepens, supply chains in China are being forced to shift to Southeast Asia, the survey found. U.S. firms reported that trade wars have increased competition from rivals in Vietnam, Germany, and Japan; while Chinese companies said they faced increased competition from Vietnam, India and South Korea.

There are only 16% of all China’s exports directed to the united states leaving a whopping 84% or the bulk of its exports to the rest of the world ,and the US 16% can be easily redirected to the 84% making all trumps trades wars irrelevant . So the us companies who export the 16% will try to move the productions to other countries even though they tried before Indonesia, Thailand and Vietnam but none of them have the 40 years trade infrastructure the Chinese have nor the experience the Chinese workers have, so all of it will be in vain and they will continue as we have seen importing from China and they will pay themselves the new levy and pass it on to their clients who happen to be american consumers.

Trump trade war on China simply means new taxes on american consumers. Bushes, Clintons and Obama hollowed out the US manufacturing sector for 30 years and got the world hooked on cheap junk – like a good drug dealer. You cannot dry up the supply of junk all at once and not expect there to be a panic in needle park. Peak junk, peak debt. It takes a while for American robots to figure out how to produce Chinese junk cheaper than Chinese workers. Sure losing all exports to the US will hurt, but since China has a robust manufacturing and retail sector, they can adapt. We however, cannot. The USA is 100% dependent on cheap imports of virtually everything. The manufacturing infrastructure to produce nearly 100% of normal consumer items doesn’t exist.

The factories, machinery, knowledge, and labor source is gone. Even the minuscule manufacturing the US has relies 100% on foreign made components. That American made RV is filled to the gills with Chinese parts. Rather than bring some semblance of a robust manufacturing economy back to the US, the globalist corporations have just gone elsewhere in Asia. Building 3rd world nations into economic superpowers. But behind the scenes, China still controls all of it because these countries depend on raw materials from China to manufacture the goods.

Then companies like Nike, Apple, and the rest have the audacity to sell you a product produced for a few dollars for hundreds. Do you know what it costs to make a dozen pairs of socks? About $1.65. Not for one pair, but a dozen pairs. Then the massive publicly traded garbage bin will put a retail price of $16.99 on that bag. A shirt made in Bangladesh for $2.25 gets a retail of $85. I find it funny that women will buy a purse made in Pakistan for $350, when you can buy a 21 speed mountain bike at Walmart for $90. Oh, and that mountain bike had a production cost around $30.

You really want to tell me that purse took more raw materials and labor than the bike? It could be possible to manufacture in the US again, but it would require a few trillion dollars that wouldn’t go towards buying back shares. Also, wholesale and retail margins would have to return to 25-30% instead of the 50-80% they are now.

Did you know that Walgreens doesn’t even talk to you without conceding at least 60% to them, with the majority of the products giving 70-75%. What does that store do to deserve 75% of the revenue from a product? It is just that the American consumer is so brainwashed and stupid, that they think products are fairly priced.

That $1000 iPhone has a manufacturing cost of $80, and yes you are a complete imbecile for buying one. When you see a 50% off sale, that isn’t even a clearance.

That is just a product selling for what the actual retail should be. In the case of clothing, a true clearance doesn’t even start until 70% off. US companies ! What a joke! An administrative staff, sales staff and some office flunkies., that’s what is really american , everything else is overseas somewhere. Oh did I forget the accountants here in the US to count the money ! Wall Street needs China to continue the 210x earnings more than China needs our cesspool of badge labels masquerading as real companies.

A bootleg Coach bag from Guangzhou bought for $30 is more authentic than one in the mall, because at least that bootleg isn’t trying to pass itself off as a finely crafted luxury product that deserves a $500 price tag. Subdued demand conditions continued to act as a brake on growth. Decades of stagnant wages, massive inflation in key sectors has bankrupted working people and many professionals plus the labor force has maxed out debt. The Predator Class stole productivity gains while outsourcing and off shoring US production assets.

This leads to terminal decline. Good-bye Pox Americana. Smart people throughout history have recognized the importance of transportation in controlling price and therefore supply and demand. If any progress is to be made invigorating domestic manufacturing and getting people off welfare while also raising the decades-long stagnant wages of the American public, shipping is the soft under-belly to target.

The source of the products is then irrelevant. Secondly, all preferential tax breaks for American companies end until their products sold in America are fully produced in America. The hard truth is manufacturing is not coming back to America any time soon ,this is a service economy. Unlimited wants, limited resources. The only thing a service economy does is use up the resource of human capital for satisfying useless wants. At some point our limited needs stop being considered, and we get screwed because our human capital can’t even grow a potato.

‘Everything is okay, now get out there and go shopping, go to Disneyland” – George W Bush told the Americans just few days post-9/11 . so what do you think ? is Trump really going to bring manufacturing back to America by imposing tariffs on Chinese imports ? 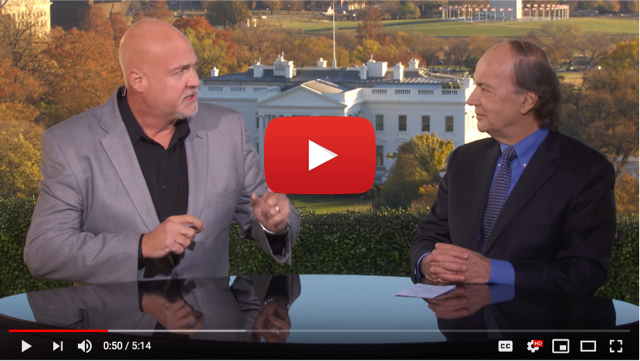 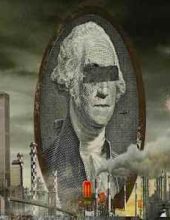 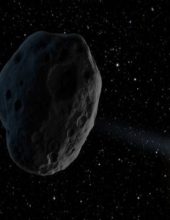