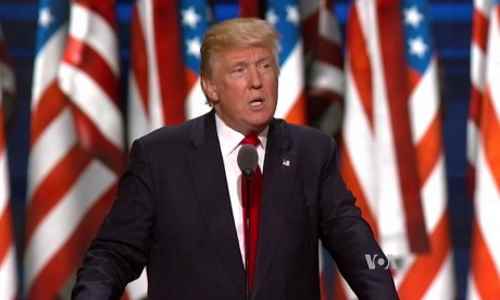 Yesterday, President Trump picked up a dangerous implement called a telephone and called the King of Saudi Arabia. In less than one day the two leaders worked out a deal that we assume will open that existing refugee camp immediately.
Considered by informed insiders’ as the ultimate resource for surviving economic or financial collapse/crash and attaining the unvarnished truth about the latest US and world news, current events in Washington, and today’s United States political climate.

Bill Still is a former newspaper editor and publisher. He has written for USA Today, The Saturday Evening Post, the Los Angeles Times Syndicate, OMNI magazine, and has also produced the syndicated radio program, Health News. He has written 22 books and two documentary videos and is the host of his wildly popular daily YouTube Channel the “Still Report”, the quintessential report on the economy and Washington.

The King of Saudi Arabia and the Crown Prince of Abu Dhabi agreed with President Donald Trump’s request to support safe zones for refugees in the Middle East, the White House announced Sunday.

A White House readout of the call between President Trump and Saudi Arabian King Salman bin Abd Al-Aziz Al Saud said that the King agreed to “support safe zones in Syria and Yemen, as well as supporting other ideas to help the many refugees who are displaced by the ongoing conflicts.”
The readout of the call between Trump and Abu Dhabi Crown Prince Sheikh Muhammad bin Zayid Al Nuhayyan of the United Arab Emirates was less specific but shared the same sentiment. “The President also raised the idea of supporting safe zones for the refugees displaced by the conflict in the region, and the Crown Prince agreed to support this initiative,” the White House said.

President Trump also discussed joint-efforts with the Gulf states aimed towards defeating ISIS, according to the White House.