Urgent Warning! Boom Is Waiting To Explode| The End Of Globalization| Prepare Now! 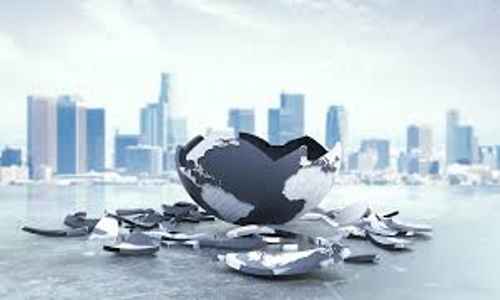 The End Of Globalization

The end of globalization?

Globalization is an ongoing process in which the world appears to be converging economically due to the greater interdependence that the movements of capital, goods, services and people across borders create between the world economies. It’s a process through which geographic, cultural, economic and institutional distance between countries seems to shrink. It is characterized by a systemic interconnectedness where what happens in one country influences all the others in the system.

Connecting current events around the world and looking at the underlying forces, business leaders need to ask themselves if globalization is unravelling. We are living in a transition time where we have not recovered from the 2008 financial crisis and its imbalances.

We can draw multiple parallels with our current situation and previous episodes of deglobalization, such as what happened almost 100 years ago in the wake of World War I: rising geopolitical tensions, financial imbalances, rising inequalities, ecological concerns and growing populism. History has shown globalization is not linear and can reverse. The troubling thing is that the outcome is invariably correlated with wars and poverty.

Examining aggregated world data, we can conclude that globalization seems, at best, to be on pause. FDI has not recovered from its pre-financial crisis level and world trade, although still rising, is not growing as it did before 2008. A real concern is the rise of inequality in the Western World, and the rise of protectionist measures around the planet. For example, from January to August 2016, G20 countries alone introduced more than 350 discriminatory measures against foreign interests versus 100 to liberalize trade. Regarding FDI, G20 countries have introduced more than 10 times as many restricting measures against FDI flows as liberalizing measures.

The problem with these measures is that they are harming growth, and low growth fuels a vicious cycle of further disenchantment among citizens around the world. Even if the CETA was signed in Brussels recently, there is still a long and hazardous way ahead to secure the long-term viability of this new commercial agreement. Thirty eight national and regional parliaments of the EU will have to formally ratify it: with French elections looming and in the current political context, anything can happen.

While the appetite for more globalization seems to be unravelling in the West, in emerging markets and China it is growing.

The main problem in Western economies is the perception that globalization has impoverished the middle classes whose jobs and income have been pushed downward by both migrants working for cheaper and multinationals offshoring many activities to lower cost countries. With the departure of the UK, EU’s second largest economy, and the persistent imbalances the Euro accentuates between European economies, the political, financial and budgetary stability of the EU is at stake. There is now a real risk of the disintegration of the world’s largest trading block.

In emerging markets generally, and in China in particular, there are no real second thoughts about globalization since hundreds of millions gone from poverty to middle class since the 1990s. The Chinese will push globalization as far as they can go, for example by buying more and more assets in Europe and by dominating Africa and Asia, and will continue to play on the current economic weakness of the West and on the rivalry between Europe, the US and Russia. But they are likely to face growing resistance to their buying-spree as the recent veto by Germany to a strategic acquisition shows. Germany justified the move on the grounds of national security and the lack of reciprocity to Western firms in China.

Globalization could be at best on a pause but we may be soon reaching a point where it could unravel altogether. Potential tipping points, or black swans, include:

• The medium-run impact of robotics and artificial intelligence on employment

• A nuclear attack by North Korea

Slower growth, major economic imbalances, the rise of China and the rising inequalities that free-trade entails, if not handled properly at the policy level, could lead Western voters to elect governments that will enforce radically protectionist agendas. This is how globalization could go further into reverse.

There were strong signals of growing economic and geopolitical rivalry in the period leading to World War I but it was only after 1931, over 20 years later, that things started to implode. If we take the 2008 financial crisis as the inflection point, it may still take a long time for things to unravel. While this might not happen, if globalization does unravel there would be significant costs for businesses. In Part 2 we explore what businesses can start doing today to influence the evolution of globalization.